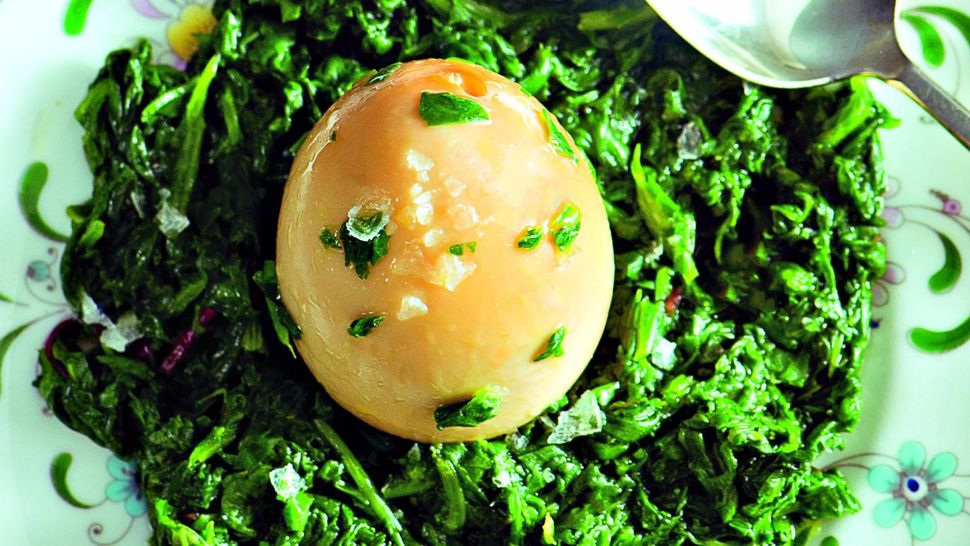 The egg, according to Joan Nathan, in her new “King Solomon’s Table,” is one of the most ancient symbols of birth, rebirth and mourning. Image by Gabriela Herman

One of the most ancient symbols of birth, rebirth and mourning is the incredible egg. Observant Jews eat them for breakfast or lunch on the Sabbath, cooked overnight in their Sabbath stew or boiled in water laced with onions or coffee for flavor and a dark color. 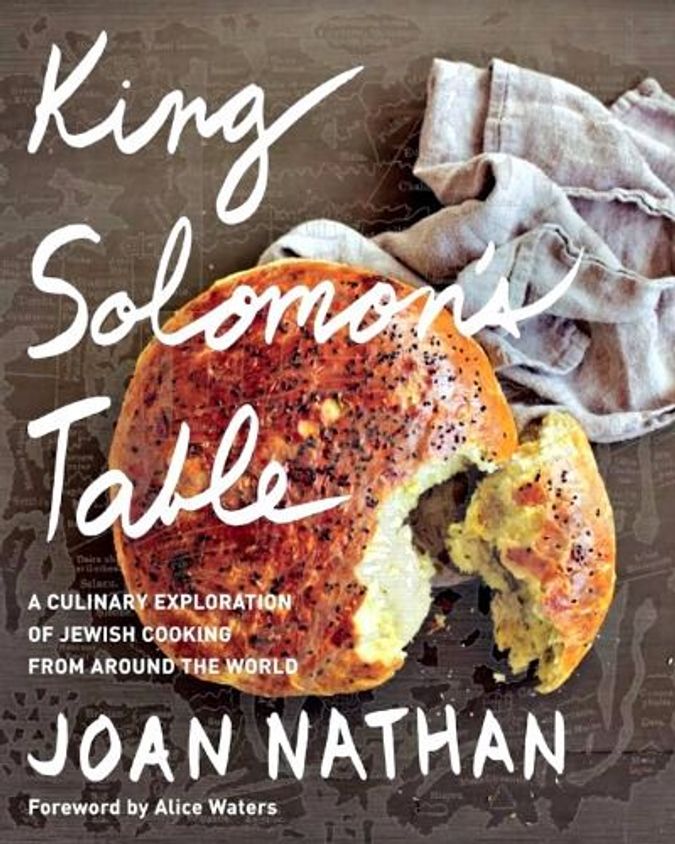 Eggs, a product of the fowl domesticated by the Chinese in about 1400 b.c.e. and then shipped west, are significant in cultures the world over — from ancient Persia to modern India, from small Italian villages to mainstream America. In Jewish communities, the egg is also a symbol of mourning, both personally and communally. When someone in an observant Jewish family dies, the first thing that is traditionally eaten after the funeral is a hard-boiled egg.

As a community, Jews put a roasted egg on the Seder plate as a symbol of life and of mourning for the destruction of the First and Second Temples of Jerusalem. And many Jews have the custom of starting the Passover Seder with eggs, either cooked in salt water or even cooked overnight in sand, a custom still followed today in North Africa.

This recipe for long-cooked eggs with spinach came from the island of Corfu, Greece, to Ancona, Italy, a seaport on the Adriatic coast. I tasted it in Rome, loved it, and it is now a keeper at our Passover Seder. Daisy Dente Modigliani, who shared this recipe with me, hard-boils sixty eggs to serve as the first course of her Passover Seder for both the first and second nights.

This recipe has replaced our simpler family Passover tradition from Poland of serving hard-boiled eggs in salt water, a custom I learned from my mother-in-law when I married my husband many years ago.

1) Put the eggs in a cooking pot and add water to cover by about 2 inches. Then add the olive oil, onions, salt and pepper. Bring to a boil over medium-high heat, then lower heat and simmer for 30 minutes. Cool and remove the eggs with a slotted spoon. Tap the eggs gently against the counter and peel under cold running water, keeping them as whole as possible.

2) Return the peeled eggs to the pot with the seasoned water and simmer very slowly, uncovered, for at least 2 hours, or until the water is almost evaporated and the onions almost dissolved. The eggs will become dark and creamy as the cooking water evaporates and they absorb all the flavoring.

3) Remove the eggs carefully to a bowl, rubbing into the cooking liquid any of the cream that forms on the outside. Heat the remaining cooking liquid over medium heat, bring to a simmer, and add the spinach. Cook the spinach until most of the liquid is reduced, stirring occasionally with a wooden spoon, about 30 minutes, or until the spinach is creamy and well cooked. Serve a dollop of spinach with a hard-boiled egg on top as the first part of the Seder meal or as a first course of any meal.

Note: To see if the eggs are really boiled, remove one egg from the water and spin it on a flat cutting board. If it twirls in one place, it is hard-boiled. If it wobbles all over the board, it is not cooked yet and the weight isn’t distributed evenly. The easiest way of peeling a hot hard-boiled egg is to put it under cold water between your hands and rub it quickly until it cracks, then peel under the running water.

To prepare the symbolic egg for the Passover Seder plate, boil the egg in its shell, dry it, and then light a match underneath to char it.

Excerpted from “King Solomon’s Table” by Joan Nathan. Copyright ©2017 by Random House. Excerpted by permission of Alfred A. Knopf, a division of Random House LLC. All rights reserved. No part of this excerpt may be reproduced or reprinted without permission in writing from the publisher.