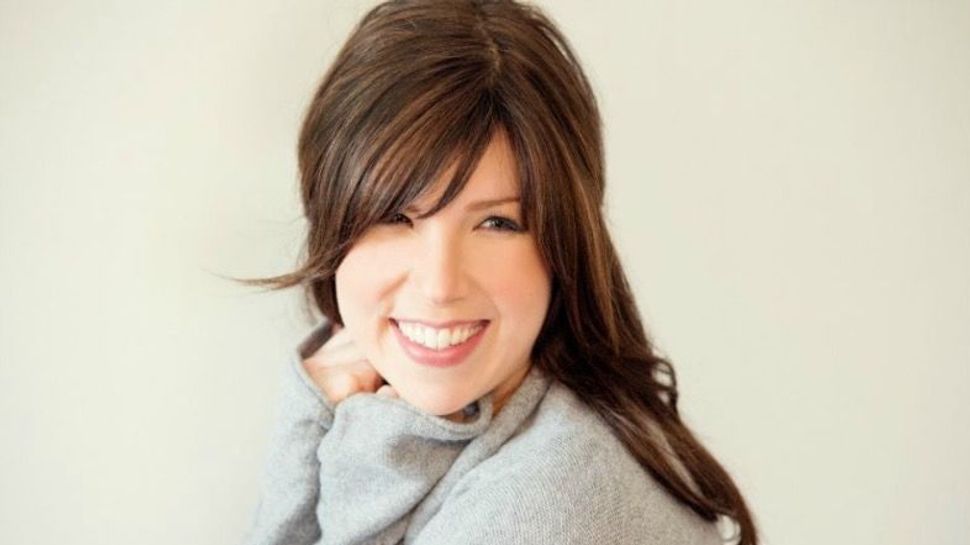 This is the third column in a series I’m writing exclusively for the Forward. My goal, as always, is to share exactly how I cook. My most popular cookbook, “Quick & Kosher Recipes From The Bride Who Knew Nothing” (now in its 7th printing), features glimpses into the story that is my life and my penchant for feeding my family, fast. Almost a decade later, my style hasn’t changed. My life has only gotten busier, my cooking faster and my ingredients fewer.

The tagline for my first book, “Recipes From The Bride Who Knew Nothing,” is really a book title in and of itself. When it was first published, almost a decade ago, people around town kept calling me “the bride who knew nothing” — a crown I wore and still wear today with pride.

Clearly I knew nothing about cooking, that’s no secret. But I knew just as little about cooking as I did about healthy relationships, lasting marriages, living an Orthodox Jewish lifestyle…in Israel.

I am a graduate of the school of hard knocks: I learn through trial and error, and more error. Error which I publicize as my “Confessions of a Jewish Bride” almost as much as I publicize my successes as the “Queen of Kosher.”

I travel the world (From Stockholm to South Jersey) telling my story, distilling it to one hour, and have often been asked to write my memoir and include all the details that didn’t fit into the 60-minute talk. It’s been on my to-do list for a few years — right between bake a cake and get a wax. It’s a wonder I haven’t finished it already.

…I wasn’t really excited for this date. I stopped getting excited for my blind dates about 40 dates ago. The whole matchmaker/blind-date thing had started two years prior with great anticipation and had quickly turned into an exhausting affair from which I had to frequently take mini breaks to simply gather the strength and internal resolve required to continue with the process.

I was convinced there was simply no one in the entire world for me. I was, sadly, soulmate-less, which was more than sad, it was downright depressing.

Right around January 1, a matchmaker named Yaffa called me about this guy, Neal. In the matchmaking world it’s acceptable to ask for references so you can “check out” the prospective guy a little deeper. References are family and friends who provide additional, meaningful, detailed insight into the guy beyond what the matchmaker can tell you. As with my entire dating experience, I went through various stages of reference checking — from the most detailed research to none whatsoever.

When Yaffa called me, I was in a reference mood. Totally tired from the experience of blind dating, I didn’t want to waste time on yet another date without checking references first (especially because Yaffa admittedly didn’t know Neal all that well, but apparently knew him well enough to determine we may be a marriage match).

Yaffa reluctantly gave me his sister-in-law Devorah’s number, simply because Neal had already said “yes” and she was eager to get on with the process. I called Devorah and left a message and waited. I then waited some more. Yaffa called me back to inquire about the hold up. I told her I hadn’t heard back from Devorah and to call me tomorrow. When tomorrow came and went and I still hadn’t heard from Devorah, Yaffa gently pressed me to “just go on one date.” If that date was good then I could follow up with Devorah for the 411 but in the meantime she didn’t want to leave Neal hanging for too much longer, lest he lose interest and move on.

I reluctantly agreed to the first date, kinda apathetic about the entire thing.

Neal picked me up at work, HSP (HBO Studio Productions) on 23rd Street, around 6 p.m. I met him outside, in front of the building, because I didn’t want to make a whole to-do in front of my curious co-workers (who were all too eager to watch a scene from Fiddler on the Roof play out in real life). I was wearing my signature color, black (which now, after being married for 13 years, Hubby affectionately calls my “Darth Vader” look. I call it “New York City chic” and can’t seem to leave it behind despite living in the dessert these days). Peeking out of my black turtleneck collar were two diamond studded initial necklaces, J and L for my name, Jamie Lee.

When we scheduled the date on the phone Neal was non-committal in terms of where we would go and what we would do. Having lost the desire to care, I was like “Whatever, I’ll see you at 6.” When we met in person he immediately informed me we would be going to dinner at one of my favorite Japanese restaurants on the Upper East Side.

I ordered salmon teriyaki, and he ordered chicken teriyaki (it was a sign, I was sure!) and we enJOYed non-stop conversation over dinner. It was going so well that when he admitted he wanted his future wife to call him by his Hebrew name, Nachum, I simply, instinctively, said “Okay Nachum” (then blushed like crrrazzzyyy inside!!!). Things were going so well that he shared his most treasured dream with me: One day he would love to live in Israel with his family. I was utterly and thoroughly deflated. After what seemed like an instant connection, after practically crowning myself his wife, right then and there, I essentially told “Nachum” to go find himself another girl, because while I loved Israel, and would support Israel, and would visit Israel, I never wanted to live in Israel. My career was on the rise, my dream was to raise my kids full of culture and in the Big Apple and in no way get involved in living over 5,000 miles and a world away from my family.

Despite this major/minor setback, we somehow managed to get engaged within two weeks (at which point Devorah finally called me back only for me to inform her I was to be her newest sister-in-law), and married two months later (which is when I officially became the bride who knew nothing). We had five kids (within six years, and here is when I tell you that “Quick & Kosher” is not just the way I cook, it’s a metaphor for my entire life).

For eight and a half years he worked me like water on a rock — repeating and revisiting his dream for our family to live in Israel. For eight and a half years I resisted — but not from a place of strength. You see, in theory I agreed with him, but in practice I couldn’t come to terms with pulling myself from the comfortable (if not lavish) life we had become accustomed to as upper-middle-class New York Jewry.

And it wasn’t just me. When we finally announced we would be making aliyah to the Promised Land, the No.1 question people asked me (by far!!!) was “how will you leave your kitchen???” Appalled and concerned citizens of the world recognized the material and cultural sacrifices that come hand in hand with aliyah.

I have come to at once love and be frustrated by my Israeli rental kitchen. I do love the food more than the my “kablan” cabinets and am excited to finally build my new kitchen in the coming months in our new apartment. Finally, after five years of fighting with my stove, we are first-time home-owners in Israel (another dream realized!). We have embraced Israeli food, spices, sauces and more (schug, harissa, hummus, tahini on everything) and yes, after living here all these years we still eat shawarma like it’s going out of style.

Here are three of my favorite Israeli kitchen recipes. And I can’t wait to share the making of my actual Israeli kitchen in a documentary with you that I am shooting this fall. B’Tayavon!

Jamie Geller is the only best-selling cookbook author who wants to get you out of the kitchen — not because she doesn’t love food, but because she has tons to do. As “The Bride Who Knew Nothing” Jamie found her niche specializing in fast, fresh, family recipes. Now the “Queen of Kosher” (CBS) and the “Jewish Rachael Ray” (New York Times), she’s the creative force behind JOYofKOSHER.com and “JOY of KOSHER with Jamie Geller” magazine. Jamie and her hubby live in Israel with their six super kids who give her plenty of reasons to get out of the kitchen — quickly. Check out her new book, ”JOY of KOSHER Fast, Fresh Family Recipes.”