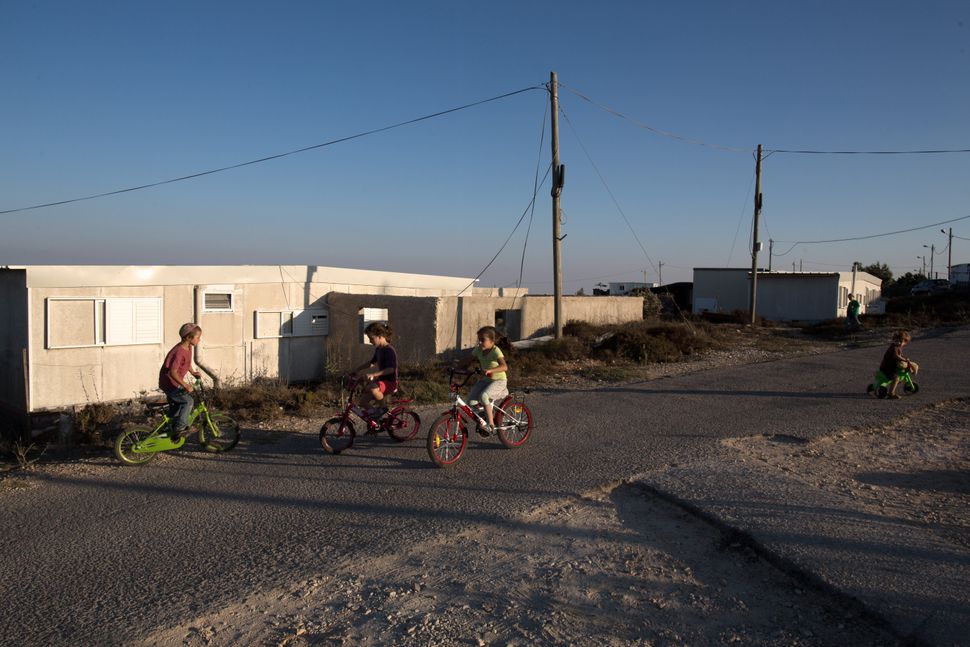 On December 25, the Israeli government will force Eli Greenberg to leave his home in the West Bank outpost of Amona, a collection of white trailers on a rocky green ridge overlooking the Dead Sea. The Israeli High Court ordered the evacuation after ruling the settlement was built on private Palestinian land.

But despite the pending uprooting of Greenberg’s family and about 40 others, he is in an optimistic mood these days. Ever since Donald Trump was elected president, he feels a “great hope hanging in the air.”

Two days after the election, Trump Israel advisor Jason Greenblatt declared on Israel’s Army Radio that settlements were no “obstacle for peace,” though they carve up the territory Palestinians claim for a future state. His statement indicated a stark reversal of United States foreign policy in the region, signaling to Israel that the days of State Department condemnations of Jewish building in the West Bank were coming to a close.

Settlers see the Trump presidency as an unprecedented opportunity to cement Israeli sovereignty in the West Bank. Their thinking goes like this: Israeli Prime Minister Benjamin Netanyahu held back settlement construction because he didn’t want to run afoul of President Barack Obama. Soon, Obama will no longer be a force to contend with, and Netanyahu will have no reason not to build in the West Bank. If Netanyahu blinks, then his right-wing base will know that he’s not serious about supporting their cause.

It is a “moment of truth” for Netanyahu, said David Haivri, a writer and public speaker from the hardcore Kfar Tapuach settlement.

“This new situation is kind of going to put Bibi [Netanyahu] and his government on the spot where they won’t be able to lean back any more on the excuse that America won’t be happy if we do this, that or the other thing, and they are going to have to make a decision,” he said.

Of course, Trump’s win didn’t please most American Jews, 70% of whom voted for Democrat Hillary Clinton. The majority of American Jews believe in a two-state solution to the Israeli-Palestinian conflict and see settlements as an obstacle. Should Trump embolden settlers, it could widen the rift between Israel and much of Jewish America.

“It’s very terrifying if Trump is going to aid Israel in instituting a perpetual occupation of the West Bank without movement to a two-state solution,” said Jill Jacobs, the director of Tr’uah, a rabbinic human rights organization.

Settler elation over Trump could be premature, as well. Owen Alterman, the foreign affairs correspondent at Israel’s i24 news, predicted that Trump might back the Israeli right. But he could also disengage from the Israeli-Palestinian conflict as part of a broader U.S. withdrawal from the Middle East. In the latter scenario, U.S. criticism of Israel might wane, but so would U.S. support.

“A lot of U.S. Israel activity is not only critical but supportive,” said Alterman. “If the United States becomes more passive then in principle it could be more passive in both directions.”

Uri Dromi, a former Yitzhak Rabin spokesman and the head of the Jerusalem Press Club, spelled out a third scenario in which Trump would follow U.S. foreign policy tradition and actively try to broker negotiations between Israelis and Palestinians. 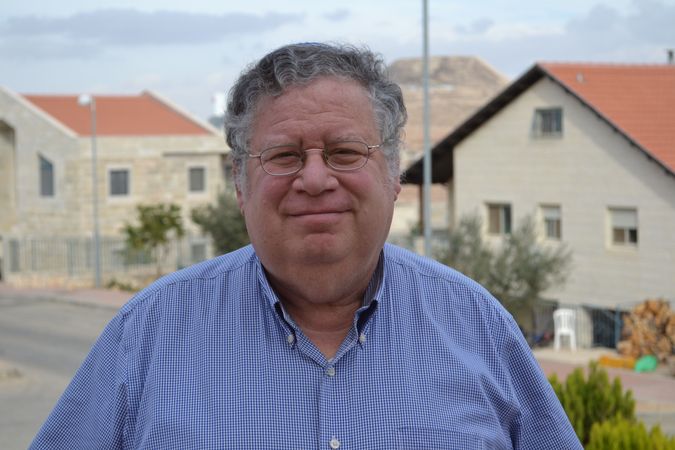 Bobby Brown, a settler in Tekoa, said he was “cautiously optimistic” about what Donald Trump could do for settlers. Image by Naomi Zeveloff

Given the unknowns, some settlers are taking a wait-and-see approach. Bobby Brown, a former Netanyahu speech writer, lives in Tekoa, the hometown settlement of the famed peace-seeking rabbi Menahem Froman. Brown said that he found some of Trump’s language about targeting Muslims for screening like “chalk on a blackboard” to his Jewish ears, even as he supports checks for immigrants from terror-torn nations. But he voted for Trump anyway, believing he would be better for Israel.

Now Brown, who lives in a two-story home ringed with grapefruit, orange, and tangerine trees, said he is “cautiously optimistic” about what Trump might do for the settler movement. He believes Trump might treat the West Bank as though it were part of Israel. That, he said, is the key to normalizing relations between Jews and Arabs in the Israeli-occupied territory. It would also bar Palestinian statehood.

Brown, like the 700,000 other Jewish settlers in the West Bank and East Jerusalem, is watching carefully for Trump’s next move.

“If I have any belief in Trump ideology, it is the belief that you don’t take anything for granted,” he said.