Here’s What People Are Saying About The Israeli Elections 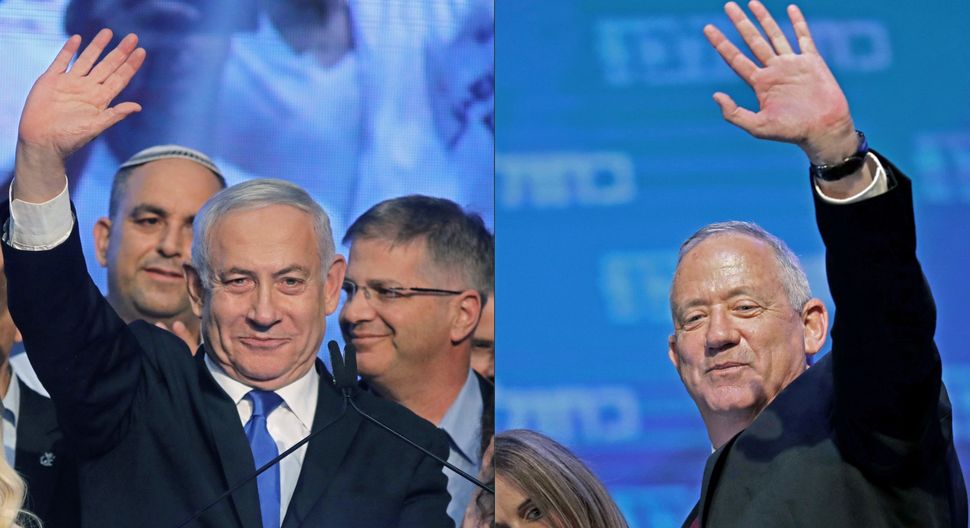 The votes from Tuesday’s Israeli election are still being counted, but it looks like the 10-year tenure of Israeli Prime Minister Benjamin Netanyahu may be coming to a close – though his demonstrable political skill means that he shouldn’t be counted out just yet.

The Forward: Who Won The Israeli Election? American Jews

Is this the end of Netanyahu? Op-ed contributor Abe Silberstein seems to think so. And he thinks that’s a good thing for an American Jewish community.

It is difficult to imagine the staid and avuncular Gantz eliciting the same level of loathing from American liberals should he become the next prime minister. Netanyahu not only motivated those paying close attention to Israel, but also Jewish Democrats who otherwise would not dedicate much time to the issue. His clashes with former President Barack Obama severely damaged Israel’s image in the party.

The Jerusalem Post: Did Trump Lose The Election For Netanyahu?

Chief political correspondent Gil Hoffman points out that Netanyahu staked a lot of his campaign on his close ties with President Trump and was likely expecting political support. Instead, he got bupkis.

Perhaps potential voters thought: “If Bibi isn’t as close with Trump as he used to be, maybe he isn’t so indispensable after all.” Maybe it allowed voters to feel more comfortable making a statement on matters of religion and state with their vote instead. There could have even been voters who decided to stay home.

The Times of Israel: Muddy Results Clearly Show Israelis Unfazed By Prospect Of Life After Netanyahu

Netanyahu has always portrayed himself as “Mr. Security,” but Times of Israel founding editor David Horovitz notes that Israelis may no longer be buying that line.

Correspondent Chemi Shalev argues that the left shouldn’t celebrate – in fact, they blew their chance at an even stronger showing due to unnecessary bungling and infighting.

Were it not for their serial mistakes, gross miscalculations and over-demanding egos, Benny Gantz and his colleagues would now be building a new and radically different ruling coalition and the Netanyahu family would have started packing their belongings in the prime minister’s official residence in Jerusalem.

Israel Hayom: Now Is The Time For Unity

Israel Hayom is the most pro-Netanyahu paper in Israel – or at least it used to be until he and owners Sheldon and Miriam Adelson had a falling out. So keep all that context in mind when you read diplomatic correspondent Ariel Kahana’s column arguing for Netanyahu and Gantz to share power.

Unity is one of the Israeli people’s best-kept secrets. True, we can get things done with half of what we need, and the achievements by Prime Minister Benjamin Netanyahu and his government speak for themselves. But working together doubles our power, and we need that power right now more than anything else.

Israel Policy Forum: Why Last Night Was Different From All The Others

IPF policy director Michael J. Koplow points out one unprecedented possibility: If Netanyahu and Gantz indeed do form a unity government, then the leader of the opposition would likely be Ayman Odeh, the leader of the Joint List of Arab parties.

This means that Odeh will have a formal position in the Israeli system, along with regular security briefings from the government, and an unprecedented public platform to raise attention to issues that have been neglected for decades. It would be a huge step forward not only for Arab parties, but for normalizing Arabs’ roles in Israeli politics and society.

Here’s What People Are Saying About The Israeli Elections