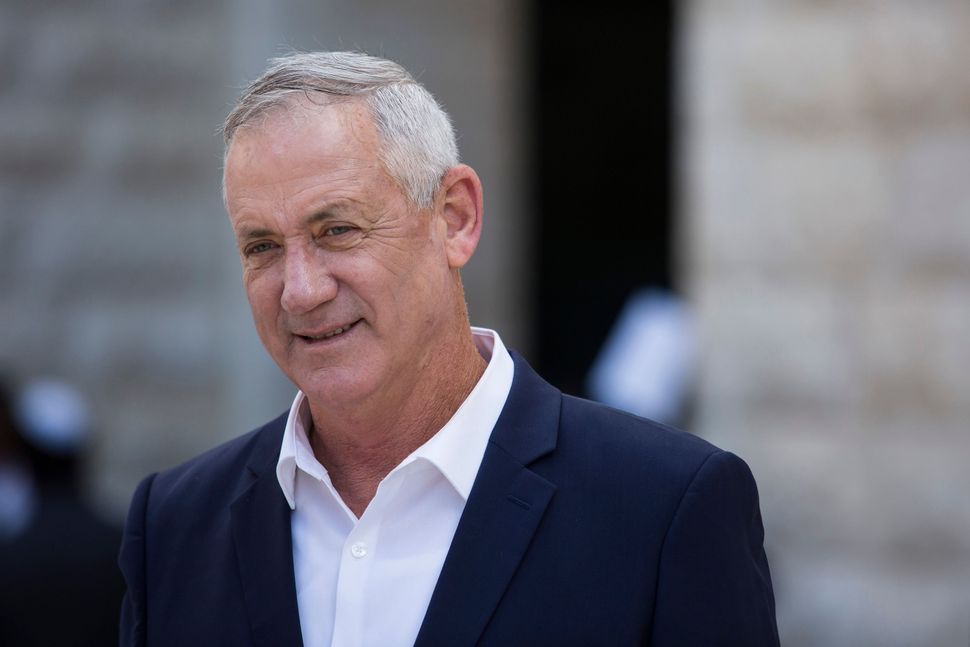 Israeli prime minister Benjamin Netanyahu will probably not look back on his 70th birthday, which took place on Monday, with much fondness. True, he did get a congratulatory phone call from Russian president Vladimir Putin, and an official letter from President Trump that included the hand-written addition “You are great!”

Thank you to my friend President Trump for your warm words on my birthday. Our alliance and friendship have never been stronger. pic.twitter.com/HnBdd0pgC1

But after weeks of efforts following Israel’s inconclusive September elections (which themselves followed inconclusive April elections), Netanyahu had to publicly admit on Monday that he had failed in forming a coalition government.

He even had two days left before the deadline, but apparently knew that he couldn’t crack the coalition puzzle.

Now, opposition leader Benny Gantz, the leader of the centrist Blue and White alliance, will get 28 days to form a government of his own by getting a majority of the 120-seat Knesset to support him. But it’s not likely to be any easier for him than it was for Netanyahu. To understand why, read our coalition-negotiation explainer here.

If Gantz fails to form a coalition before his deadline, then there would be a 21-day period for someone else to take a crack at getting a majority of supporters. Gantz has said he would be willing to partner with the Likud as long as Netanyahu wasn’t its leader, so this would be the opportunity for one of the prime minister’s internal rivals to try to overthrow Netanyahu from party leadership, and possibly be named prime minister in the process.

Still nothing after three more weeks? Then it’s time for election #3. Israelis are hoping that the third time will be the charm and that that will end with a definitive winner.

For more on Benny Gantz’s background and policies, read our explainer here.

And here’s what Israeli experts are saying about the situation right now:

Jacob Magid, Times of Israel: “It would take a political magician to put together a coalition with these cards, and Gantz’s short political record suggests such magic is beyond his reach.”

Yossi Verter, Haaretz: “What will Benjamin Netanyahu do in the coming period? Probably what he knows best: He will attack, incite and slander Gantz, Lieberman, and the legal establishment whose chiefs – the attorney general and his staff – are expected to pore over the results of Netanyahu’s pre-indictment hearing.”

Yohanan Plesner, Israel Democracy Institute: “In the current situation, we should make every effort not to be dragged into a third round of elections which will both cost the economy billions of shekels and bring the functioning of the government to a standstill for over a year. Moreover, our data indicates that if Israeli were to head to the polls for a third time, we are likely to find ourselves once again in a very similar political situation.” (Full disclosure: I interned for the Israel Democracy Institute in college)

Obviously one/some of the above positions need to soften for any kind of govt (national unity or minority) to be formed. Yet politicians may calculate that political damage of such concessions may outweigh damage/risk of 3rd elex. Gantz has a month to sort this all out. Good luck