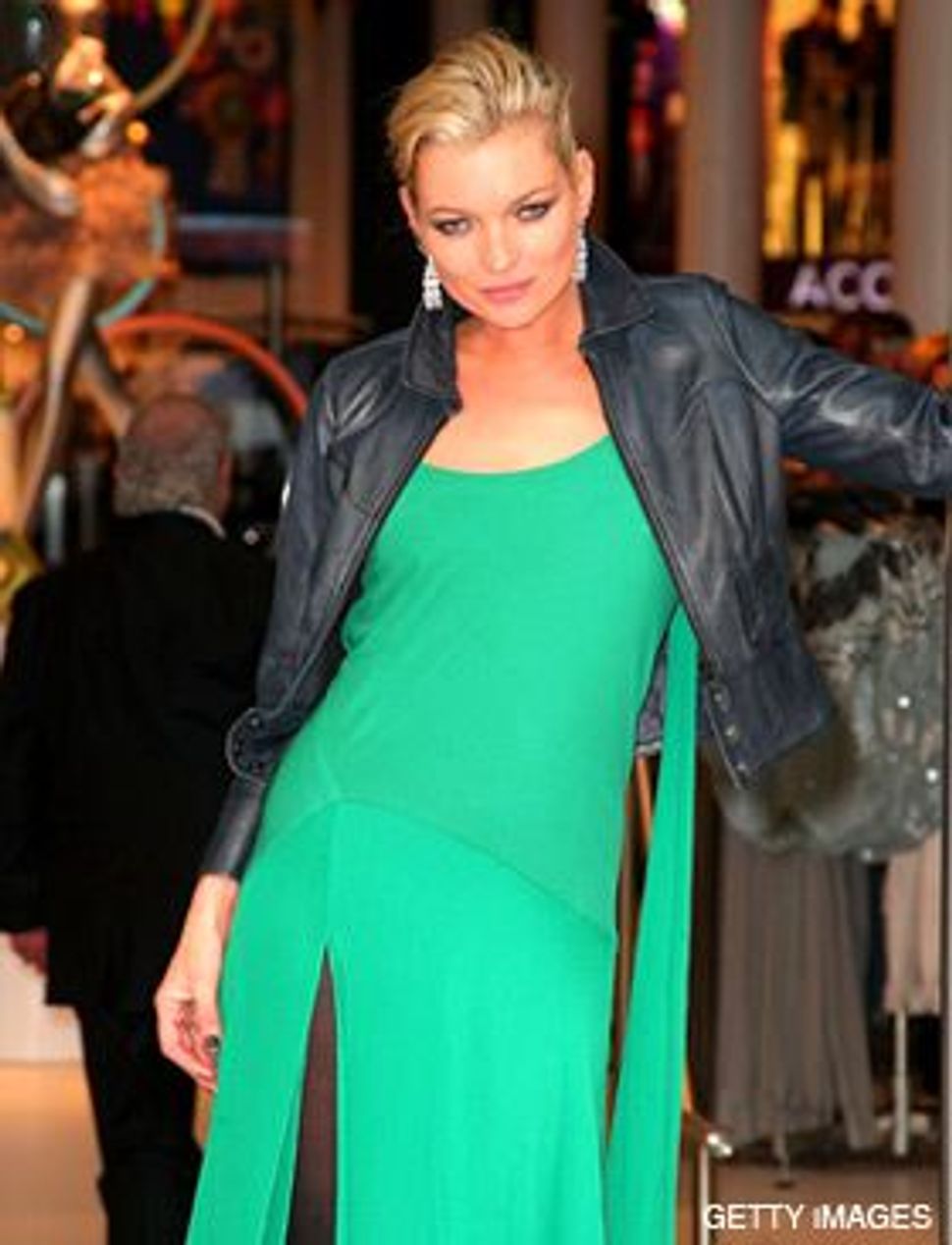 According to newspapers in Britain, Kate Moss has gone kosher-style — in the preparation of food, if not in its consumption.

An article in the Daily Mirror suggests that the waifish supermodel was inspired to go kosher-style by Stasha Palos — she is the stepdaughter of her pal Sir Philip Green (the billionaire businessman) and just wrote her own cookbook based on traditional Jewish recipes. And there’s talk that Moss may be planning a cookbook of her own.

Moss, it is reported, has been slaving over a hot stove making salt beef, chicken soup and potato latkes for her boyfriend Jamie Hince. Reports do not confirm whether or not she is in the process of simmering her brisket and gedempt potatoes for the Seder tonight.