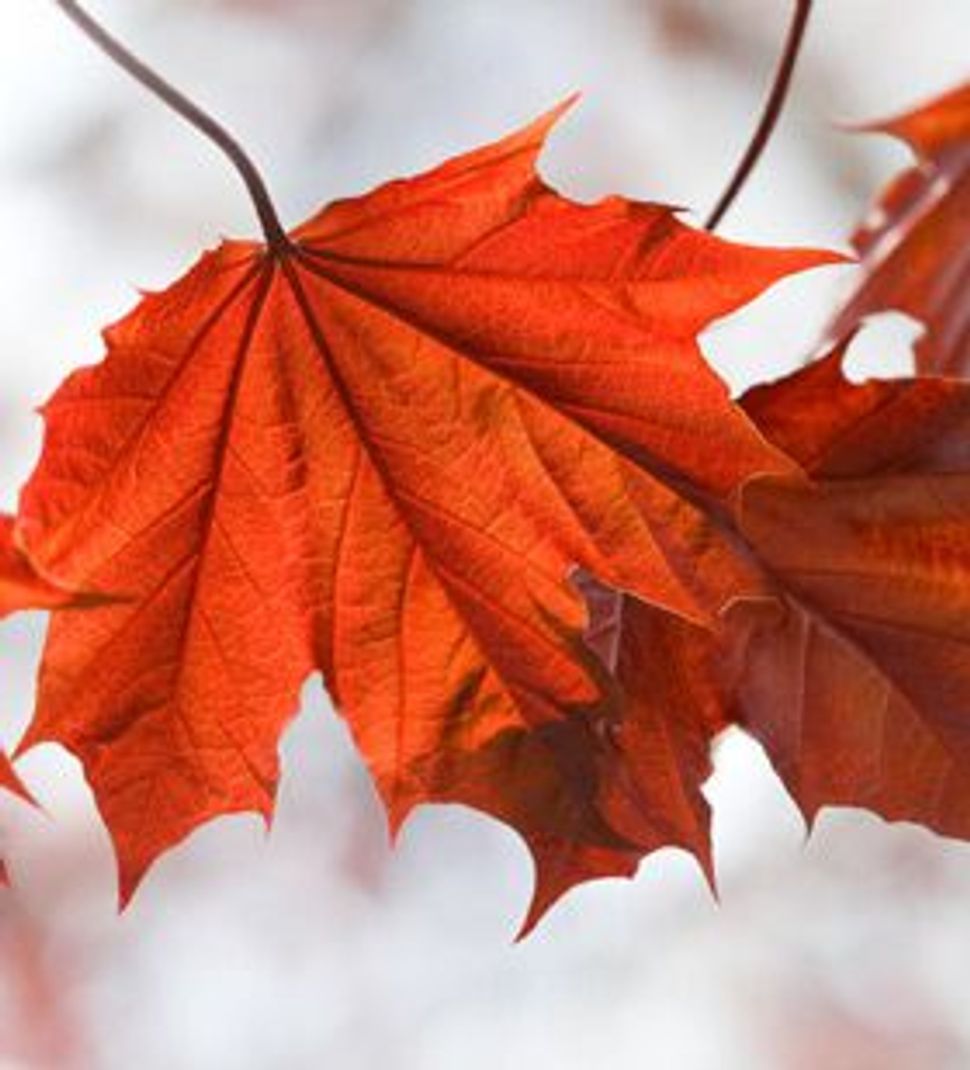 In a few weeks time, sidewalks will be lined with autumn leaves. In America, many of the leaves will be red. In Europe, they will mostly be yellow. Until now, the reason for the difference has been a mystery.

But in a theory just published in the Journal New Phytologist, Haifa University academic Simcha Lev-Yadun and Jarmo Holopainen of the University of Kuopio in Finland claim to have looked back 35 million years in world history and found the answer.

They claim that until 35 million years ago, large areas of the globe were covered with evergreen jungles or forests composed of tropical trees. Then, during a series of ice ages and dry spells, many tree species evolved to become deciduous. Many of these them began an evolutionary process of producing red deciduous leaves in order to ward off insects, even though it is more taxing on the tree’s resources than producing yellow leaves. Strong autumn colors were a weapon of trees in the long evolutionary war against insects that suck their amino acids and use them as host to lay their eggs.

In North America and East Asia, where leaves today are red, these species of tree, along with the insects they evolved to ward off survived the ice ages. This is because the way the mountains are arranged meant they offered protection from the cold.

But in Europe, where the lie of the mountains meant they gave less protection, trees which produce red leaves died out. So did the insects they evolved to ward off, hence trees after the ice ages had no need for red leaves and evolved yellow.