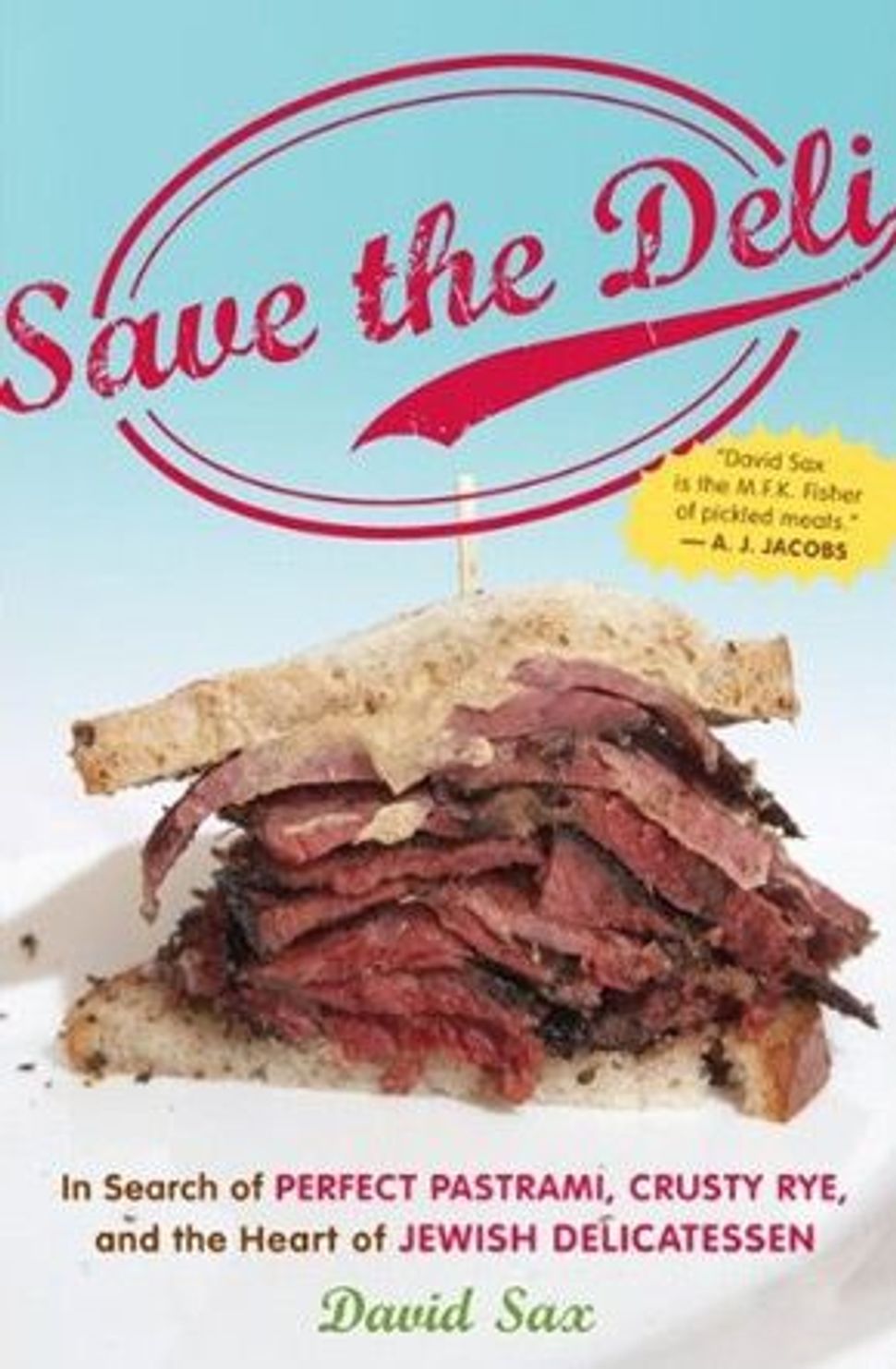 Last night Jelvis had definitely not left the building. The Jewish Elvis (Jobama, Joprah and Jeli Manning where are you?), Eli Valley and Freddie Roman were some of the many hungry, schmaltzy Jews out celebrating the launch of David Sax’s new book “Save the Deli” at Ben’s Kosher.

Nathan Burstein spoke to Sax for the Forward and I’d link you to the official book website except it has music that you can’t turn off, in a naked attempt to drive you off the website and onto Amazon to buy the book.

Sax has been out plugging the book for a while now and “sniffed out” a few underrated delis he thought worthy of attention for the Daily News from October 9. Unfortunately Sax’s jpg of the article isn’t working and the Daily News seem to have taken it down already, but you can sort of see it here.

Top of the list is Adelmans about which Laurie Weinberg, our Circulation Manager had fond memories. “My wife’s father used to take my kids there. He would walk in and yell out, ‘Adelman? Adelman! Frankfurters for the kids!’ And Adelman would come out with an apron on, he was a big guy, and bring food for my kids. My kids now have kids of their own and I thought Adelmans had gone, but Sax found it down on Kings Highway — owned by an Egyptian guy, Mohamed Salem! Times have changed.”

Times may have changed — Adelman probably didn’t have archaeology training like Salem — but some things stay the same, Sax recommends the chopped liver.