Merissa Nathan Gerson: A ‘Yenta’ for a New Generation 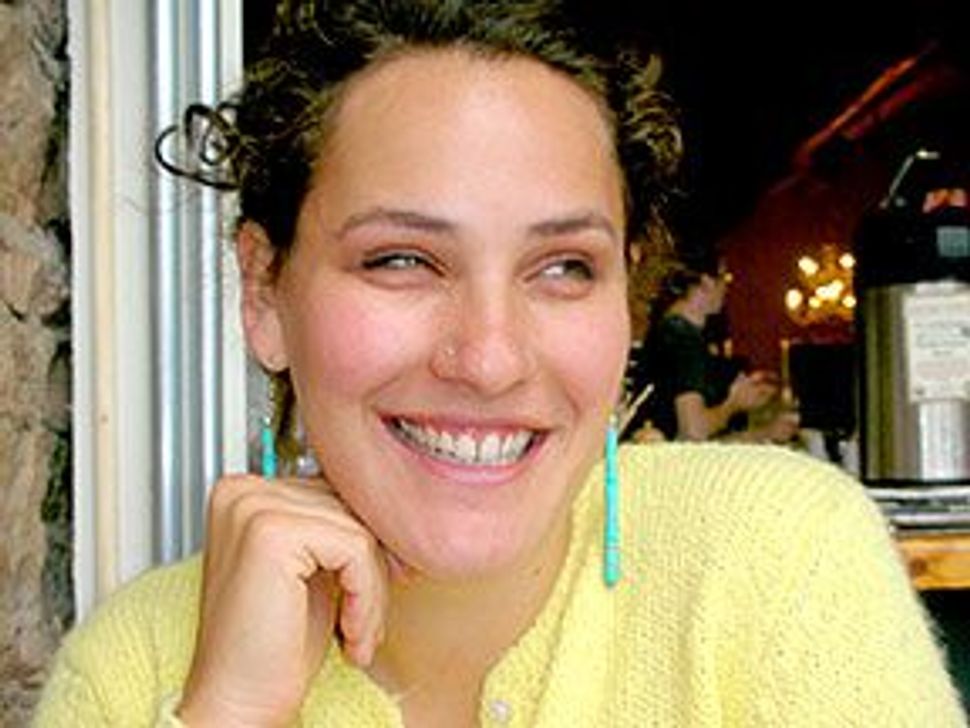 By her own admission, Merissa Nathan Gerson’s qualification as an advice columnist is mainly “10 years of talk therapy.” “Add a few rabbis, a Buddhist-inspired education, monks, stupas, shrine rooms and the like, stir, and you get a 28-year-old Yenta,” writes the former farmer, waitress, teacher, lamp-maker, and creative writing teacher at a juvenile detention facility. But bona fides aren’t the point of her burgeoning site AskYourYenta.com. The site riffs on traditional advice columns to provide distinctly feminist perspectives on local, global and personal issues. Gerson answered the Forward’s questions via email from Johnson, Vt., where she is at a writing residency at the Vermont Studio Center. 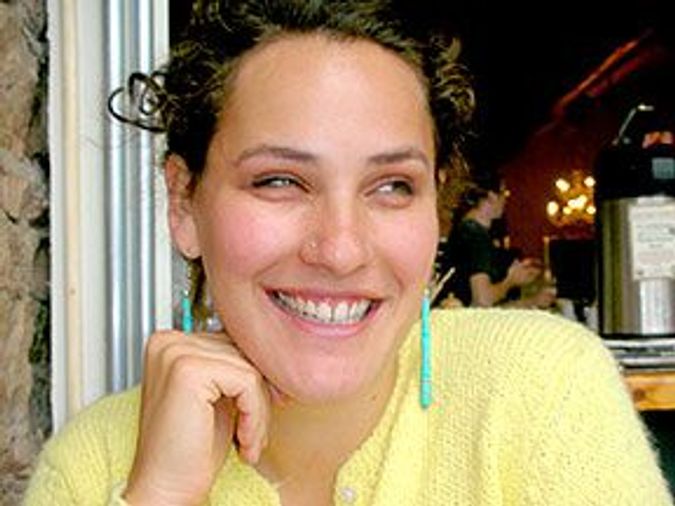 Michael Kaminer: The site says AskYourYenta.com is a “self-help resource hub masquerading as an advice column.” Can you explain?

Merissa Nathan Gerson: Yes. I don’t just give advice. For a lot of questions I supply resources, from books to magazine articles, Web sites, stores and hotlines. Sometimes I need to do research for a question, but more often than not I know a book title or a support group that could help my readers. My life experience somehow tacked resources on to my repertoire daily. … It is as if I have been soaking it in for years and this site is a collection of all I learned, for everything from how to find a BDSM support group to locating a meditation center in your community.

A recent question for the Yenta comes from a woman who apparently upset a friend by going out with a guy the friend had her eye on. What other kinds of questions are you getting? What was the weirdest?

I get all sorts of questions, everything from “Help, my boyfriend wears a sock on his penis when we have sex” to “My roommate washes his hair in the kitchen sink with MY shampoo.” I do know what “weird” means and what it looks like in theory, but I don’t think there is a “weirdest” only because if I judged people as weird, I would not, honestly, be able to answer the questions to begin with. At this point in my life, nothing fazes me.

Your site cites “wise people” from Joan Nathan to Martin Buber. How do they figure into the Yenta’s advice?

From the long list of Jewish wise people, everyone from Allen Ginsberg to Reb Zalman Schachter Shalomi, it is funny (and perhaps a veiled endeavor) that you happen to pick these two from the list. Ms. Joan Nathan figures in quite heavily, since she clothed, fed and bore me into this world. I quote her every now and then, and learned a lot of social codes from watching her.

People like Martin Buber shaped me in my understanding of my own self, the world, and my view of other human beings. He also molded my pride in being Jewish, unfolding a whole beautiful side to the religion for me. He, along with a yeshiva student, helped answer one question from someone asking what they would be when they grow up. If I am not quoting him, you can bet, in my purer advice-giving moments, that if I am being nice he may have something to do with that “I-Thou” relationship.

It was a little disturbing to see some of the definitions of “Yenta” on UrbanDictionary.com — “Meddler, gossiper, meddlesome, busybody, nuisance. Mostly Judaic and female”, was one. Another: “1) Yiddish word which describes an old woman who is a matchmaker. In modern use the meaning has become that of an annoying old hag.” How are you reclaiming the word?

I am reclaiming the word with humor. Think Heeb magazine and Bitch magazine. Neither hates Jews or women, instead they are imploding a word saying, “See, this is what we are. Is this really something to hate?” It is tongue and cheek, but also making a point. I am taking the Yenta veneer and imploding it.

One woman recently defined a Yenta as someone “who minds other people’s business.” Isn’t that exactly what is happening here? Me minding their business? There seems to be a generational gap in the understanding of this term. Jewish women in their fifties and sixties are generally repulsed when I mention the title, whereas Jews in their twenties and thirties always chuckle knowingly. People have called me a Yenta for years, based on my ability to see through people’s masks, straight to what is ailing or moving or exciting them. At times I was a nuisance, a gossip, completely meddlesome. And now I have made a life out of it, only in a purer form without hurting others (I hope). The key to my post-nuisance Yenta-ing is that people invite me to meddle in their business.

In the age of Oprah and reality shows, what makes a Yenta’s advice different?

A Yenta, I don’t know. This Yenta is like a Jewish Oprah with a feminist, Buddhist, pop-culture, youthful spin. The point is 40% entertainment and 60% begging my generation to raise their personal standards. I want people to be happy and healthy, to dream way bigger and to have the tools to do so.

Can you tell me a little about your Jewish background?

Yes. I was raised in a Conservative Jewish home. We had Shabbat dinner at my father’s parents’ house every week. After they passed away, we continued the tradition at home. Jewish food was an integral part of our existence, to say the very least.

Post-college I was a farmer for a summer and read a lot of Martin Buber on the beach and spent a lot of time in silence picking beans. That was when I started going to synagogue regularly and began taking pride in my Jewish identity. I think that was the first time I connected to the religion without obligation, wherein I discovered a softer more readily accessible side. Mystical thought explained my understanding of the world far better than the angry wrathful god and religious shame so often interlaced with synagogue in D.C.

No matter where I go now, I always find a Shabbat. I have been to Chabad in Salvador, Brazil, Eugene, Oregon, Venice, Italy and Santa Fe, N.M. I made challah in a township in South Africa, did Rosh Hashanah with ex Umkhonto weSizwe [resistance fighters], and found a tiny chapel full of middle-aged Jews in the middle of Eastham, Mass. Once I had Shabbat in Panama City. and was amazed by how much everything sounded smelled and tasted like my grandmother’s Friday nights when I was little. That was priceless, finding those memories so far away.

The more I learned to love Judaism for the religion, not the warped politics, the more important it was to tag myself as Jewish, and in this case, a Jewish Yenta.

Merissa Nathan Gerson: A ‘Yenta’ for a New Generation