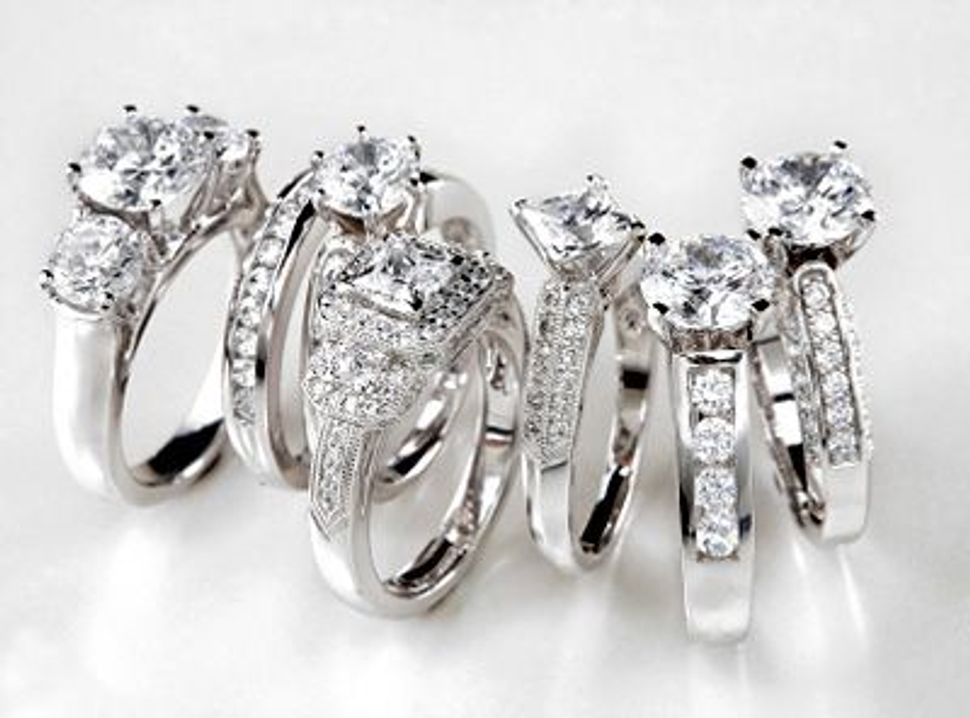 I agree with Conor Friedersdorf, who in The Atlantic wrote that women should rebel against engagement rings. Friedersdorf argues:

Why should women want to end diamond engagement rings? Well first of all, it’s your money too, presuming the wedding eventually occurs, and more than that, you’re the ones who are silently judged by status conscious people every time they look at the size of your rock — in other words, either you’ve got reason to feel bad about what other people think of you, or else you’re complicit in a system that makes people with less wealthy fiancés feel bad about themselves.

A male friend recently told me a story about how a buddy of his was instructed by his fiancé to not buy her engagement ring. She wanted one, but knew that her fiancé could not afford a rock that she would feel proud wearing next to the less modest versions worn by the other women at her law firm. This did not make her fiancé feel very good about himself, and that’s not a good way to start a marriage.

And then there are the close female friends and relatives of mine — good, mindful people — who discuss diamond budgets with their potential fiancés that push the old two-month salary requirement to four months because they wouldn’t dare be seen in something only two months salary can afford. Male friends are complicit too. I can think of more than a few examples when men splurged on the ring not only to make their future brides happy, but also to broadcast (sometimes, dishonestly) their own success.

But in a way I can’t blame them. Engagement rings are all over the place. There have been recent stories about how married women are eagerly trading up to bigger rings, as they become more financially comfortable. Celebrity tabloids keep as close an eye on the size of star’s rocks, as to whether they are wearing them. And The New York Times recently wrote about how unmarried women are getting themselves diamond “singles” rings. Also, it seems to me that advertising for engagement rings in women’s magazines has skyrocketed over the last few years — thus lifting the veil off the fact that men don’t buy these tokens of love on their own anymore.

I hated the part of being engaged that involved people grabbing my hand to look at my ring. It felt crass. I hate even more the expectation to ooh and aah other people’s rings. I like jewelry, but have never been particularly moved by diamond rings. Now that I am married, my ring spends much more time in my jewelry box than on my finger, and I take great pride in the fact that a simple, thin white gold band represents my vows. (I imagine if my ring was purchased for me, rather than inherited, I would feel a lot more guilty about not wearing it. But then again, I am not sure I would have pushed for a diamond ring to begin with.)

There is something about engagement ring culture that seems so anachronistic and off-putting. Men and women I know that are otherwise quite conscious about their consumer habits seem so at ease to toss those concerns aside, whether it is the issue of blood diamonds (written about here in this week’s Forward) or wearing something everyday that can cost upwards of $10,000.

These are people who are usually discreet, or even uncomfortable, about broadcasting their wealth. And then there is the fact that only women get a ring, written about in Slate here, which you’d think would make my feminists friends more uncomfortable, but doesn’t seem to.

It isn’t as though I hate jewelry, or even expensive things. But there is something about the universality of diamond engagement rings that gets people to act in ways they usually wouldn’t, to want things they can’t afford, and to feel uncomfortable about what they can.