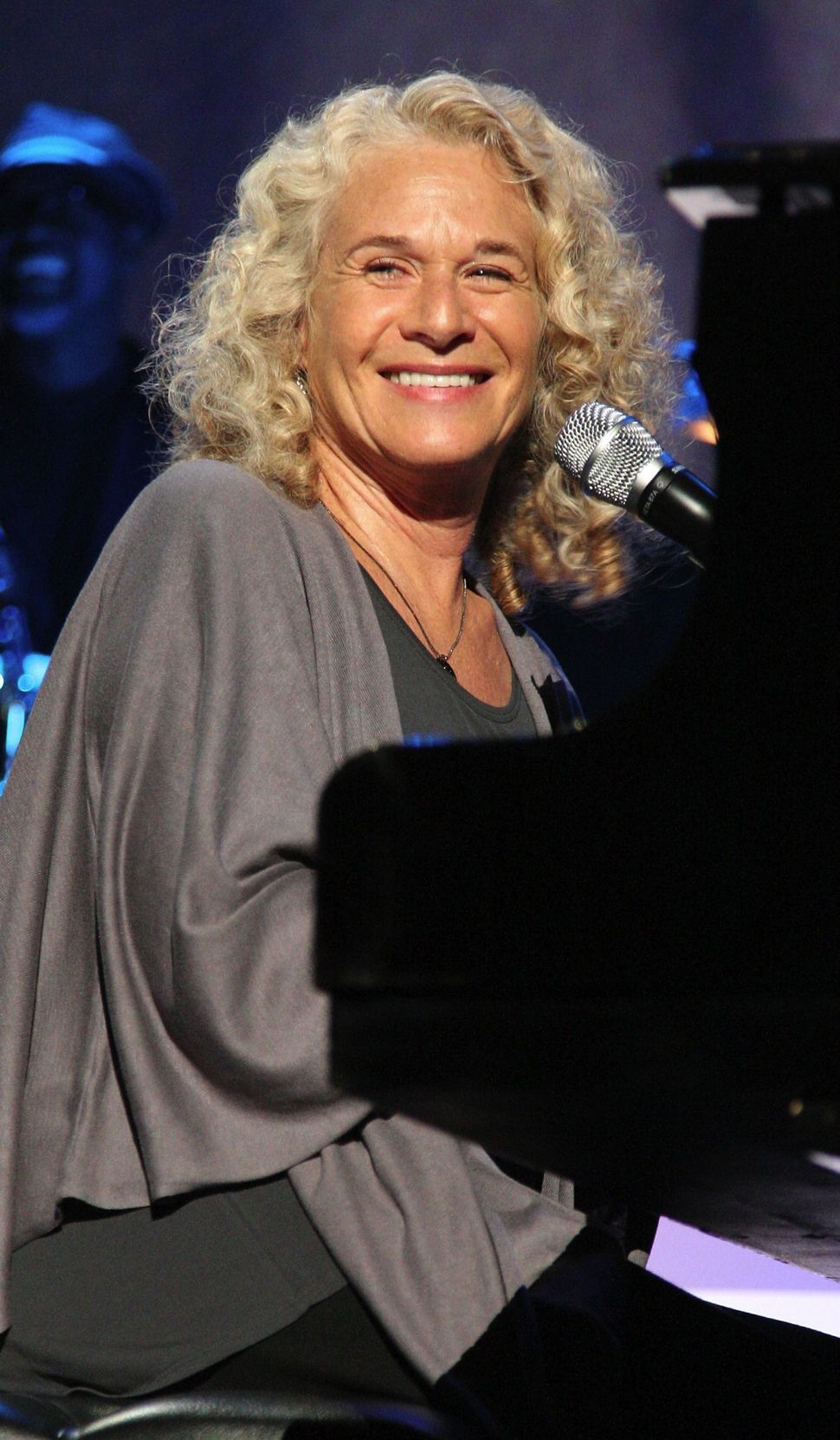 The most surprising and pleasurable thing about watching Carole King perform with her dear friend James Taylor on their reunion tour Thursday night was how fresh it all seemed. Her music was not simply the soundtrack to my life in high school and college, when “Tapestry” burst onto the music scene and suddenly this Jewish woman from New York with curly hair and exceptional talent gave voice to all our generation’s emotions.

It is just as alive today — especially in the way King performed, often jumping away from the piano, microphone in hand, and criss-crossing the stage, prancing, dancing, clapping, beckoning the audience to join in with such exuberance that it was impossible to resist. And who can resist singing along with “Jazz Man,” and “Smackwater Jack,” and especially the magnificent “Natural Woman”?

She’s 68 years old now, hair as full and curly as ever, glowing beneath the stage lights. Her voice has that sort of coating that comes with age, rendering it less clear and warm than it once was, as if the old vinyl record had been played one time too many. But what she misses in the high, raspy notes she more than makes up for in the unabashed passion and confidence that the years have brought.

I felt that she was singing just for me.

True, there is a strand of a personal connection: When I was in high school, our family spent summers with members of her family, the Kleins, and my sister was close friends with Carole’s step-sister. (Alas, this connection was not enough to get us backstage last night!) But it has sustained our memories over the years, always calling us back to that formative time.

Her music is about much more than nostalgia. When she sings “So Far Away,” it still speaks to my life now. The message in “You’ve Got a Friend” is as powerful as ever. Her reminders of the simple pleasures of life — of climbing to the top of the roof for fresh air and starry skies — are as welcome in middle age as they were in childhood.

Will we still love you tomorrow? Oh, yes.