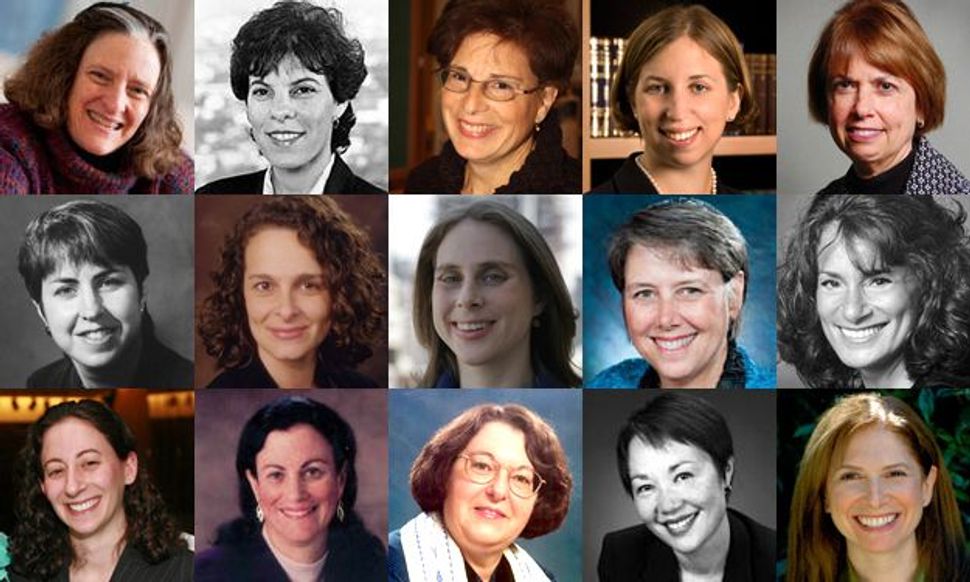 In a more sensible move, the Forward’s women’s issues blog, The Sisterhood, last week put out an influential rabbis list of its own. Ours featured only women rabbis, a demographic that makes up only a small percentage of Newsweek’s list. Out of the 50 rabbis chosen by Sony Pictures CEO Michael Lynton and his friend Gary Ginsberg for Newsweek, only six were women.

Since 1972, when Hebrew Union College-Jewish Institute of Religion ordained its first female rabbi — paving the way for the ordination of women at the flagship Reconstructionist and Conservative seminaries, in 1974 and 1985, respectively — America’s rabbinic seminaries have ordained more 1,000 female rabbis. So many of these rabbis are playing disproportionately large roles in changing lives and communities, it was a challenge to choose just 50 (plus five in Israel) for The Sisterhood 50 list.

Yet over at Jewschool, blogger David A.M. Wilensky seemed to find our list downright depressing, writing that it “only serves to prove one point: There just aren’t that many women in influential rabbinic roles.”

To be sure, there are not enough women at the helm of largest pulpits or communal organizations. And much work remains to ensure that the entire Jewish workforce, not just the rabbinate, becomes a more welcoming place for women. But that’s all the more reason to shed light on pioneers and progress — along with the challenges, which the Forward has also done its part to highlight. (See here, here, and here.)

In addition, I can say, without qualification, that compiling this list was not-at-all depressing; it was inspiring. And our readers seem to have been inspired, too. On this commenting page, dozens of people wrote in, telling us about well over 50 other female rabbis not included on our list, and how they’re making a difference.

Here are some excerpts from those comments:

• “I would also add Rabbi Sheila Peltz Weinberg and Rabbi Nancy Flam. As two of the four women rabbis behind that Institute for Jewish Spirituality, they have helped to transform scores of rabbis, cantors, educators and lay leaders across the denominational spectrum, thereby transforming the rabbis’ communities as well.”

• “I would like to second the nomination of Rabbi Rachel Ain. Serving in a small city she may not readily come to the attention of the list makers, but deserves to be on such a list. … Since [2004,] she has been the rabbi at Congregation Beth Sholom Chevra Shas in Syracuse NY, where she has brought about a renaissance in Conservative Judaism through meeting the needs of a diverse set of congregants while bringing in a large number of previously non affiliated Jews.”

• “I would like to add Rabbi Zoe Klein. She is Senior Rabbi at Temple Isaiah, a large Reform congregation in the West Los Angeles area. She is a brilliant speaker, poet, and novelist. Her first novel “Drawing in the Dust” was published a year ago. She is also my wonderful daughter-in-law!”

Readers also appealed to us to expand the list to include women rabbis outside the U.S. and Israel, women cantors, and Orthodox women in spiritual leadership positions, even if their names aren’t preceded by the title “rabbi.” Sure, there were some readers who opposed the premise of the list, and our selections for it, but there were many more who asked us to make The Sisterhood 50 an annual feature — a request that we are considering.

But don’t expect that “most influential newsweeklies” list to appear anywhere in the Forward, except maybe in the Backward.