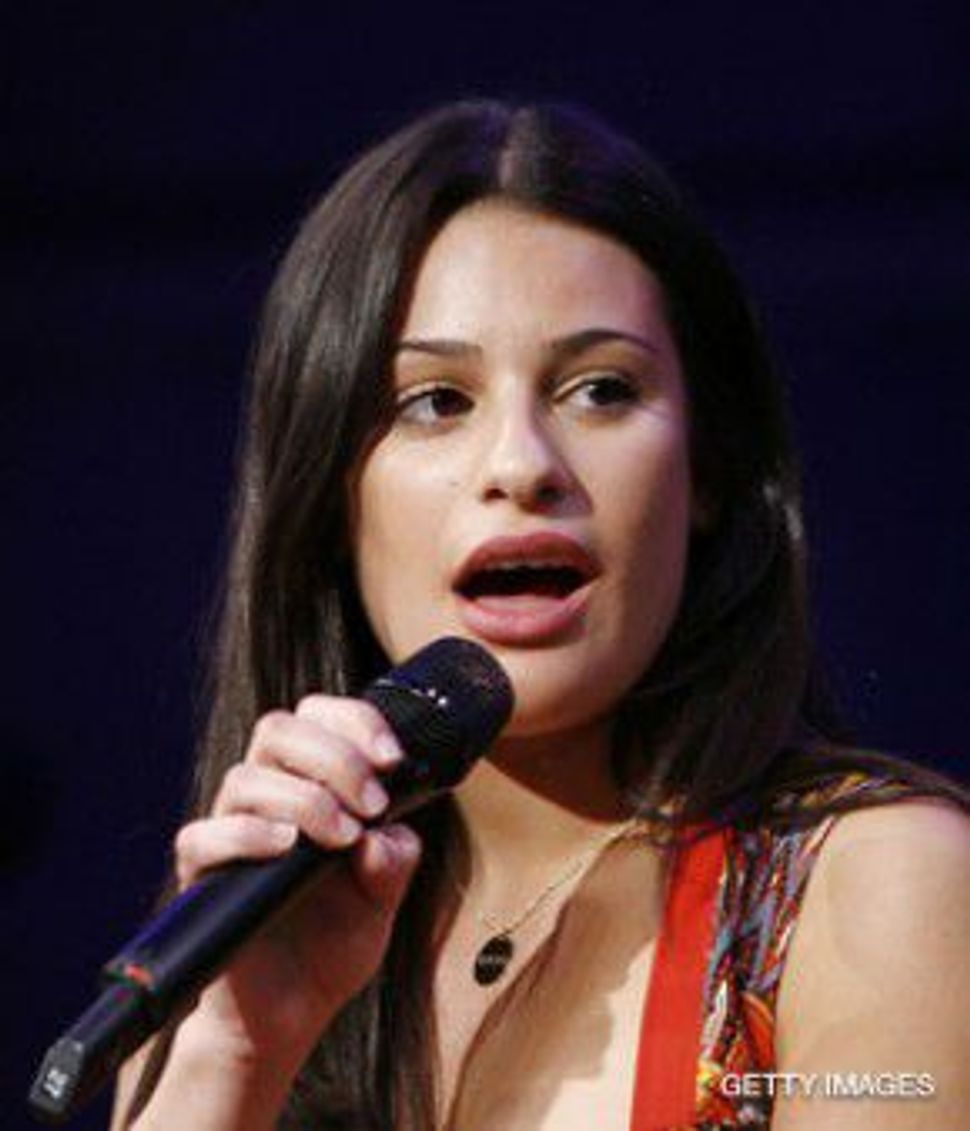 I know she was just trying to look like Streisand, and not pretending she could sound like her, but still. If anyone has the right to model herself after Streisand, it sure isn’t Jennifer Aniston. It’s Lea Michele.

Have you seen her on “Glee”? Or were you lucky enough to catch her performance on Broadway in “Spring Awakening”? (That’s where Boychik and I saw her opposite Jonathan Groff, who also plays her evil love interest on “Glee.”)

Michele — whose father is Jewish, and who plays a Jewish character on “Glee”, by the way — has an incredible voice, and has both the ethnic look (not Aniston’s more classic beauty) and the ingénue-ish charisma to remind you of Streisand’s early work.

Just check out this video of the young actress singing Barbra’s famous song from “Funny Girl.”.

Now, nobody comes close to the desperate longing, the chutzpah and hunger to break out of the circumstances of her birth that Streisand communicates as Fannie Brice in the sumptuous 1968 movie, but please.

Bazaar put Aniston as Streisand in its pages rather than have Aniston dress up as someone else and hold out for Lea Michele?