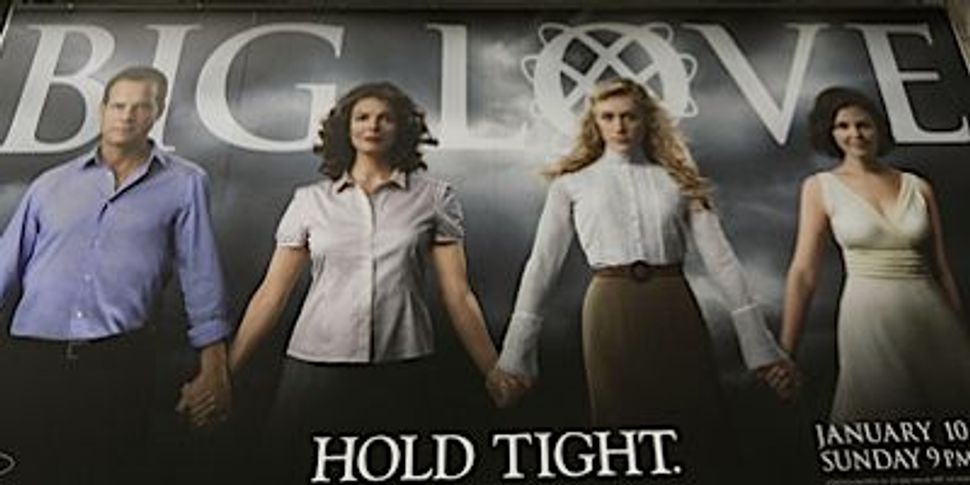 Her conclusion? “I came to realize that my problem with “Sister Wives” is not a problem with the family itself (they are actually quite likeable people), nor is it a problem with alternate polyamorous lifestyles. What I do have a problem with is religious fundamentalism and its adherence to biblical notions of marriage and paternalism. And that applies to Jewish fundamentalists as well.”

Probably because because I’m the harried mother of three, but when I watch portrayals of these strictly religious, patriarchal, and fundamentalist Mormons I’m thinking less about the sex and more about the kids. And, of course, I’m thinking about the Jews.

In addition to hard-core religion and patriarchy, when it comes to having children, ultra-Orthodox Jews and the polygamist Mormon fringe have an identical philosophy — they believe that more is more. The difference is that, unlike their Biblical forefathers, even the most Orthodox Jews believe in one wife at a time. Being fruitful and multiplying to one womb per family.

While it’s fun and entertaining — and titillating — to focus on the sexual hijinks of the televised Mormon families, one of the main goals of the polygamous exercise is for every man to maximize his procreation potential – the real purpose of having multiple wives is having a the biggest possible brood as possible.

When I compare the two, I think that if a woman is going to belong to a restrictive and patriarchal religion that believes in maximizing childbirth, and lays all responsibility of raising children and caring for the home on the woman – polygamy seems like the way to go.

When I drive the streets of certain neighborhoods in Jerusalem and Brooklyn, I stare with fascinated horror at many of the women, who to me, look pale, exhausted, and broken-down at a very young age, after spending their entire adult lives either pregnant and nursing, while overwhelmed with a Sisyphean load of household responsibility — often under severe financial strain since their husband is encouraged to put Torah study first, and making a living second.

The 2005 documentary “Be Fruitful and Multiply,” which profiles Haredi women in the U.S. and Israel (all of whom have more than 10 children), graphically demonstrated how shockingly oppressive the burden of so many children can be in such a restrictive society. Some of the women profiled in the documentary literally did not sleep; the care, feeding and laundry of their household would not allow them the luxury of non-waking hours.

I contrast this with the Mormon polygamist sects where — since the birthing burden is shared among many — the women can limit themselves to having two, three or six children, and can leave the house to run an errand or hold down a full-time job with no child-care worries. In polygamous families, there are often designated “career moms,” who bring home the bacon while one or two or three of the others keep the home fires burning. They don’t have to worry about finding a babysitter or tensely juggling schedules with their husband. If one Mom isn’t available, there’s always another.

Currently, nearly 60% of Israeli Haredim live below the poverty line. One can’t help but think that they might be better off without the rabbinic and legal restrictions against Bible-style polygamy, giving them multiple breadwinners for so many hungry mouths to feed.

Yes, indeed, sharing a husband looks like a serious bummer. So if the choice was Mea Shearim — caring for 10 or 12 or 16 children on my own — or a polygamous pocket of Utah, I think I’d have go with the fundamentalist Mormons. In the context of patriarchal oppression, polygamy may be the best path to a modicum of freedom.