Do Chinese ‘Tiger Mothers’ Leave Jewish Mothers in the Dust? 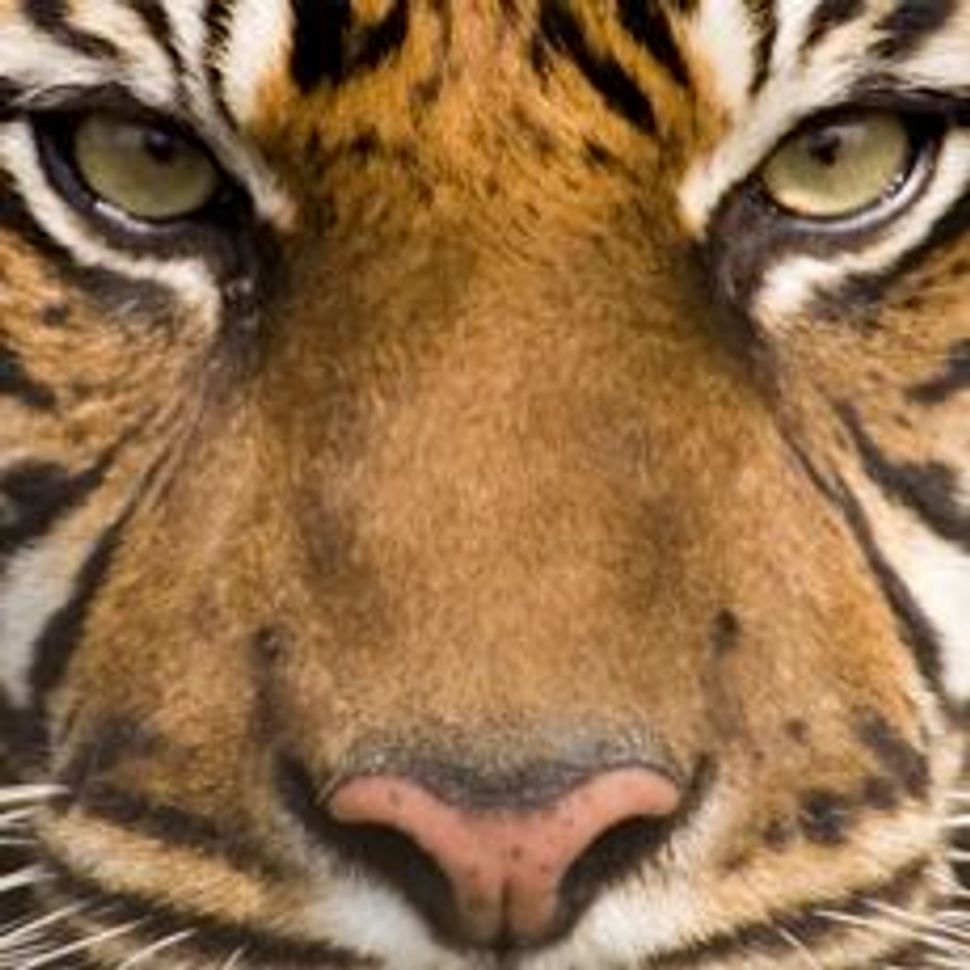 For those of you not plugged into the ongoing chatter in the parenting blogosphere, the buzz over the past week has been the great debate over Chinese so-called Tiger Mothers.

It seems that Yale Law Professor Amy Chua’s piece in the Wall Street Journal struck a chord to which no writing or blogging mother could remain indifferent.

The piece was an excerpt from her book, which has since rocketed up the Amazon charts titled The Battle Hymn of the Tiger Mother.

According to the piece, Chinese mothering makes Sophie Portnoy look lax and permissive. Chua informs us that her daughters were never permitted to

The essay, which some clever editor at the WSJ decided to title “Why Chinese Mothers Are Superior,” was undoubtedly responsible for much of the spotlight on the piece.

Superior? Those are fighting words for the Jewish mother, who is supposed to be the reigning champion on inducing fear, guilt and producing high-achieving spawn. To add insult to injury, Chua goes on to explain that she is “using the term ‘Chinese mother’ loosely. [She knows] some Korean, Indian, Jamaican, Irish and Ghanaian parents who qualify too.” No mention of Jewish mothers. To add even more insult to injury, Chua’s tough style is contrasted against her softer-hearted husband, who is Jewish. Jed Rubenfeld, like his wife, is a professor at Yale Law School (The couple now joins the growing ranks of prominent Asian female/Jewish male power couples, a trend that has been duly noted and analyzed on The Sisterhood.)

The slight did not go unnoticed by Jews. The Jewlicious blog asked worriedly, tongue firmly in cheek, “Are Jewish Mothers Losing to the Chinese?”

While all these other mothers are pushing their kids to A’s and the Ivy’s, Jewish kids are playing T-Ball, getting B-Minuses, drinking, staying out late, and probably shoplifting condoms. We are sunk. Who will be my future dentist and internist?”

In another “compare and contrast Jewish and Chinese moms” piece in the Huffington Post, Wendy Sachs points out that the non-submissive chutzpa children display in Jewish homes can stand them in good stead.

Jewish kids debate at home. They speak back to their elders. They argue while practicing their powers of persuasion on their exhausted parents. And we moms, well, we at least subliminally encourage it — after all, we love a good argument almost as much as we love kibbitzing. And after centuries of persecution and existing on the fringes of nearly every society from Egypt to Eastern Europe, either fighting for entry or thriving in spite of it, Jews are hardwired for resistance.

That results in good future lawyers, as law professor Chua should be able to appreciate.

The Wall Street Journal’s official Jewish mother response came on Saturday from Ayelet Waldman. Even though — interestingly — articles on her response trumpet her Jewishness, in the actual piece she speaks for nurturing Western mothers, not specifically in the Jewish model. She reasonably points out that no “one size fits all” approach can possible succeed: “Roaring like a tiger turns some children into pianists who debut at Carnegie Hall but only crushes others. Coddling gives some the excuse to fail and others the chance to succeed.”

My two cents: a key point that most of these commentators miss is that Jewish mothers — both the immigrant and Americanized versions — can be as uncompromisingly ambitious for their offspring’s success as their Chinese counterparts.

It is their broader definition of “success” — one that treats social status as important to climbing the American Dream ladder as academic success — that leads to their different ground rules. Chua’s “Tiger Mother” model dismisses activities that are crucial to gain social skills important for climbing the ladder in modern America. If one doesn’t master the politics of playdates and sleepovers, how are they going to handle dorm life and office politics? If they don’t play team sports, how won’t their team efforts as part of professional teams — as doctors, lawyers, or corporate executives — suffer? And computer games? Would Facebook founder Mark Zuckerberg really have had a brighter future if his mother had screamed at him to stop futzing around with his computer and go practice violin?

Activities such as sports, playdates, parties and gaming, that are clearly NOT homework drills and music practices are important ingredients for making it in today’s world and that is why many Jewish ‘Tiger Mother’ equivalents not only tolerate, but encourage them.

And if this maternal flexibility just might — only as a by-product, mind you — result in happier and creatively fulfilled cubs, well, then, all the better.

Do Chinese ‘Tiger Mothers’ Leave Jewish Mothers in the Dust?