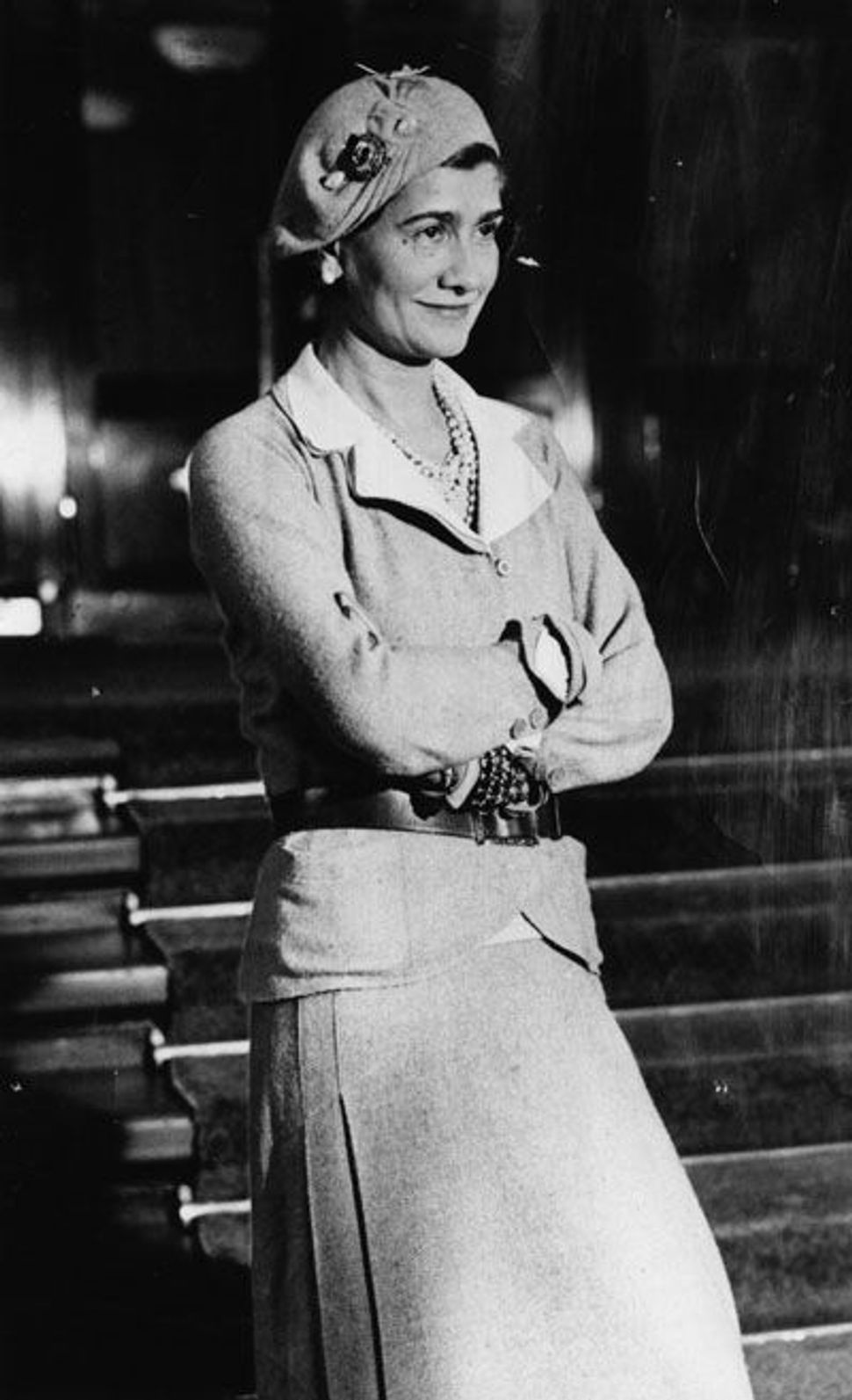 Elissa Strauss: Why did you decide to write this book?

Tilar Mazzeo: This book grew out of my interest in wine actually. In many ways there’s a similarity between wine and perfume, and I began wondering, what makes a great perfume? And of course that led me to Chanel No. 5, which is one of the masterpieces of modern perfume history.

In what ways did Chanel No. 5 pave the way for the celebrity fragrance boom of the last decade?

As one of the first celebrities to have a signature perfume, Coco Chanel started the fashion that Jennifer Aniston or Britney Spears are continuing. She went to [perfumer] Ernest Beaux and asked him to develop a scent, and that’s what film and TV stars today still do at [fragrance houses] like IFF or Givaudan.

The idea behind a signature scent, I suppose, is that it’s part of how we participate in the fashion image of our favorite celebrities. In the 1920s and 1930s, the daring new scents were more musky and avowedly sexy. In the United States today, the fashion is for clean scents. Perhaps we can deduce from this that women’s sexuality today has moved away from the old-fashioned Hollywood voluptuousness of the 1940s and 1950s toward a fresher and lighter image of women.

What do you think of Chanel being labeled as anti-Semitic? In what ways has that impacted her legacy?

The business history behind Chanel No. 5 is a fascinating story. She gave control of the perfume to a group of investors as early as 1924, and she spent much of the next 30 years trying to wrest it back from them when she realized how much money there was to be made. Unfortunately, some of her tactics did make cynical use of the fact that these investors were Jewish.

French culture as a whole was quite anti-Semitic during this period, and I think it’s fair to say that Coco Chanel had the prejudices of her historical moment. It affected how she talked about her partners and some of her actions during the Second World War. And of course it wasn’t just French culture that had this sort of prejudice either. Certainly, after the Second World War her reputation was at a low point as a result of some of her decisions. In the end, however, the Jewish investors quietly triumphed. One of the original families still owns Chanel today.

What fragrance do you wear and why?

I wear different perfumes, although Chanel No. 5 is a favorite. I also particularly like Mitsouko and (hardly a deluxe confession) that old German eau de cologne 4711. But I wear scents just because I like them. And there has been some very interesting recent scientific research on why we like the scents we do actually. Scientists believe that we like scents that highlight what’s called our MHC — basically the “scent” of our immune systems — so that we can attract sexual partners with complementary genetics. It’s not very romantic! But scent is one of the ways we fall in love with each other, and that makes having a signature scent (or a few of them) a powerful thing. And the good news is that if you just choose a scent you really like, you pretty much can’t go wrong.

And what do you think the future of Chanel No. 5 looks like?

Chanel No. 5 has an astonishing ability to remain current, so I suspect it will continue to be the world’s most famous scent for a long time to come.