The Fascination With Murderous Moms 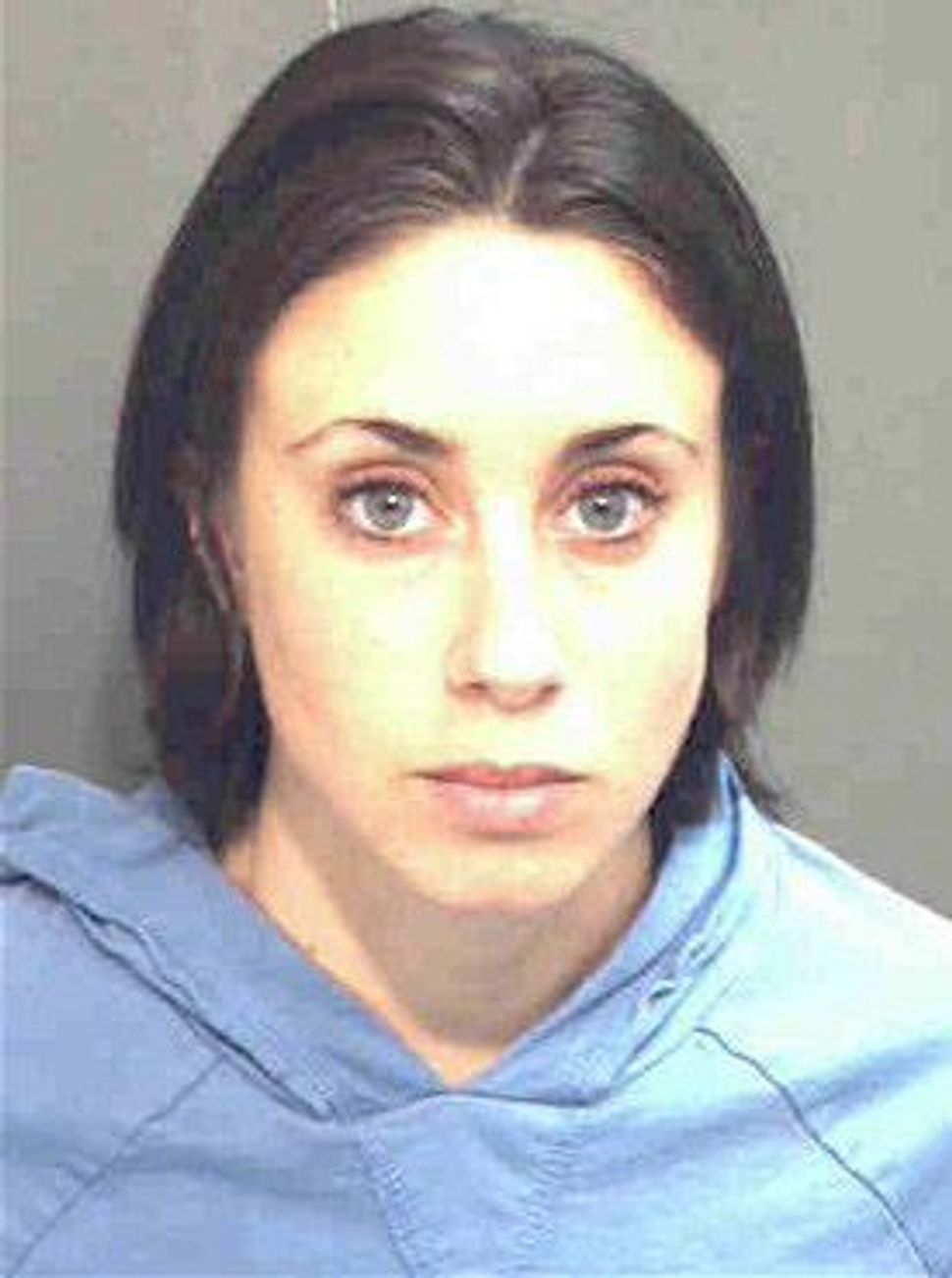 For the past several weeks, sitting atop Google News and on newspapers’ “most emailed stories” lists, alongside the multiple Arab uprisings, tornadoes, volcanoes and the woes of Rep. Anthony Weiner, is the trial of Casey Anthony, now in its third week.

The Florida trial itself is standing-room-only event, with long lines to get into the courtroom. The addiction to the unfolding courtroom proceedings is reminiscent of the O.J. Simpson trial, despite the fact that Casey Anthony was not a celebrity before she was accused of murdering her young daughter. The Chicago Tribune reports that in Florida:

More and more people … are finding themselves riveted by the testimony and wanting to watch every moment of it. So they line up to try and score one of the dozens of public passes for a seat inside the courtroom, they watch on television screens at restaurants or salons, catch live digital streams in the office or follow Twitter feeds on their mobile devices.

Casey Anthony is the alleged murderous mom of the moment, charged with murdering her 2-year-old daughter, Caylee. In 1993, it was Susan Smith, convicted of driving her car into a lake and drowning her two young sons; in 2001, it was Andrea Yates, who was charged with drowning her five children in the bathtub while in the grips of post-partum depression, and found not guilty by reason of insanity.

Now, in 2011, the face of alleged maternal murder is the petite brunette 25-year-old Floridian. Just as kidnapping and murders of young attractive white women are ratings-grabbers, so too are middle-class, white moms-next-door who turn out to be killers.

Back in the days of the Susan Smith case, part of the fascination was the shock: How could a mother be capable of killing her children because she believed they stood in the way of happiness with her new lover? These days, after countless episodes of “Law and Order” “CSI” and “Criminal Minds” we are all more jaded and it is less shocking, to be sure.

And yet, we are still fascinated and have trouble believing it. We try to picture this tiny young woman placing duct tape on her daughter’s mouth, suffocating her, and burying her in the woods, as is alleged. It all seems the stuff of fiction — the layers of lies regarding Caylee’s whereabouts, the creation of the fictional nanny “Zanny,” who was blamed for abducting Caylee, the photographs and videos of Casey partying when she claimed to be desperately searching for her missing child.

In the age of overprotective parenting, where we agonize over every potential choking hazard or unhealthy snack, the idea of child murder is even harder to fathom.

British psychologist Anna Motz, who specializes in female violence, suggests that violent crimes by women are viewed and judged far beyond the act itself as “a crime against society’s idealized perception of motherhood.” Indeed, the case of Casey Anthony reinforces the idea that women who are able to enjoy themselves away from their children must be on some level, evil. Many mothers feel guilty when they leave their living, healthy children with a babysitter and go out to have fun. Here is a woman that prosecutors say are capable of burying her dead baby in the ground and shortly afterwards, participating in a “Hot Body” contest.

We can’t look away from this car wreck of a mother.

Another reason we are riveted by the Casey Anthony case is the potential consequence of her actions. There are 397 inmates on death row in Florida. If she is convicted, Casey Anthony will be the fourth woman among them. That’s one barrier we don’t like to see women breaking.

The Fascination With Murderous Moms