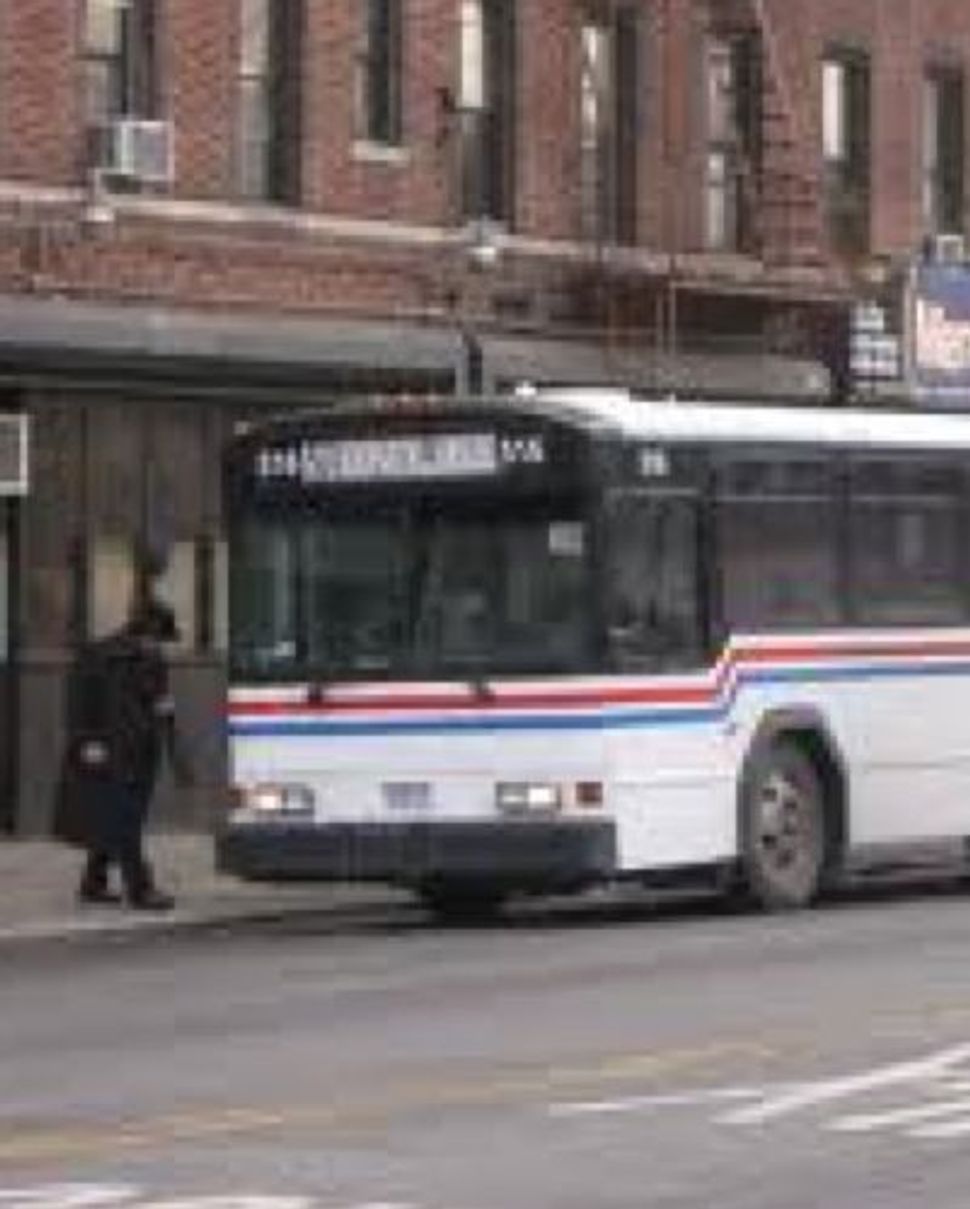 Yacov “Jacob” Marmurstein, owner of the company that runs the quasi-public B110 bus between Williamsburg and Boro Park, is denying that patrons are segregated by gender onboard, though he appears to be the only person unclear about the longstanding practice.

The B110 bus has long required women to sit in the back while men are up front during the trips the bus makes roughly every 20 minutes, from early in the morning until after midnight, between the neighborhoods which much of the Hasidic community in Brooklyn calls home. The buses look different from MTA buses, with dark-tinted side windows, among the distinctions. They don’t accept MetroCards but do have bus stops like any other city bus.

New York’s Department of Transportation wrote to Marmurstein on October 19th, during the Sukkot holiday, enjoining his company from continuing the practice after the story was reported by the Columbia Journalism School publication The New York World.

Marmurstein’s Private Transportation Corp. operates the bus under a franchise agreement with the city (and pays some $20,000 a year for the privilege). That agreement was renewed just last year when, as part of the DOT’s regular review, the company again won the franchise based upon their proposal, a DOT spokesman told The Sisterhood.

In his October 25th letter responding to the DOT, Marmurstein wrote that his company:

We will be placing signage on the buses which confirms these policies and sets forth the prohibition against such discriminatory conduct.

While we are pleased with the operator’s response, we will follow up with them regarding their proposed actions to prevent incidents like those that were recently reported in the press.

Asked if there are any other privately-run franchises of publicly regulated buses in New York, he said that there is one other, which operates airport shuttle buses. When asked, the DOT said that that franchise is not operated by Marmurstein.

But nearly every other private bus in greater New York seems to be, especially those that go to airports.

Marmurstein and his two sons own a whole network of companies that run shuttle buses and vans. They include bus lines Go AirLink NYC and New York Airport Service to the airports, companies that run buses to Atlantic City and to Woodbury Commons Factory Outlets in upstate Rockland County, as well as private charters.

Son Mark Marmurstein is president of Twin America, which was created when Gray Line merged with his previous company, City Sights. Twin America runs double-decker bus sightseeing tours under the City Sights and Gray Line brands and has tangled with authorities including the Surface Transportation Board and the New York State Attorney General .

Son Zev Marmurstein, in addition to being co-owner of the B110’s Private Transportation Corp. is an owner of Miami-based Gold Coach LLC. Gold Coach’s website describes it as:

a family owned and operated charter bus company that originated in Brooklyn, NY in 1981. Beginning with a fleet of 3 buses providing* daily shuttle service to and from local Brooklyn neighborhoods, the company grew rapidly to a point where it seemed wise to expand all the way to Miami, FL.

Another Marmurstein-owned entity is called Mazel Bus Company, aptly named since their bus empire has brought the family both luck and fortune.

Marmurstein pere is a big baal tzedakah, someone who gives lots of charity.

He lives in Boro Park and with his wife Rita has a charitable foundation that in 2009 made nearly $670,000 in donations to three dozen Haredi institutions, most of them in Brooklyn. The largest was a $239,000 contribution to the Viznitz yeshiva, according to the foundation’s most recent publicly-available tax filing.

But Marmurstein has also faced his share of troubles with government agencies.

Earlier this year he was fined nearly $500,000 for polluting Brooklyn’s Gowanus Canal, which runs alongside the headquarters of Private Transportation Corp. and MCIZ, another of his corporations. The local office of New York State’s Department of Environmental Conservation, which levied the fine, has not yet responded to an inquiry seeking more information about whether he has paid the fine or otherwise settled the matter.

Given the growing culture of sex segregation among Haredi Jews, it is difficult to imagine that Marmurstein’s Brooklyn bus line will stop expecting women to sit at the back of the bus, even if, to abide by the requirements of the contract that allows him to keep running the B110, he would want it to.