The Women of Jerusalem Find Their Heads 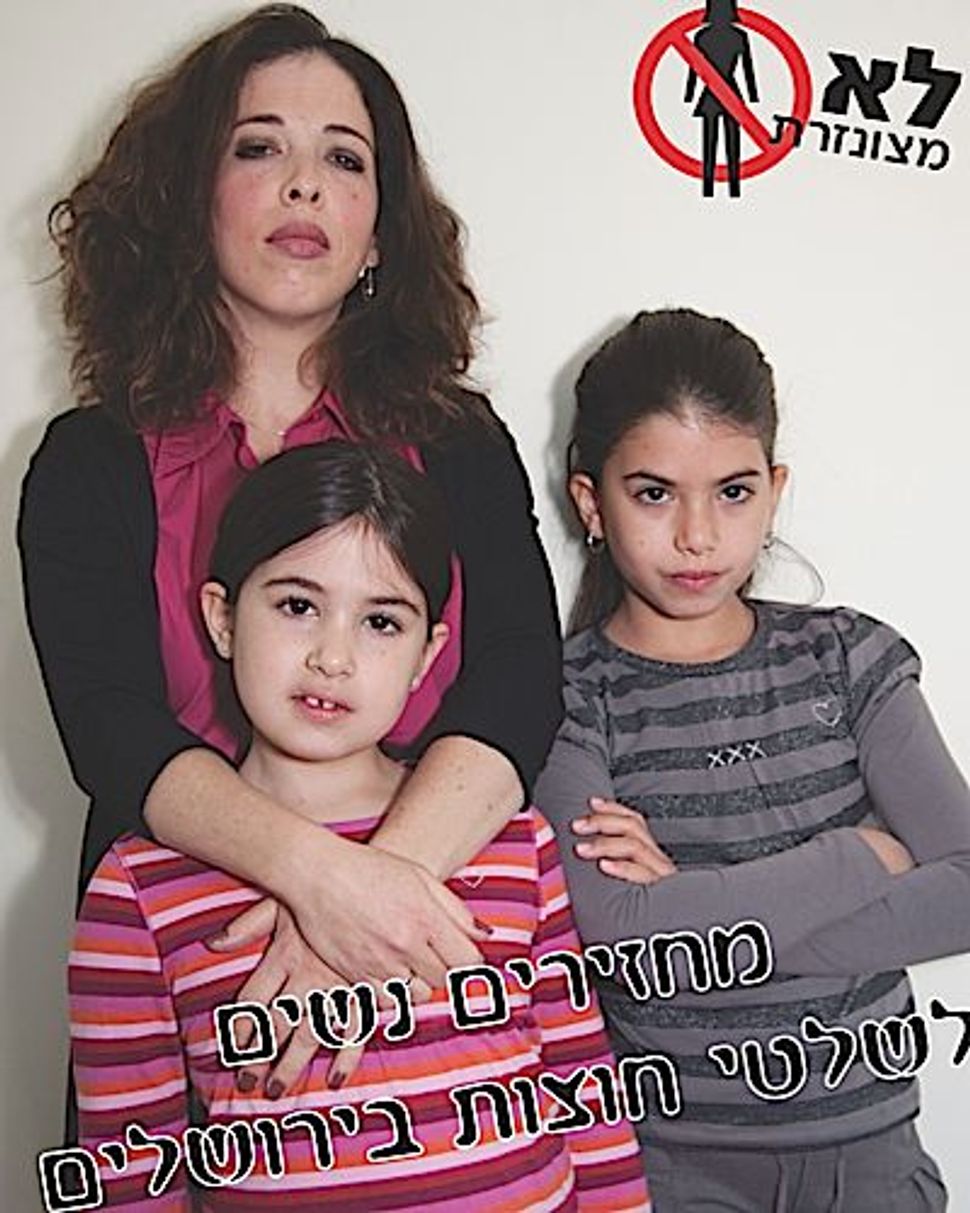 When Sandy Bar lost her head, many Jerusalem residents decided that enough was enough. The actress and model, who is featured in Israeli fashion company Honigman’s ads for its new winter line, was suddenly reduced to a hand holding a purse. The public could see Bar’s face, framed by her long dark hair and adorned with large sunglasses, in the ads posted in Tel Aviv and other Israeli cities. But in Jerusalem, she was represented by a disembodied appendage.

This head chopping has prompted two kinds of responses among Jerusalemites. Some have taken to social media to circulate photos showing the difference between the two ads. One has even made up a “missing” poster for Bar’s head. “Lost: Sandy Bar’s head. Last seen at the entrance to Jerusalem. Finder should call the following phone number immediately,” it says.

Activists with the Yerushalmim civic non-profit organization, who have been tracking the disappearance of women’s images from Jerusalem’s public spaces for the past several months are taking a different tack. As part of its “Uncensored” campaign, they are inviting women to be photographed for posters that Yerushalmim members have begun hanging from balconies in the center of the city.

One shows a mother and her two daughters staring defiantly at the camera. Another has two women standing facing one another, both smiling and wearing black tank tops. Yet another is of just one woman on her own. The caption for all of them is, “We are returning women to outdoor signage in Jerusalem.”

Participants in the initiative emphasize that this is not about wanting to show skin in public. Scantily clothed female models disappeared from the Jerusalem streets long ago, and most residents do not have a problem with that. But they see no reason why “normal women in everyday situations” dressed in regular clothing should be eliminated from view.

The Yerushalmim see their quest as one to bring Jerusalem back to a “natural state,” one in which women need not advertise their dance schools, for instance, with photos only of a corner of a flowing piece of fabric, or of a foot. They want to see that foot reattached to a body, just as the other protesters want to see Sandy Bar’s head back in its proper place.

The Women of Jerusalem Find Their Heads