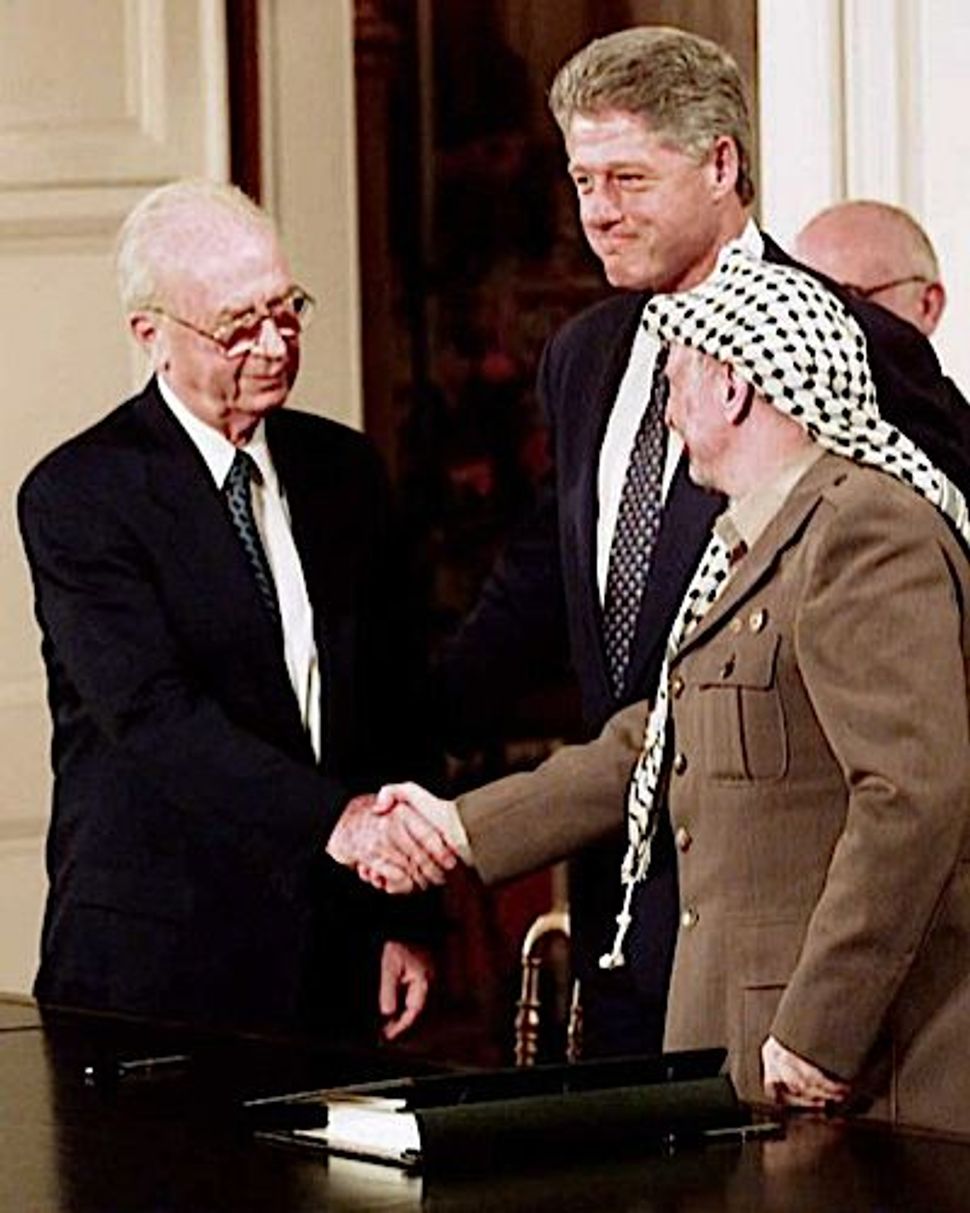 I spent the anniversary of Yitzhak Rabin’s assassination at a mother-son learning event at my son’s yeshivah. Well, it wasn’t officially a Rabin memorial event; it was more like the not-Rabin event. It was advertised as an evening to commemorate the yahrtzeit of Rachel — the matriarch, not the poet.

Yes, she’s been dead a long time, much longer than Rabin, and for most of those three millennia or so since her demise, her yahrtzeit has gone unnoticed. But seeing as it coincides with the Rabin thing, religious educational institutions in Israel have suddenly rediscovered her, finding in her a wonderful way to assemble the masses without having to make a statement one way or the other about their position on Rabin, Yigal Amir, or the intersection of politics and religion in Israel.

When my son texted that he actually wanted me to come to this event (he knows about my poor attendance record at these kinds of things), I was actually quite excited. Not so much about memorializing Rachel, but about the fact that my son wanted to be seen in public with me. That’s a coup in the world of parenting teens.

Actually, the truth is that I love learning Torah with my children, and was really happy that he considered this a welcome opportunity to study some Jewish sources together. Plus, I should be supportive of the fact that the school recognized mothers at all, celebrating our minds and not just our baking skills. That’s a good thing, and he was right that we should go. But the fact that it was on Rabin’s Memorial Day was not really part of the discussion.

The Beit Midrash of the all-boys’ state-religious yeshivah high school was filled to capacity. I was pleased to see other mothers with bare heads and slacks, having been to too many uncomfortable parent events completely dominated by the straw hat. I saw the loose hair interspersed with scarves as a sign that the religious parent community is mixed in religious, political, and gender outlook. I was even more pleased to discover that the learning session was scheduled to be led by a woman.

We spent half an hour learning texts about Rachel in chevruta pairs with our sons. I would have been happy to do just that the whole night. Then the headmaster rabbi got up to speak, and said how nice it was to have a mother-son learning event because “The idea that women don’t belong in the Beit Midrash has passed its expiry date.” That was a nice turn of the phrase — although, if you have to mention it, it’s not entirely out of our consciousness. He then described Rachel as a model for women’s ambitions: “Rachel did not aspire to be number one like Michelle Obama or Sara Netanyahu” — yes, he said number one and not number two, as if First Lady is the highest a woman can get; clearly Hillary Clinton, Angela Merkel and Ellen Johnson Sirleaf are not on his radar — “Rachel aspired to be number one, wife of Jacob, Mrs. Israel.”

Then he introduced the woman who was charged with leading this event, a 30-something, white-scarved teacher in the school who introduced herself as a mother of five boys who “never imagined that she would have the time and energy to study Torah with them this way.” (I still don’t know what she teaches). Her speech was a fascinating blend of insights from Rachel and the Rabin assassination. It was the first mention of Rabin that evening.

The third speaker, a male teacher, spoke about how he was a student at Bar Ilan University in 1995 when his classmate, Yigal Amir, did the deed. By the time he finished, we were hardly talking about Rachel at all.

This interplay between Torah, religion and politics in the religious Zionist world is fascinating. It’s as if we want to be talking about Rabin, but we’re not supposed to say that that’s what we’re doing. It’s as if there is pressure to take a particular stance towards everything, but in practice people’s lives are much more complex.

The evening was in some ways lovely and in some ways sad; it would have been nice to be able to overtly admit that we want to talk about Rabin, even if some are still struggling to make sense of the events around his assassination and the place of the religious Zionist community within them.

The event signaled for me how much the religious Zionist community is struggling in general. It is struggling over identity, anxious about the way it is perceived by the rest of society, unsure about its own place in Israel’s future, but mostly fearful about breaking with expectations and conformity. It is a community without courageous leadership and with a waning vision, facing enormous shifts not only around gender but also about their location between Haredism and secularism as pressure towards extremism, like gender segregation) coexist with pressure towards greater openness and liberalism. All the while, the community wrestles with what it all means for its own culture, religion and identity.

The good news is, even as the community grapples with all these issues, at least I got some welcome bonding time with my son. I suppose that’s enough for me right now.