Looking Past Fashion for Social Messages 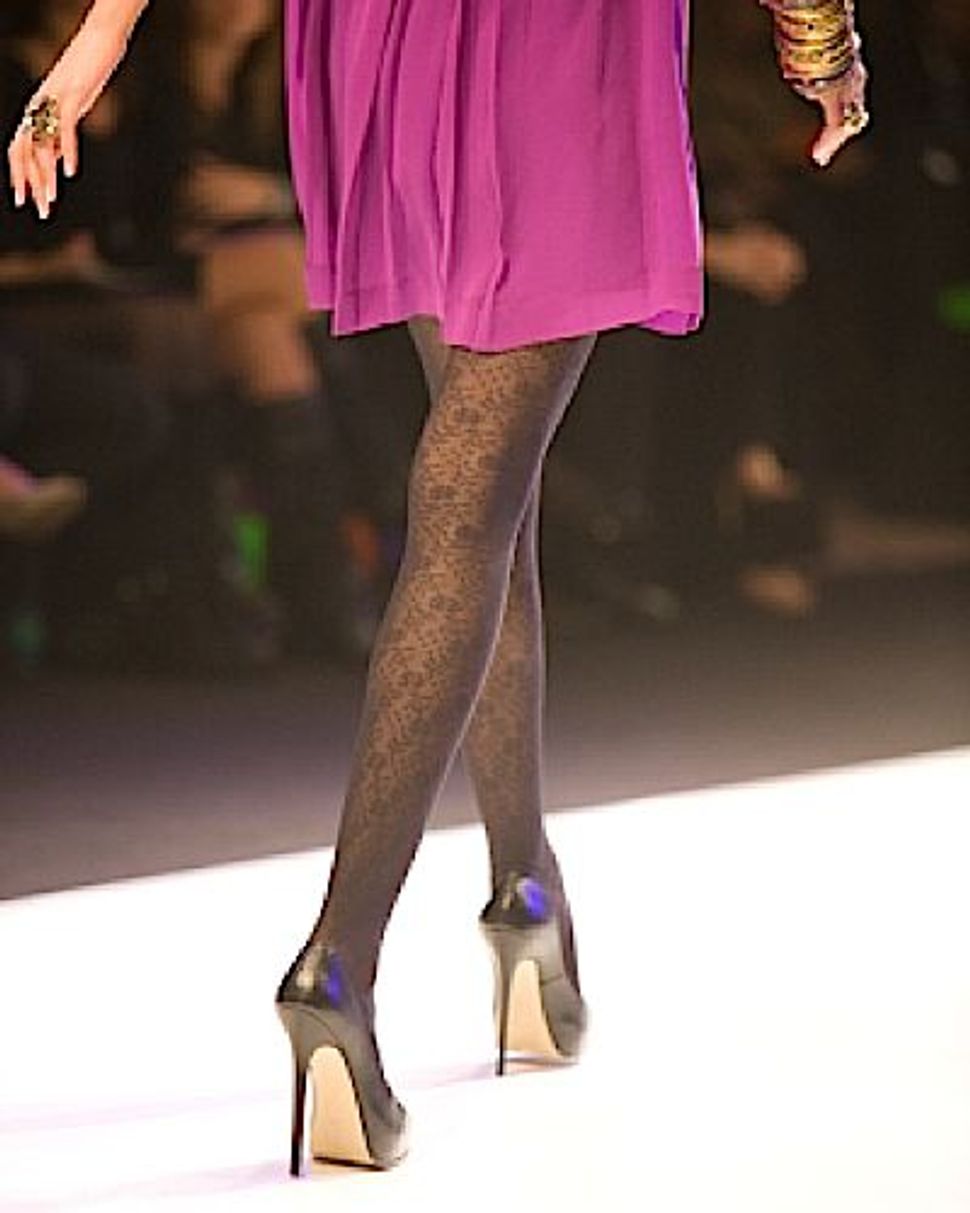 While my son’s religious yeshiva recently invited mothers to an evening of mother-son learning, my daughters’ mixed-gender school decided to hold an event for women that revolves around “styling.” The flier reads: “Dear community chaverot (meaning either female members or female friends), you are invited to a unique evening on the subject of ‘Style Together’ ….”

Some apparently famous fashion writer/stylist will be lecturing on the subject of “How to use fashion to transmit social messages,” followed by tips on dressing for image and personality or whatever. The flier is brightly adorned with silhouettes of tall skinny young women wearing flared mini-dresses and high heels, with flowers in their hair. How fashion sends social messages, indeed.

I can imagine the protests already, before I’ve even started explaining why this is so upsetting to me:

What’s the big deal? It’s just a fun evening. Don’t we all want to dress well anyway? Isn’t this useful information? Practically every school has fashion-show fundraisers, so how is this different? Come on, why are you being such a stick in the mud? This is why people say feminists are too serious. Let women have their night out. It’s just a night for women to get together and bond — like going for manicures

(Suddenly midrash manicures don’t look so bad — at least they have a midrash component).

The reason why this is all wrong is because the evening is being billed as an opportunity to teach women how to do life better — and it’s all about appearances.

Once again it is gendered. It’s an event teaching women to equate success with our bodies. The message is that despite all women’s achievements, despite our attempts to be valued for our minds, to be treated as equals politically and economically, to do away with sexual harassment and abuse, to get the world to see beyond the thinness or sexiness of our bodies and made-up faces and respect us for our spirits and intelligence, here we are, reverting to the age-old message that our value in this world is a function of our knees, our shoulders, our sensual poses, our smiles. Bat those eyelashes, ladies, swing those hips, dress for success….(Insert image here of me with an open mouth and a finger pointing to the back of my throat).

This is just backward! The message is so retrograde that I feel like I’m an episode of “Mad Men.” I mean, we might as well have Betty Draper here teaching us how to get what we want without getting a single crease or smudging our mascara.

An event from a school targeting “the women of the community” should have some relevance to the content of our lives and our spirits, not our wardrobes. Give me a talk on the status of women in government, a discussion of the recent Jerusalem protests against the erasure of women’s images and voices from the public spaces, a communal analysis of the implication of the tent protests on gender in society, a task force on how women can come together to promote women’s economic empowerment in the community or fight violence against women.

Something that says that being a woman has depth, meaning and significance. I would like some way of bonding and connecting with other women around something other than doing our nails or our hair or our clothing. Being a woman is not about how I dress. It’s about who I am as a person. It’s about my work, what I contribute to this world, my mind and what I have to say.

I cannot help but consider the contrast between last week’s event at my son’s school and this event at my daughters’ public school. It is fascinating that the religious school invited mothers to learn, while the non-religious school invited mothers to learn how to dress. Even if I was uncomfortable with some of the messages from my son’s principal about women’s place as wives and mothers, all things told, the messages of the evening there were light years ahead of those that the non-religious school is sending right now. I am simply astounded. An evening of learning with my daughters would have been a welcome alternative to this.

The bottom line is this: Women’s wellbeing is threatened by secular culture no less than it is threatened by religious culture. Those of us who dwell in both worlds need to fight both battles at once, to get schools and society and even idiotic PTAs to really think about what it means to be a woman. Events aimed at women, if they should even exist, should focus not on our appearance or our sexuality or our roles as “helpmates” to men or any other archaic function. If you want my attention, invite me to engage in building a society based on the values of fairness, justice, equality, compassion and humanity.

Looking Past Fashion for Social Messages