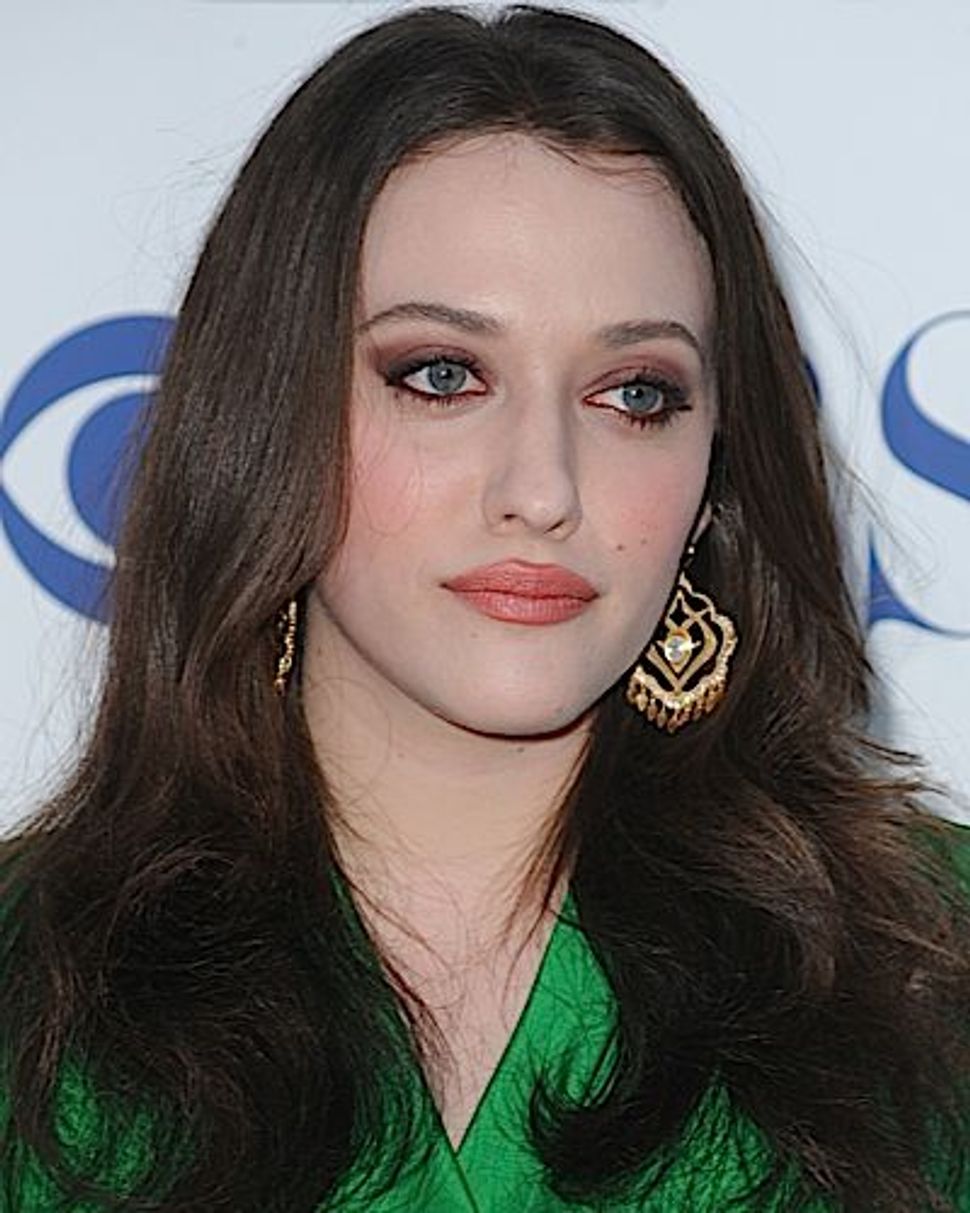 Actress and my new favorite Jewess Kat Dennings tweets: “Every time a magazine Photoshops my nose, a Nazi gets its wings.”

Israeli couples are looking to create more egalitarian wedding ceremonies while still staying within the confines of Jewish law, but it isn’t easy, reports JTA. Some rabbis make the women take mandatory “bride classes” in which they “are told that if they don’t observe the laws of family purity and go to the mikvah regularly, they or their children will be plagued by disease.” You would think they would save that one for “new mom” classes. You would also think they would say things that are, ahem, true.

At Huffington Post, via Heeb, Jayson Littman writes about his experience with a Jewish organization that helps men rid themselves of “unwanted same-sex” attraction and how it actually helped him build up the confidence to come out.

Boston University has posted the video of “Sister Act,” during which Sarah Silverman and her sister, Rabbi Susan Silverman, talked about growing up Jewish in New Hampshire. Judy Bolton-Fastman wrote about it for the Sisterhood here.

Jewish grandma Mary Katz Erlich reunited with the family which helped save her during the Holocaust, writes the New York Daily News. Elrich hadn’t seen members of that family for over 60 years.

Haaretz reports that Marie-Yvonne “Maguy” Kakon is the only Jew running for parliament in Morocco. Kakon has four kids and has written several books on Jewish culture in Morocco.

Adalah-NY: The New York Campaign for the Boycott of Israel, which is part of the BDS movement (promoting boycotts, divestment and sanctions against Israel, which it terms an ‘apartheid’ state engaged in ‘ethnic cleansing’), has asked Daphne Guinness and the Fashion Institute of Technology to stop taking funds from Bukharan-Israeli billionaire Lev Leviev for the current exhibit featuring Guiness’s collection of couture, reports Women’s Wear Daily. It objects to Leviev’s funding of West Bank settlements and his involvement with Angolan diamond industry. My question is, why did the heiress need Leviev to underwrite it in the first place?

At Forbes Stephanie Taylor Christensen writes about the financial benefits of bringing babies to work. What do you think, moms?