‘Women Should Be Seen and Heard’ 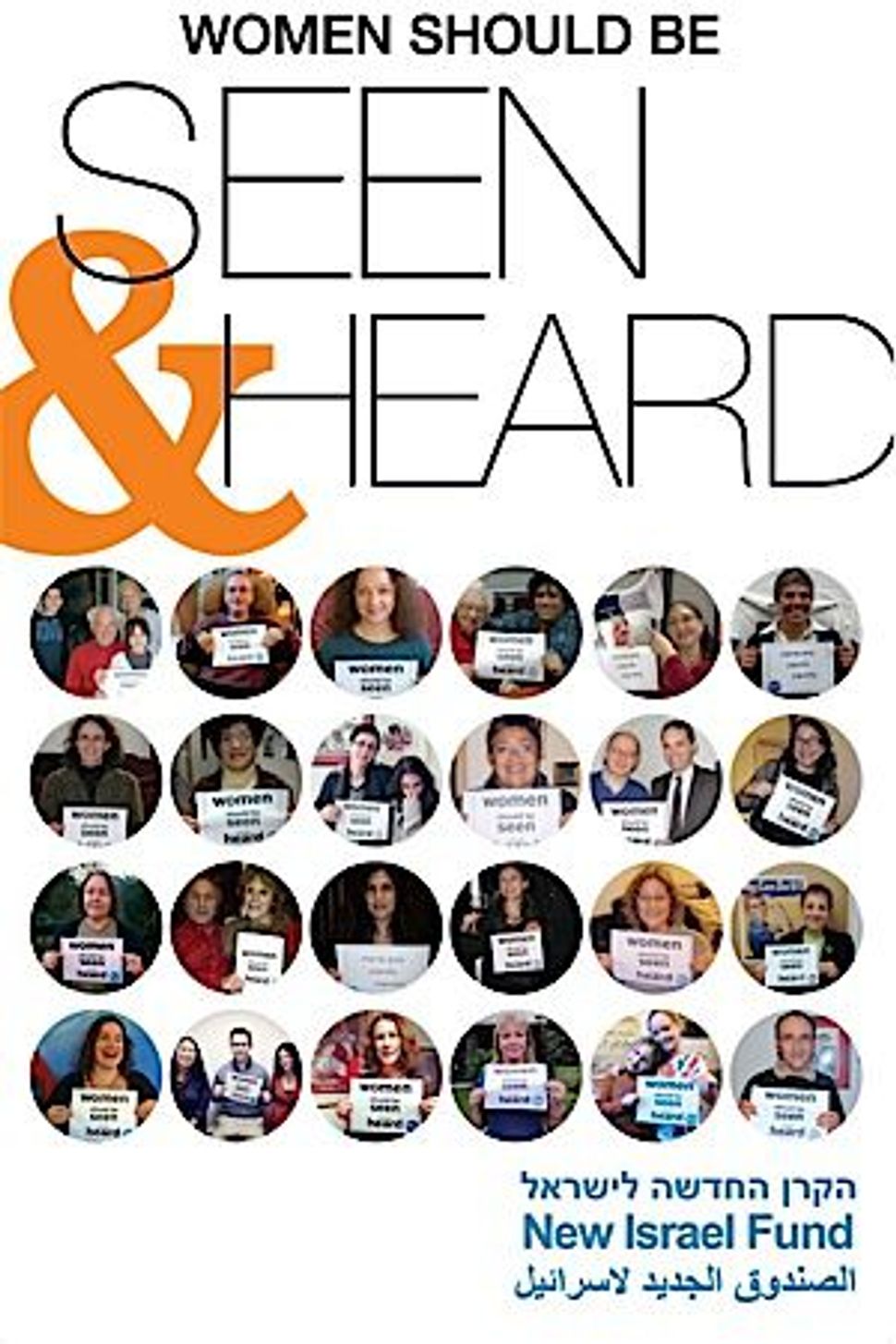 Hundreds of people are expected tomorrow in downtown Jerusalem to listen to female singers, including Noa, in a demonstration being called “A Song for Equality: A Demonstration of Women Singing.” On display at the event, which is being organized by an Israeli group called Be Free Israel, will be a large banner of photos of American men and women holding signs that say “Women Should be Seen and Heard.”

The banner was created by the New Israel Fund, which recently launched a campaign to counter the growing disappearance of women from public view in Israel’s capital city, where increasing Haredi influence has led to women being told to sit at the backs of public buses and advertisements that show only men — even when they are for a women’s product or service. There are also increasing efforts to bar women from singing in places where there are men in attendance even in the IDF.

More than 200 photos have been submitted to the “Women Should be Seen and Heard” campaign, said Naomi Paiss, the organization’s director of communications. Sixty of the photos were hastily assembled into the banner, and Paiss says the organization hopes to display some of the of the 6-foot-long banners in a public advertising campaign.

When we found out that our grantee, Yerushalmim was using a small grant we gave them to put up posters of women in Jerusalem, we thought American women (and men) would like to join in restoring women’s presence to the public sphere in the city. Judging by the response we got to our own email and to Ruth Marcus’ column, we were right.

NIF’s effort is one of many attempts to turn the tide.

According to this article, Israel’s national organ transplantation center, known as Adi, is this week re-launching its ad campaign, and this time including images of women. As Tirtzah Flohr recently wrote in a Haaretz column, Adi had “caved in to pressure from the Haredim to run the Adi advertisements without photographs” of women.

For now, at least, women are re-claiming their voices, and again being seen and heard in Jerusalem.

‘Women Should Be Seen and Heard’