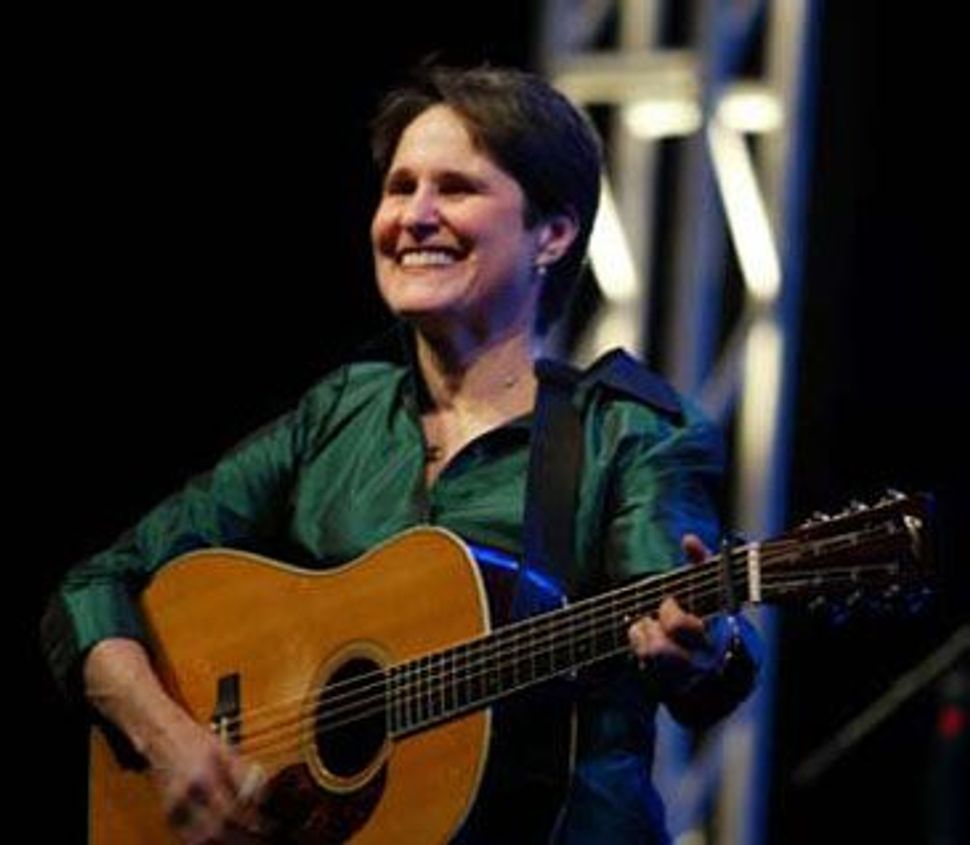 Image by Courtesy of HUC

Something didn’t sound quite right to me at last week’s dedication of the Debbie Friedman School of Sacred Music, the cantorial school at the Reform movement’s Hebrew Union College–Jewish Institute of Religion.

Despite the love and sadness that suffused the event, which was born out of a desire to honor the singer-songwriter who died in January, hearing Debbie’s folky Jewish spirituals sung in multi-part choral harmony didn’t quite fit. And I wonder how she would have felt about the cantorial school being renamed in her honor. After all the school probably wouldn’t have accepted her, had she ever applied, because Debbie had absolutely no formal musical training.

Debbie’s innovative compositions changed the way many religiously liberal Jews approach prayer. Instead of the high-church operatic quality that characterized classical Reform worship (attended by a choir), Debbie used music to create a direct line of communication between congregant and God. Much as Rabbi Shlomo Carlebach did in Orthodox Judaism, Debbie took text and themes right from the prayer book and Bible, marrying them to melodies structurally simple enough for anyone to be able to quickly catch on. In time, as Debbie taught them to Reform-movement campers and youth group retreat-goers, and then groups of song leaders and Jewish educators, her work became transformative.

At the cantorial school dedication, attended by nearly 400 people at the Reform seminary’s brick building near Washington Square Park, it was her music that was adapted and sung, mostly in a more formal way than I had ever heard it before.

Debbie’s sister, Cheryl Friedman, who came from California with their elderly mother and aunt to attend the ceremony, said that while Debbie would likely have felt embarrassed by the honor of having the cantorial school named for her, she also would have appreciated it.

“I love to hear people create their own interpretations of Debbie’s music. It’s what Debbie would want, to translate it into modes that speak to them,” Cheryl said.

At the dedication, Jerry Kaye, the earliest and perhaps most influential of Debbie’s mentors, spoke of the long struggle she faced to have her folk-infused, informal music taken seriously by the Reform movement and others. And Cantor Bruce Ruben, director of the Debbie Friedman School of Sacred Music, said that she “inspired rabbis, cantors and Jewish educators” with music that “would speak to the next generation of Reform congregants.”

Rabbi David Ellenson, president of HUC, his voice breaking as he struggled not to cry, described his late friend as “a tzadeket, a righteous woman, who had her moments on the other side as well,” referring to her occasional prickliness. “The purpose of worship is the elevation and renewal of our souls. No one elevated our souls more than she did.”

Debbie joined HUC’s faculty in 2007. HUC wanted “to employ her enormous talents as a caring teacher and composer,” Ellenson told The Sisterhood after the event. She worked with rabbinic and cantorial students at HUC’s campuses in Los Angeles, Cincinnati and New York, he said.

After being so long dismissed as “just a song leader,” it was the kind of formal recognition by the Reform movement Debbie had long desired.

“Her goal in life was to perpetuate Judaism l’dor v’dor [from one generation to the next]. That is what she lived for,” her sister, Cheryl, said. “What better way to do that than to train cantors who will go out and teach other people?”