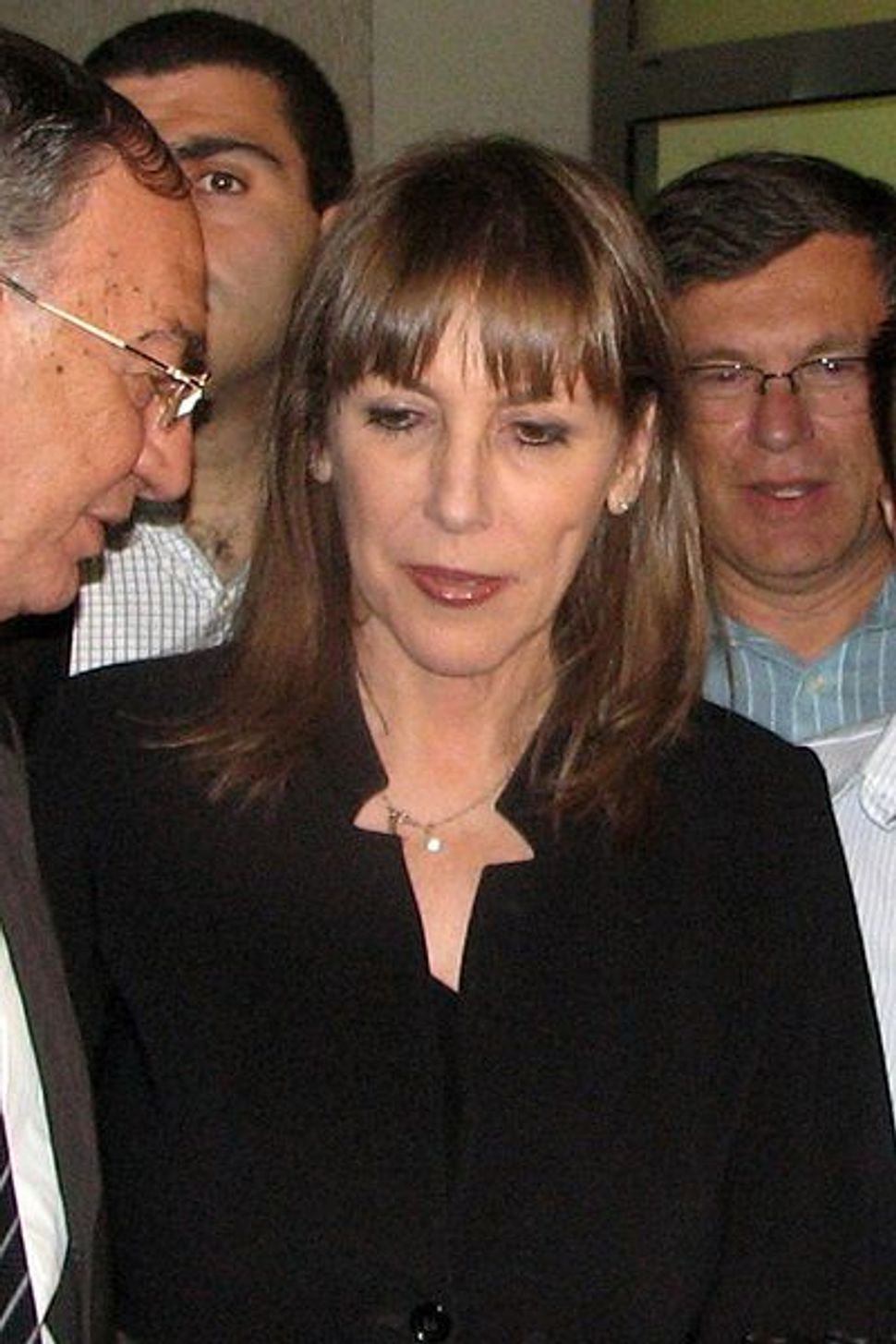 Israel’s Minister of Culture and Sport Limor Livnat was doing well for a while in her efforts to combat gender segregation. But then she, like others before her, fell into an all-too familiar trap: religious politics.

Livnat, a leading Israeli legislator recently decided to take a vocal lead protesting gender segregation in the public sphere. It was an exciting development when, during a weekly cabinet meeting mid-December, she proposed a series of governmental actions to fight such segregation. Her proposals included setting up an inter-ministerial committee to enforce equality, having the Civil Service Authority publish clear guidelines for several bureaucratic bodies, and opening up special government hotlines to field complaints about coerced gender segregation on buses and elsewhere.

Livnat was probably the first coalition member to take real action on the issue, and it seems her actions propelled other Knesset members to take a stand. A few days later, Kadima leader Tzipi Livni called an “emergency conference,” which included a protest march from the Supreme Court to the Knesset. Then, this past Friday, an impressive cross-party alliance of female MKs, coordinated by We Power, a phenomenal organization that promotes women in politics, held a massive conference in Tel-Aviv’s Cinemateque. Lively photos of Livnat (Likud), Livni (Kadima), Shelly Yachimovich (Labor) all smiling with arms wrapped around each other, have been circulating around the Internet, providing a much-needed injection of inspiration, the hope that the women’s rights movement that has been ignited has real leadership.

But the euphoria was short-lived. This is where the fight for women’s rights gets stalled in Israel. It begins with small reservations, a tiny step on the brakes, a slight backing down in capitulation to religious “sensitivities.” Livnat said in an interview this weekend that Haredi cities should be allowed to have gender segregation. “It’s their lifestyle,” she said. “If in Beitar Illit or Modi’in [Illit] wants separate buses, it doesn’t bother me.” Whether Livnat thinks the same of Beit Shemesh, the city that was once home to a broad social diversity but is now notorious for crude, widespread violence against women — even Orthodox, well-clad women, even 8-year old girls on their way home from school — is unfortunately not clear.

Livnat is hardly the first to suggest that extreme religious practices should be justified as part of “their” culture — she is not even the first female politician, or feminist politician. Only a few weeks ago, MK Tsipi Hotovely, who heads the Knesset Committee for the Status of Women, submitted a bill that proposes giving the Chief Rabbinate authority to decide about issues of gender and religion in the army — i.e., giving permission to soldiers to refuse to participate in events where women are singing, for example. Hotovely angered many women’s groups, who view her proposal as worse than the status quo because then the rabbis would officially have power to put down women de jure, something that until now is merely de facto. In fact, Livnat’s take-over of last week’s cabinet committee, which came a few days after a protest against Hotovely’s bill, seemed to be a way for Livnat to take the reins on this issue, to kind of outrank her junior party-mate. Livnat seemed to be saying to Hotovely, let me show you how this needs to be done.

But then Livnat took a cowardly step back in the face of pressure from the religious public (or perhaps some of her religious family members). The idea that “they” deserve to have “their” culture respected is a disingenuous use of cultural relativism to defend a society that, ironically, is one of the most culturally intolerant that Israel has ever seen. Sure, Haredim can yell, spit, bully, and worse in order to defend their absolutist notions of right and wrong. But if someone comes along and calls them on it, out comes this whole “woe is me” thing; why don’t you all leave us alone, let us have our culture, this is our way. And unfortunately, some people mistaken fall for this, the latest being Livnat.

Let’s be clear about this: The State of Israel cannot abide any culture which systematically harms one group of people. A culture that sees 50% of the population as needing to be silenced, covered, controlled and displaced is not a legitimate culture and does not deserve respect and protection.

Those who care about women’s equality need to fight not only the legal-bureaucratic battle, but also the cultural-rhetorical battle. When Haredi sympathizers cry “leave this culture alone,” a cry often coupled with “this is just baseless hatred [sinat hinam],” our immediate challenge is to take back the language.

Feminism was once about the idea of “Take Back the Night.” I feel like right now, in Israel, it’s about “Take Back the Discourse.” It’s about not letting rhetorical twists disarm us from the truth. Really, this is about Judaism and humanity. It’s about Take Back the Culture. Take Back Judaism. Take back the Jewish Spirit.