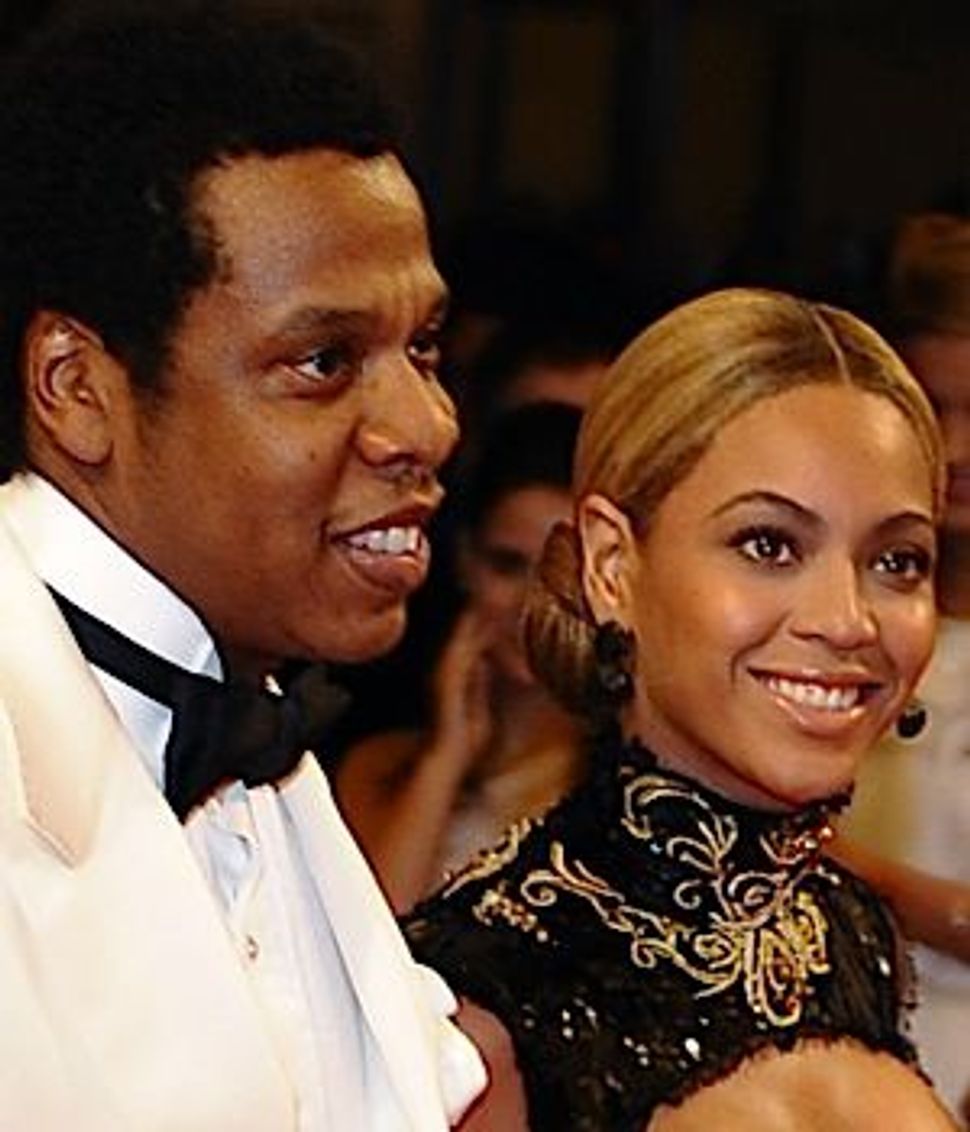 The happy parents of Blue Ivy Image by Getty Images

This was a big week for the Knowles-Carter family. First, as you have likely heard, Beyoncé gave birth to a baby girl named Blue Ivy. Second, for those of us pushing for more open and honest discussion about the reproductive process, new daddy Jay-Z became a hero.

Like many musicians before him — check out Slate’s round-up of post-natal hits — Jay-Z released a song about his child. Entitled “Glory,” the single begins with the rush of euphoria felt by the new parents. “The most amazing feeling I feel/Words can’t describe the feeling, for real/ Baby I paint the sky blue/ My greatest creation was you, you: Glory.”

But then Jay-Z moves to a darker place. “Last time the miscarriage was so tragic/We was afraid you’d disappear, but nah, baby, you magic/So there you have it, shit happens.” With those lines, Jay-Z adds more to the miscarriage conversation than anyone else in recent memory. Here he is, explaining out loud, in verse, the pain and fear that miscarriages bring. And in a rap song! Among the many tropes associated with the genre, fomenting dialogue about reproductive issues is not one of them.

Celebrities like Lily Allen and Kirstie Alley have spoken publicly about their miscarriages, but rarely do we hear it coming from the father. In this one simple line Jay-Z not only presents a healthy model of grieving and recovery — he calls it tragic and then says “shit happens” — but also clearly articulates that it happened to him, too.

As we have written about before on The Sisterhood, we still live in a time when women are scared or reluctant to share their problems with getting pregnant or having a baby. There are those three months in early pregnancy when friends disappear because they don’t feel comfortable sharing the news with close ones, including those who would be a source of a support should they experience a miscarriage. And there is the silence that surrounds the struggle with infertility — something Redbook magazine is trying to end.

According to the American Pregnancy Association approximately 20% to 25% of pregnancies end in miscarriage and infertility affects at least 10% of couples, though those numbers begin to rise in those older than 30. In short, infertility and miscarriage aren’t freak occurrences, but the absence of healthy public conversation on the subjects leads many to believe that they are. And therein lies the shame.

I understand and respect that some people just aren’t comfortable discussing these things, but I do think the world would be a better place if more women spoke up, and doubly so if men, like Jay-Z, did too.