Is Feldman’s Story More Than ‘Unorthodox’? 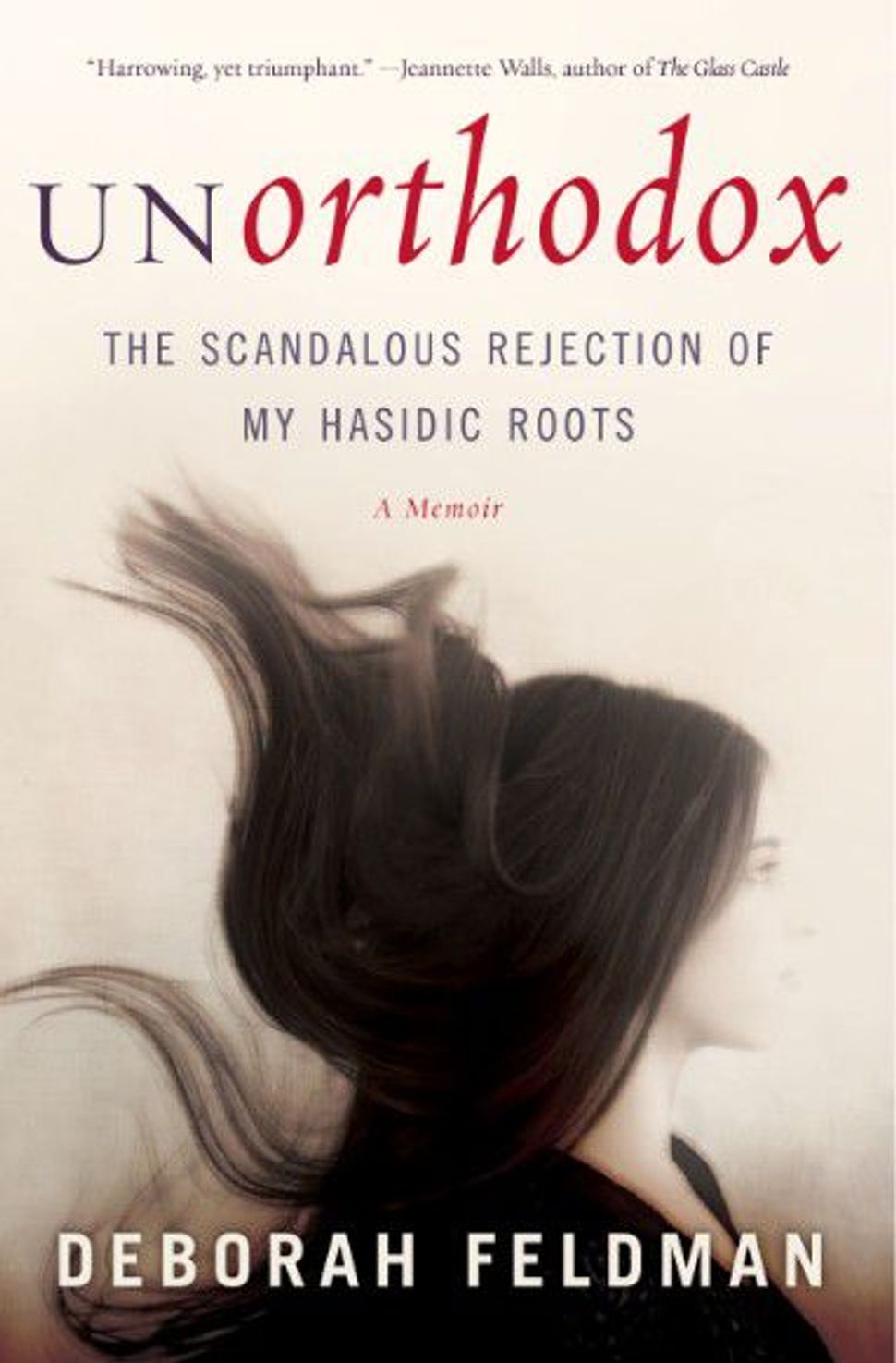 There is something that seems slightly worrisome about Deborah Feldman. She has written a sensational first book, the memoir “Unorthodox: The Scandalous Rejection of my Hasidic Roots,” which is newly published by Simon & Schuster and grew out of an anonymous blog she kept while trying to work her way out of life as a Satmar Hasid. Now questions are being asked about her veracity.

Her story, which The Sisterhood’s Judy Bolton-Fasman wrote about here, is riveting: Left by her mother as a very young girl, Feldman’s father is developmentally delayed, and she is raised in Williamsburg, Brooklyn, by his parents. The confines of a Satmar girl’s life, particularly that of a girl whose family has neither money nor lineage to boast of, are rigid. She is married at 17 to a man she’s barely met and becomes pregnant as soon as they figured out how to consummate their marriage.

It is a life most of us can hardly imagine. And as a result, Feldman has been getting lots of press. In addition to a spot on “The View,” the book has been reviewed in The Forward, and covered by The New York Post and ABC News.

There is much that is shocking in Feldman’s story. Her best friend suffers terrible injury by her new husband when neither of the young marrieds has any idea how things were supposed to work on their wedding night. Another surprise (and I won’t give it away here) is why Feldman’s mother really left her.

Sometimes “Unorthodox” seems written in the voice of a girl still on the cusp of adolescence. And while it is memoir, so of course completely subjective, some of the portrayals of people in her life are so broadly written as to seem like caricatures.

But the New York Jewish Week’s Hella Winston now writes that the story Feldman tells is untrue. Instead, Winston writes, a 19- or 20-year-old young man killed himself, and the death was reported to secular law enforcement.

I spoke with Feldman about it on Saturday night. She was defensive about Winston’s story. “I don’t have a response. My response is always no comment. I am not a journalist…You read the book, you saw how I portrayed that story. I don’t even know why you would try to engage about it.”

Other people besides Winston seem to have questions about Feldman and her book. A new blog is devoted to “exposing Deborah Feldman,” and the holes it says are in the stories she tells about growing up Satmar.

Whatever the truth, something about Feldman still seems very young, though she is now 25 and the mother of a nearly 6-year-old son. In photos in the Post, posing in a sequined, sleeveless mini-dress, and in pictures on the ABC News website, where she sits on a park bench, wearing high heels, tight jeans and holding a cigarette in her hand, she looks like nothing so much as a young girl posing the way she thinks grownups are supposed to.

She reminds me of 13-year-old girls I see at some bat mitzvahs, teetering around on stiletto heels and wearing minis so short they can’t safely sit down.

Now living on the Upper East Side with her son, she said there is nothing she misses about life in the Satmar community. “Everything I miss I can have,” she said. “If I want cholent, I make cholent. I have it all now. I am just exhilarated by it. There is not even within me even one shred of regret.”

Is Feldman’s Story More Than ‘Unorthodox’?