The Benefits of ‘Internet Empathy’ 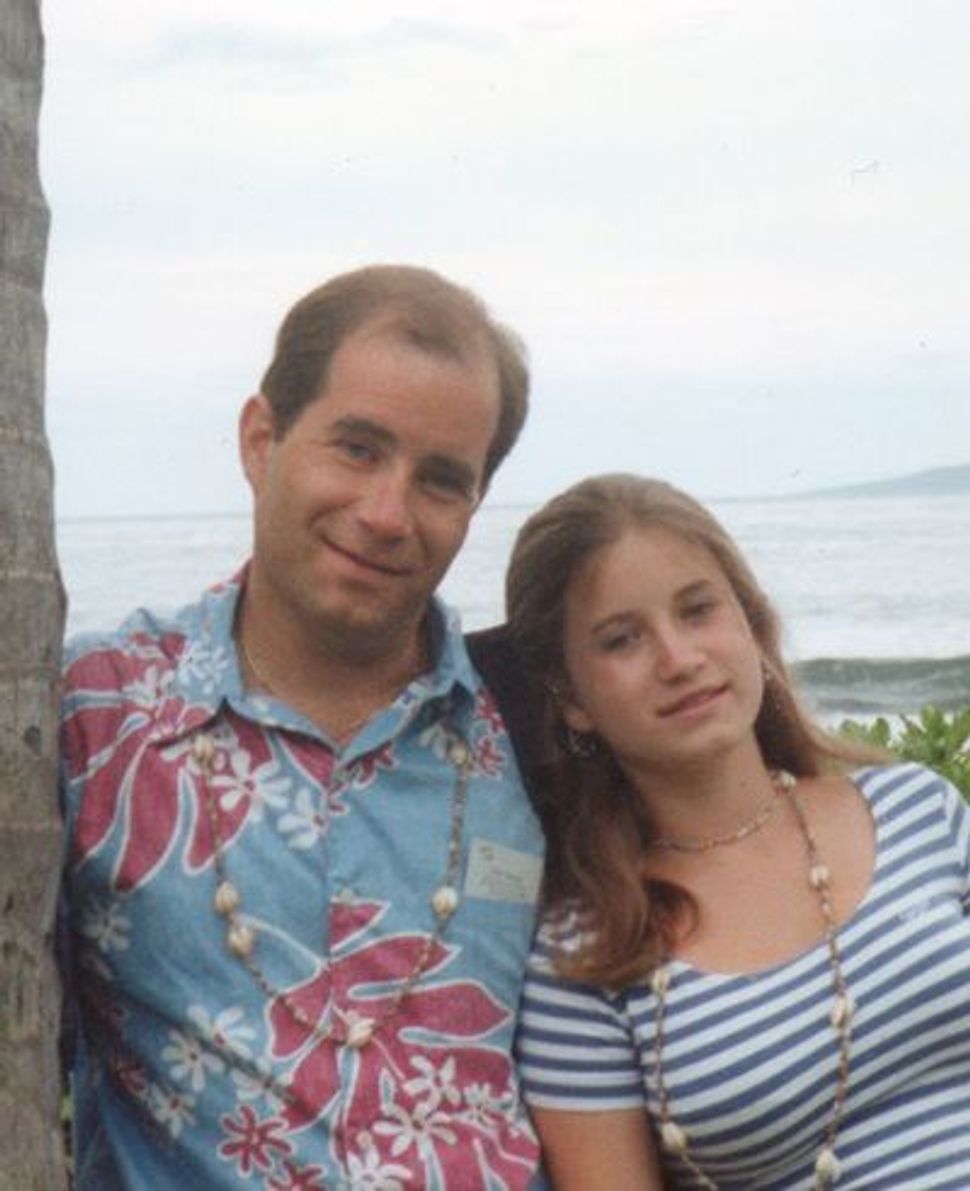 The author and her dad.

Beth Kissileff, in a Sisterhood post published on the same day, comes out against this sort of virtual outpouring. She writes that those prone to expressing “internet empathy” may be fooled into thinking that “their quota of meting out kindness to another has been fulfilled, that they need not do more.”

It wasn’t my Facebook post that prompted Beth’s piece. Rather, it was the story of little Ayelet Galena, whose battle with a rare bone marrow disease was chronicled online by her parents, and followed closely by thousands around the world — myself included.

Beth writes that Ayelet’s family could have done without the online minions who left messages of encouragement on the two-year-old’s Facebook fan page and on the blog that her family set up to track her progress. If all of that energy had just been channeled into volunteering or organizing or cooking for a local family in need, just think…

It should be noted that the online buzz about Ayelet ultimately galvanized thousands of people to join the bone marrow registry. Though Ayelet died on January 31, the donor drives held for her have thus far resulted in potentially life-saving matches for 21 people in need transplants.

But Beth is right. There is no replacement for showing up. And she is right that a few kind words don’t absolve you from taking action.

Those words do, however, help. Hearing that you are in someone’s thoughts and prayers or that your loved ones made a difference can go a long way to reducing the isolation that so many sick and grieving people endure.

Words can be powerful. I take comfort in all of the warm notes on my Facebook timeline, in much the same way that I took comfort in all the handwritten notes and condolence cards I received eight years ago.

When I lost my father and stepmother many, many people showed up for the funeral and the shiva. A year on, though, only a handful of those people would remember the somber anniversary.

And that’s okay. Life is busy. People have their own somber anniversaries that not everyone who sent a sympathy card or made a shiva call can be expected to remember. That doesn’t mean that they don’t care or that, if reminded (on Facebook, say), they won’t cook for you or accompany you to shul. Yesterday, my own little note on Facebook yielded dinner invitations and charitable donations in my father’s memory.

For the sentiments expressed, and for the actions they inspired, I am thankful.

The Benefits of ‘Internet Empathy’