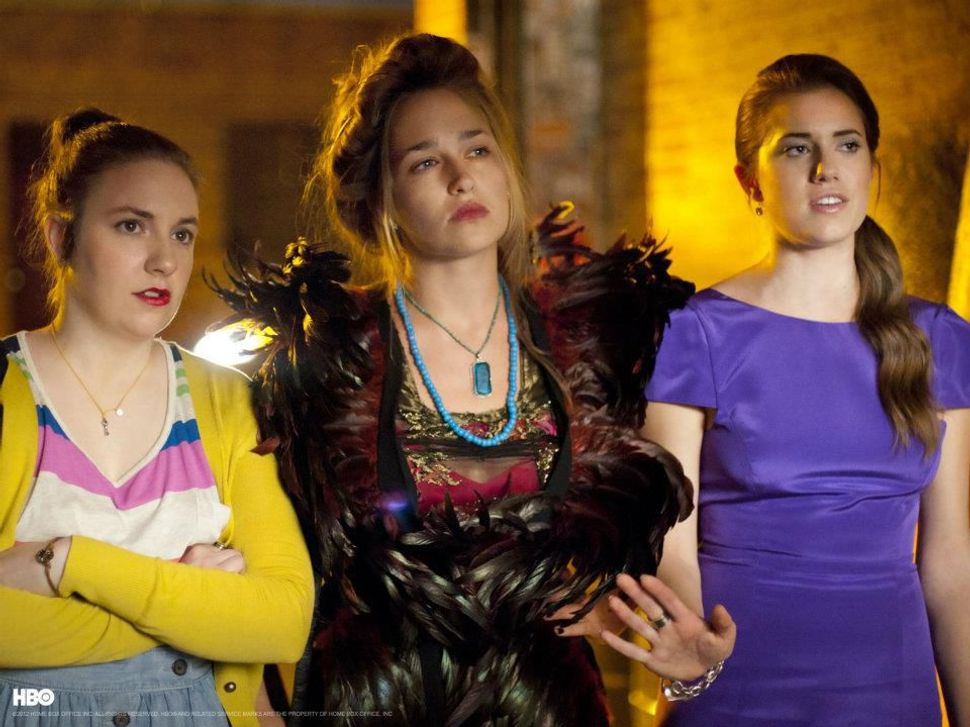 A few weeks ago, when I wrote about the hype surrounding Lena Dunham’s new HBO show, “Girls,” I noted that there might be a forthcoming critique of the show’s “overwhelming whiteness.”

Now that the premiere has aired, the looming quibble has blown up to a full-blown controversy — and understandably so. One of the show’s writers, Lesley Arfin, responded to a piece of commentary on the show’s whiteness with an offensive tweet: “What really bothered me most about ‘Precious’ was that there was no representation of ME.” She apparently apologized and then deleted the apology and the tweet. Some web sleuthing revealed that Arfin has written and said some even worse things in the past. Meanwhile, digging into the show’s casting calls include a panoply of tired stereotypes.

Serious damage has been done to the show’s brand. These pieces by Dodai Stewart and Kendra James address “Girls” and these flaws with clear eyes and explain why we shouldn’t give it a pass just because it’s well-done and about women. Indeed, we can’t give it a pass: The failings of “Girls” come after the unmet promise of “2 Broke Girls,” which directly addressed class issues in a friendship, but whose minor characters are blatantly racist caricatures. (Notice a pattern here?)

I wonder, sometimes, if the embedded hierarchy is so intense in our culture that films and shows about women can’t get made unless they somehow reinforce other dominant power structures. I hope that’s not the case.

And as I scrolled through Sisterhood editor Gabi Birkner’s timeline of “girlfriend” shows, I began to wonder what a better, more aware “Girls” might be like. I noticed that though many of these shows were both beloved and groundbreaking, they were by and large racially homogeneous friendships — usually a group of white women or occasionally black women living and working together and being friends.

Women who aren’t from either of those racial groups are largely absent, and cross-racial friendships are, too. And that’s a shame. Because even though this controversy shows our society has a long, long way to go, the material is there, all around us. In my own life and the lives I’ve observed — Northeastern and sheltered though it may be — I can think of dozens of female friendships or female groups of friends that have been forged across culture, region, race and sexual orientation. Sometimes so awkwardly and humorously so that I think they might be worthy of mining for sitcom gold. Some such friendships lasted for the course of a job or a grad school stint; others will last for life. All are just as “real” as Dunham’s show purports to be. We live in an era in which homogeneity isn’t mandatory for authenticity. Even big network dramas like “The Good Wife” and sitcoms like “Parks and Recreation” have managed to pull together interesting and diverse casts.

As for the show itself, I didn’t find “Girls” terrible, nor did it speak to me in an intimate and mind-blowing way. I smiled and laughed at some moments that reminded me of how my friends and I behaved in our late teens and early twenties — like having heart-to-hearts locked in the bathroom while someone was peeing. Mostly, though, I thought, “Hmm, okay. Isn’t there another new sitcom starting a talented woman, Julia Louis-Dreyfus? Maybe HBO’s “Veep” will be funny without being offensive. Maybe. Please.”