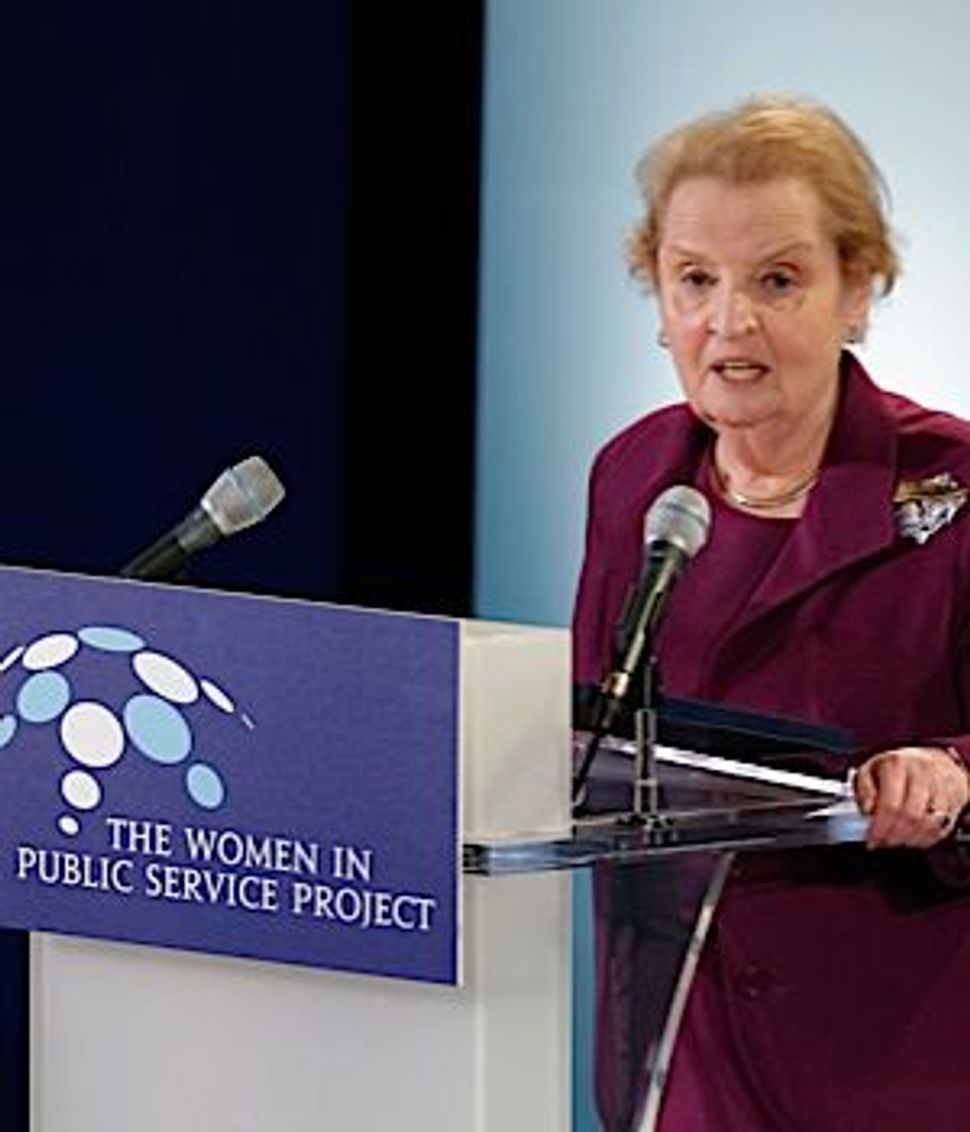 In other words, there is a significant difference between women being friends and women being allies — or part of a network of colleagues advance women’s common causes. It seems that historically we have been better at the former than at the latter.

“The hardest part — and this is not totally over — is there are not that many jobs at the top,” said Albright, who, incidentally, was my professor at Georgetown during the late 1980s. “And there still is this idea where we need one woman. So what settles in is what I call ‘the queen bee complex,”’ which is: ‘Why would you want to help some other woman when that’s the only job that’s out there?’ The bottom line is, the more we have a cadre of women moving up the scale, and it doesn’t seem threatening, and people realize that women actually work much harder than men, and realize that they need more women in these jobs, I think that goes away.”

I grew up with a business executive father who played golf (when he absolutely had to) and attended other sporting and social events with work colleagues —sometimes with me in tow. Even though he met these people (almost exclusively men in that era) and interacted with them primarily in a professional setting, I took them to be his friends. In fact, our closest family friends were also my father’s business colleagues. In other words, my dad’s friends were his friends, and it didn’t matter how he knew them.

So it only among women that friendship and networking don’t mesh together to help advance us in the work world?

My personal experience has shown that there is some truth to what Albright claims about women. Just last week, I attended a daylong program in San Francisco run by Advancing Women Professionals and the Jewish Community, an organization that promotes women’s leadership within Jewish communal organizations. It was a great opportunity to connect and re-connect other Jewish women leaders in the Bay Area. But from some of the things reported by a number of the speakers — such as sexism aimed at women by women — it appears that we still have a ways to go in when it comes to supporting one another for the benefit of all of us.

We should probably just remind ourselves regularly of Albright’s words that ended up printed on a Starbucks cup: “There’s a special place in hell for women who don’t help each other.”