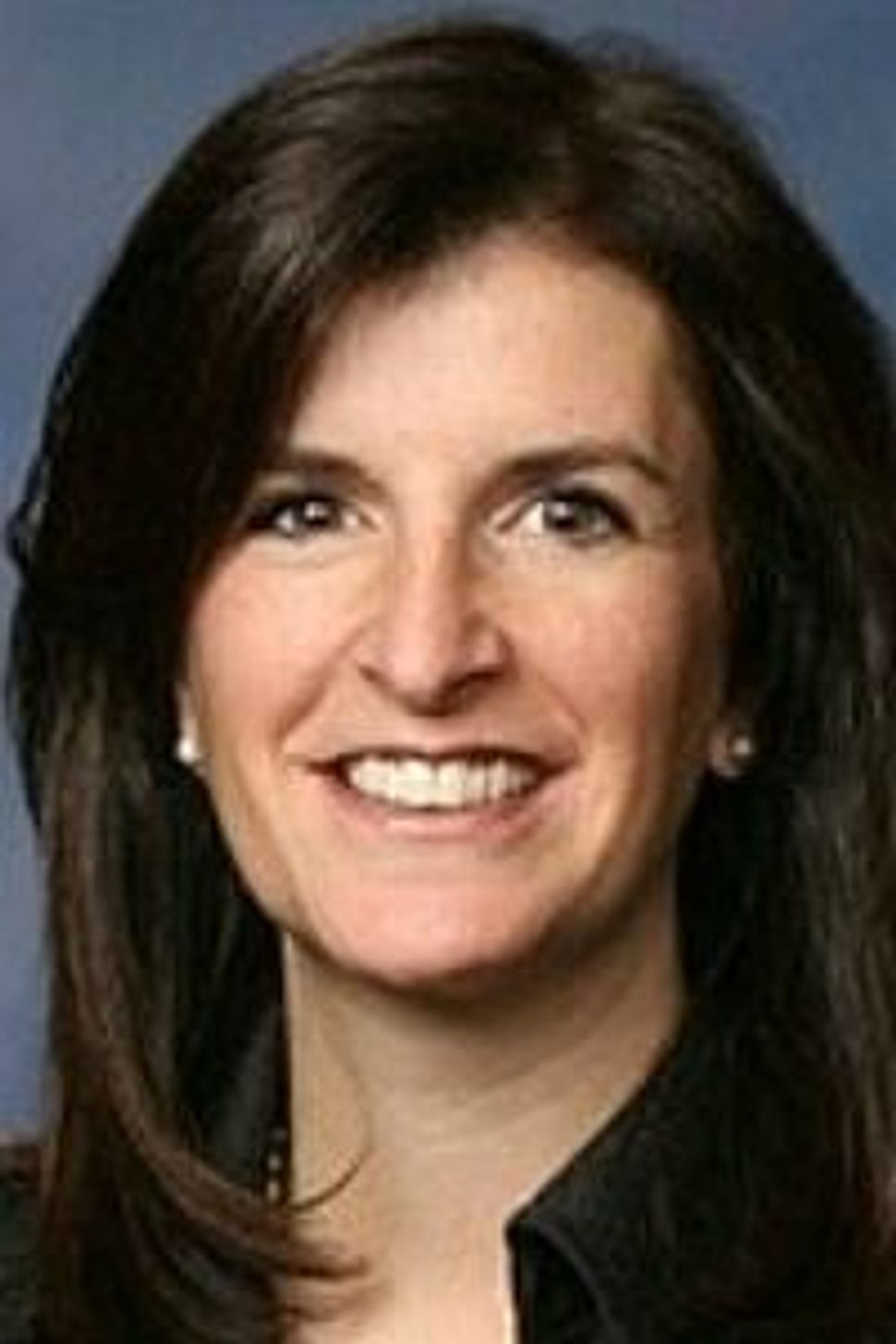 Michigan State Representative Lisa Brown has become a new heroine of the pro-choice movement, and she achieved this status both by invoking her Judaism and by using the word “vagina” on the State House Floor, during a heated debate of an omnibus anti-abortion bill.

“Mr. Speaker, I’m flattered that you’re all so interested my vagina, but no means no,” were her words, now echoing around the blogosphere. Brown was then prohibited from speaking further during the debate, although the exact reason for her ban has yet to be revealed. Later, Brown told the Daily Beast’s Allison Yarrow: “If you’re regulating vaginas, I don’t know how we’re supposed to not talk about them.”

As Leah Berkenwald at Jewesses With Attitude notes, the beginning of Brown’s speech was about her Judaism, and how her religion mandated therapeutic abortions if the health of the mother was in danger.

Brown has joined the cadre of brave elected representatives who have spoken up against the legislative assault on reproductive rights over the past few years. Barbara Boxer, Debbie Wasserman-Schultz, Bernie Sanders, Jerrold Nadler, Jackie Speier and plenty of others’ speeches on the floor of governing bodies have served as rallying cries for pro-choicers across the land.

So is there a reason there are so many prominent Jewish pro-choicers in the political sphere? Perhaps it’s Jewish law, as Brown said in her speech, referencing her own beliefs:

But it may not simply be the intricacies of Jewish law that motivates these political advocates. Maybe the reason there are so many Jewish pro-choice leaders arises from the cultural and social principles that relate to Brown’s interpretation of the law.

This might have something to do with Jewish pragmatism, our disinterest in splitting the body from the soul. We bury our dead quickly, we don’t force the infirm to take part in our rituals. And we are focused above all on the life that’s extant in the present, not in the past or the future.

This makes sense to me, but to leave it there would not explain, for example, all the equally stalwart Catholic women, like Connecticut’s Rosa DeLauro, who have also been tough-as-nails spokespeople for abortion rights. I think it maybe simply be that Jewish female lawmakers along with their colleagues who are African-American, Latina, Irish Catholic and beyond understand as well as anyone that people cannot live up to their full human potential without control over their own reproduction, their own bodies and their own fertility. This is a fact of life that crosses all racial, religious and cultural boundaries.