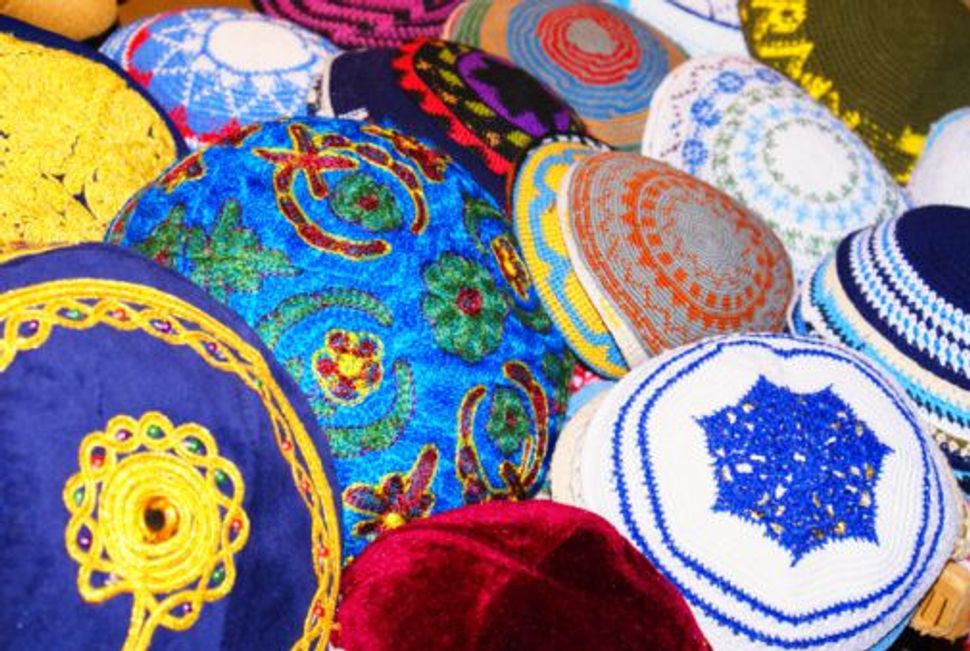 Eons ago, it seems, when Boychik was in elementary school and not the towering young man he is today, we went to a Camp Ramah parlor meeting to get a feel for the camp where we expected to send him for his first overnight summer experience. It seemed like an obvious fit. We belong to a Conservative shul and Boychik attended a Jewish day school. Since Ramah is the Conservative movement’s network of camps, it would be a place where he could continue engaging with Jewish values and skills — while playing gaga.

After the camp’s director gave his presentation, I asked if campers were expected to wear yarmulke, and for those over 13, tallit and tefillin. I was surprised when the director said that boys are. Full stop. No mention of girls. So I asked about girls. He deflected, and I asked again. Girls may wear the ritual items if they wish, he said, but they are not required to. When I asked why, he said because Conservative Judaism is a pluralistic movement and not everyone comes from an egalitarian home or synagogue. This was from the director of a camp not in the South or in Canada, where you might expect conservative attitudes from Conservative rabbis, but from the camp designated for New York City-area kids.

That early experience with Camp Ramah came to mind when reading this recent piece by Rabbi Elyssa Joy Auster, who discussed her surprise that the girls at a different Ramah camp were neither interested in wearing kippot nor expected to.

Little seems to have changed in the years since the Camp Ramah parlor meeting. There is much that Ramah camps do well, including teaching Hebrew and engendering a love for Israel. But modeling ideal religious behavior is also part of the job of the Conservative movement’s camps — even if that means managing expectations of parents who might object to their daughters wearing kippah, tallit or tefillin.

Unfortunately, there is still a high degree of ambivalence in the Conservative movement about Jewish women’s observance of these ritual customs. Rabbi Auster goes so far as to say that it reflects a lack of support for women as religious leaders and for developing female lay leadership. Perhaps that’s true. I’m not sure, but I do know that when the ambivalence is transmitted from the top, it’s not going to change.

The current mission of Ramah is to create educatingcommunities in which people learn to live committed Jewishlives, embodying the ideals of Conservative Judaism.

I would argue that both women and men wearing kippah, tallit and tefillin embodies the ideals of Conservative Judaism, of passion for observance and an understanding of our rituals. Are there challenges facing the movement’s leaders at least as pressing as this one? Certainly — starting with articulating why someone should choose to be a Conservative Jew. But I see this as part and parcel of the overall challenge facing the movement, and the response ought to include articulating and modeling all of the reasons that it makes sense to identify as Conservative Jews, living wholly as Jews and wholly in the modern world. Teaching attachment to the ritual objects that are part of living embodied Jewish lives is part of that process.