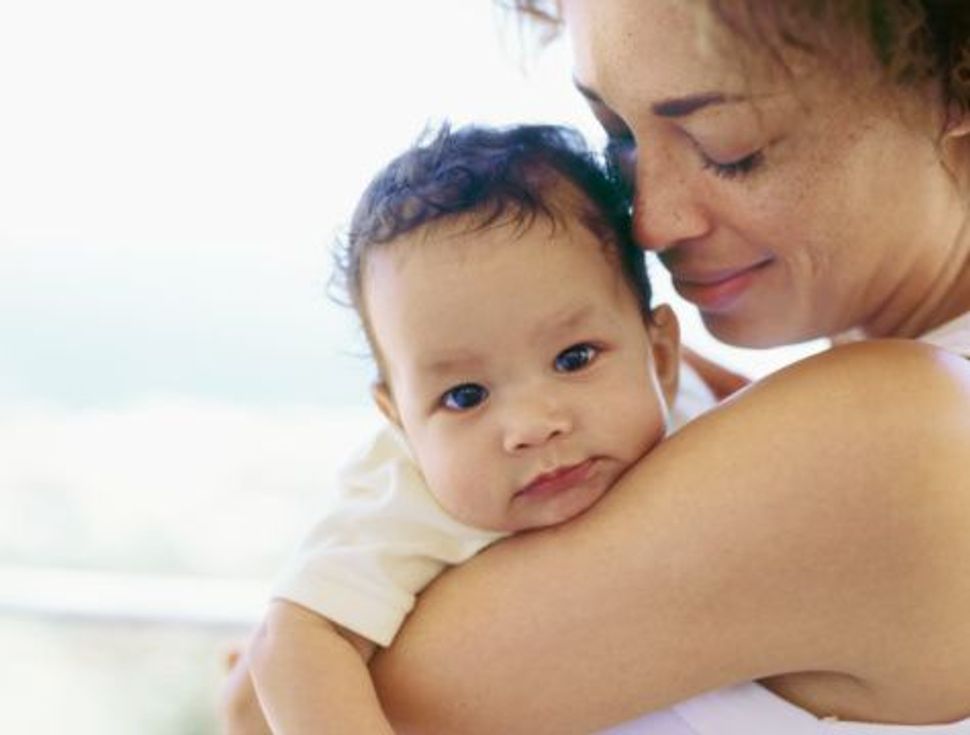 I love babies. I love their little hands, their puffy velvety cheeks, their quizzical expressions. I love to buy them tiny clothes. I have been known, upon seeing a baby, to squeal aloud. And babies love me. They stare at me over their mothers’ shoulders, their round eyes fixed on mine. They gaze at me across restaurants, seemingly enthralled. If ambulatory, they sometimes follow me unbidden in stores and hallways. When I was young, the adults responsible for these babies found this adorable. After I hit 30 they began to glare at me with a look that said, “Get your own.”

Well, I would love to, but unfortunately it’s not that easy.

This is something you’re not really supposed to talk about, but: I will be 36 years old soon, I don’t have children, and I want them. Admitting it feels pathetic, like revealing a personal failing, and it sounds uncomfortably close to self-pity. There is no positive spin, no comforting optimism, in saying you want what you don’t have.

I don’t remember exactly when I graduated from my adolescent philosophy of “Raising kids seems stressful and pregnancy sounds daunting” to my grown-up attitude of “BABIES!!” But I know that by my early 20s, I was familiar with the baby-coveting sensation that sweeps over you as strong as hunger when you haven’t eaten all day. I had somewhat deeper reasons, too, one of them being the obligation — and desire — to increase the world’s Jewish population. Simultaneously fighting anti-Semitism and buying itty-bitty socks!

I’m not used to having such a mainstream take on things. When I read the words of women like Chanel Dubofsky and Erika Davis, words that question the roles women have had to play for millennia, I feel like I belong on that side. (Not that there should be sides.) Defying expectations is certainly not easy, but it’s my comfort zone. Being thoroughly conventional is not.

And yet, as far as marriage and babies go, you could transport me back to 1800, or for that matter to 800, and I’d fit in fine. Yes, I want to work, and I want to have 21st century technology and running water and not catch the plague. But I’d happily also stay home and take care of children and clean and bake challah.

If that’s not old-school enough, I’m also not particularly excited by the “more realistic” alternatives suggested when women dare to voice these appallingly retro thoughts. What are my consolation prizes? Single motherhood, via adoption or purchased or donated sperm; finding a guy who already has kids from his previous relationship(s); or simply settling for anyone, now, regardless of standards. The fact that all of these subtly blame women for not having had babies sooner is one reason I mostly avoid mentioning any of this.

Another reason is the cringe-inducing stereotype of the desperate mid-30s singleton. I’m not her, and for the record, I don’t know anyone who is. I have a life that I like, and usually I appreciate the lack of wailing children in it. I’m certainly not about to force, entrap, or harangue the next man I meet into marrying and impregnating me. Still, the fear of being labeled this way is a great silencer.

There’s also this. Remember in April, when a misconstrued statement by Democratic strategist Hilary Rosen about how Ann Romney had “never worked a day in her life” caused a brief flurry of media outrage? In one of many responses, Elizabeth Wurtzel wrote in the Atlantic that motherhood was not a job because it was not a “selective position”; it was “a job that anyone can have.” Really? Anyone can work at a call center, perhaps, but being pretty, thin, smart, accomplished, and everything else enough to attract a decent man at an age that allows for time to get to know him, marry him, and have kids with him? That has always seemed pretty freaking selective to me.

Current debates about women’s lives mostly revolve around choices. When it comes to children, that means the choice of whether or not to have, and if so, how to parent. What’s been lost, perhaps, is the notion that not everything is a choice, and that not everyone who would choose to have a family can do so. Talking about being what I’ve come to think of as “normal, but failing at it” isn’t very fashionable. But I wish more women would do it.