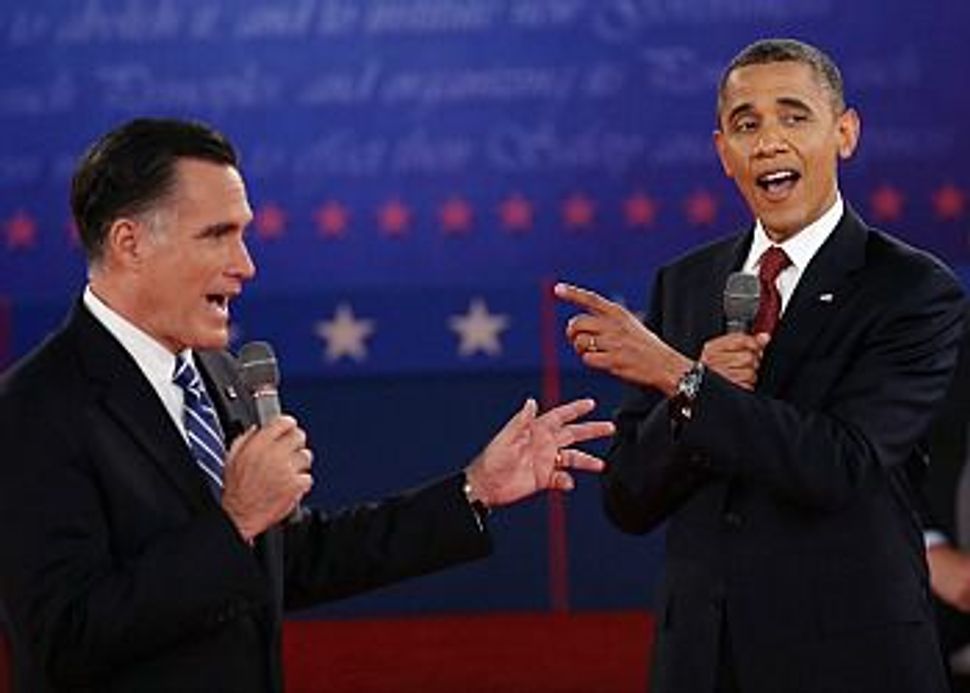 While everyone is up in arms about Romney’s “binders full of women” comment (which I found awkward, but ultimately inoffensive), they are overlooking the big issue that was left out of the debate on how to get rid inequality in the workplace. I am talking about maternity leave and affordable childcare.

Between Obama and Romney, they brought up pay discrimination, affirmative action for women (the “binders”), and flexible work schedules as ways to make workplaces more hospitable to women and rectify the fact that women earn 72 cents for every dollar men earn. They even talked about contraception and healthcare as having an effect on the income gap. But neither of them in their declarations of support for women in the workplace even hinted towards that pesky little issue of having and caring for children, which is one of the biggest handicaps for working gals.

Why is maternity and parental leave, or the lack of it, not part of the national conversation? It is not as though there are no consequences to the United States’ dismal support for new parents. I am getting sick of explaining this dismal support over and over again, but clearly it bears repeating.

Out of 178 industrialized countries in the world, the United States is one of three that does not guarantee paid maternal leave. The other two are Papa New Guinea and Swaziland. If you work for a company with 50 employees or more, you are guaranteed three months of unpaid leave. That is the best our country will do for you.

According to the National Association of Mothers’ Centers, in 2011 only 11% of private sector workers and 17% of public workers reported being offered paid leave by their employer. Considering that the majority of families are now dual-earner households, this is a real problem, not just for women but for the whole household.

As for childcare, well the U.S. currently ranks fourth in the world in a list of countries with the most expensive childcare. Here we spend 23.1% of our family incomes on caring for our children. And costs are rising. In many states parents pay more for infant-care than they would for tuition at a public college. The high cost of childcare forces some women to either scale back on work commitments, or not work at all, since they end up actually losing money by working. (The former Sisterhood editor did the math on hiring a nanny on the books here, and it isn’t pretty.)

Every working woman I know feels either a little or a lot conflicted about how to best provide for their families both economically and in emotional and practical terms, while also furthering their own careers. Their solution usually involves some compromising on their career ambitions and their maternal ones. With better maternity leave and childcare options, there would be a lot less compromising when baby comes, or curbing your ambitions before you have children — “leaving before you leave,” as Facebook COO Sheryl Sandberg famously put it.

Until these two issues are addressed, women will never be on an equal playing field as men when it comes to earning and progressing in their careers.