Election 2012’s ‘Revenge of the Ladyparts’ 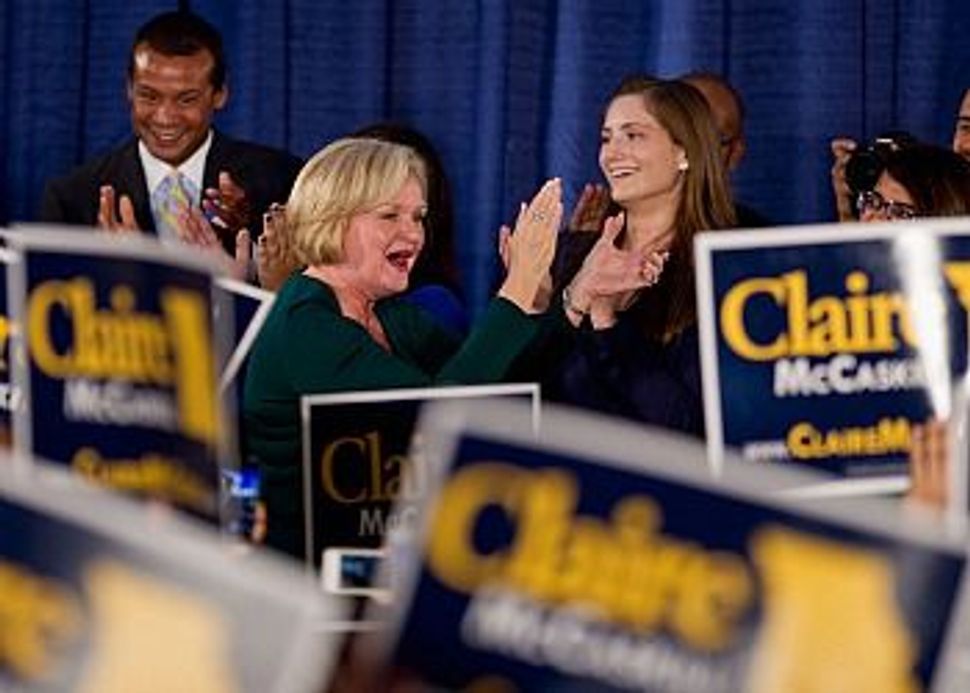 Last night’s election may be remembered as a similarly banner moment, an example of, as social media would quaintly put it, “revenge of the ladyparts.”

The story of last night begins with resounding defeats for some of the most extreme and obnoxious anti-women Tea Party type candidates: Todd “legitimate rape” Akin, Richard “God’s Will” Mourdoch, Joe “abortion is never necessary to save the life of the mother” Walsh and more. Even the shell-shocked folks on Fox News acknowledged that a lot of these races had been the GOP’s to lose, and the candidates’ outmoded, offensive — but deeply revealing — beliefs about gender, abortion and rape lost it for them.

But the losses for (“team rape”)[http://jezebel.com/5958480/team-rape-lost-big-last-night] were women’s gains. This widely-circulating photoset shows a montage of some of the amazing women who were elected or re-elected last night — 19, possibly 20 women in the Senate, a new high.

There’s Akin’s opponent Claire McCaskill, a centrist Missouri Democrat who strikes me as a savvy and brilliant politician; she paid for ads supporting Akin in the primary, knowing he was the one she could beat in the general election. There’s Tammy Baldwin in Wisconsin, the first openly gay senator in history who also supports working families. There’s the compassionate and smart Elizabeth Warren, whose acceptance speech made many viewers tear up. Mazie Hirono from Hawaii is a whole bunch of firsts:

In congress we got Tammy Duckworth, the disabled Iraq War veteran who defeated Walsh. And then in New Hampshire, as an email from EMILY’s List reminded me this morning, a host of big and small victories, including Democrat Maggie Hassan as governor, broke a record: “These wins make the Granite State the first in American history to have an all-female congressional delegation and the country’s only Democratic woman governor.”

Feeling good? It gets better. Gay marriage won by popular referendum for the first time ever — in three states. Washington, Maine and Maryland join the Northeast and Iowa in recognizing marriage equality. Minnesota defeated a gay marriage ban. The anti marriage equality movement may not go down easy, but it will inevitably go down.

What can a gender-equality loving political junkie say after a night like last night? The country faces many challenges; some smaller races and even bigger ones had disappointing results. President Obama faces a hugely gridlocked, defiant GOP congress. The electorate may still have its own problems with bias and bigotry, and entrenched hatred against women, people of color and LGBT individuals is hard to erase. But today we have visceral proof that progress is possible and extremism doesn’t have to triumph; the optimism many of us have been lacking since the 2010 elections ushered in the “war on women” — which hurt more than just women — has returned.

Perhaps the deepest most enduring of all these wins is a side-effect. President Obama’s victory means that health care reform will have a chance to go into effect in 2014 — ironically, Mitt Romney’s greatest legacy as a politician. Once Americans see this plan’s impact on their lives, we know it will be very, very hard to repeal. And maybe we can even build on it. Last night on Twitter I saw multiple friends hatching plans to organize and lobby to expand healthcare access and reproductive rights to more people. Finally, I thought, a chance to move away from defense and start dreaming big.

Election 2012’s ‘Revenge of the Ladyparts’