What’s With the Lame Hanukkah Parodies? 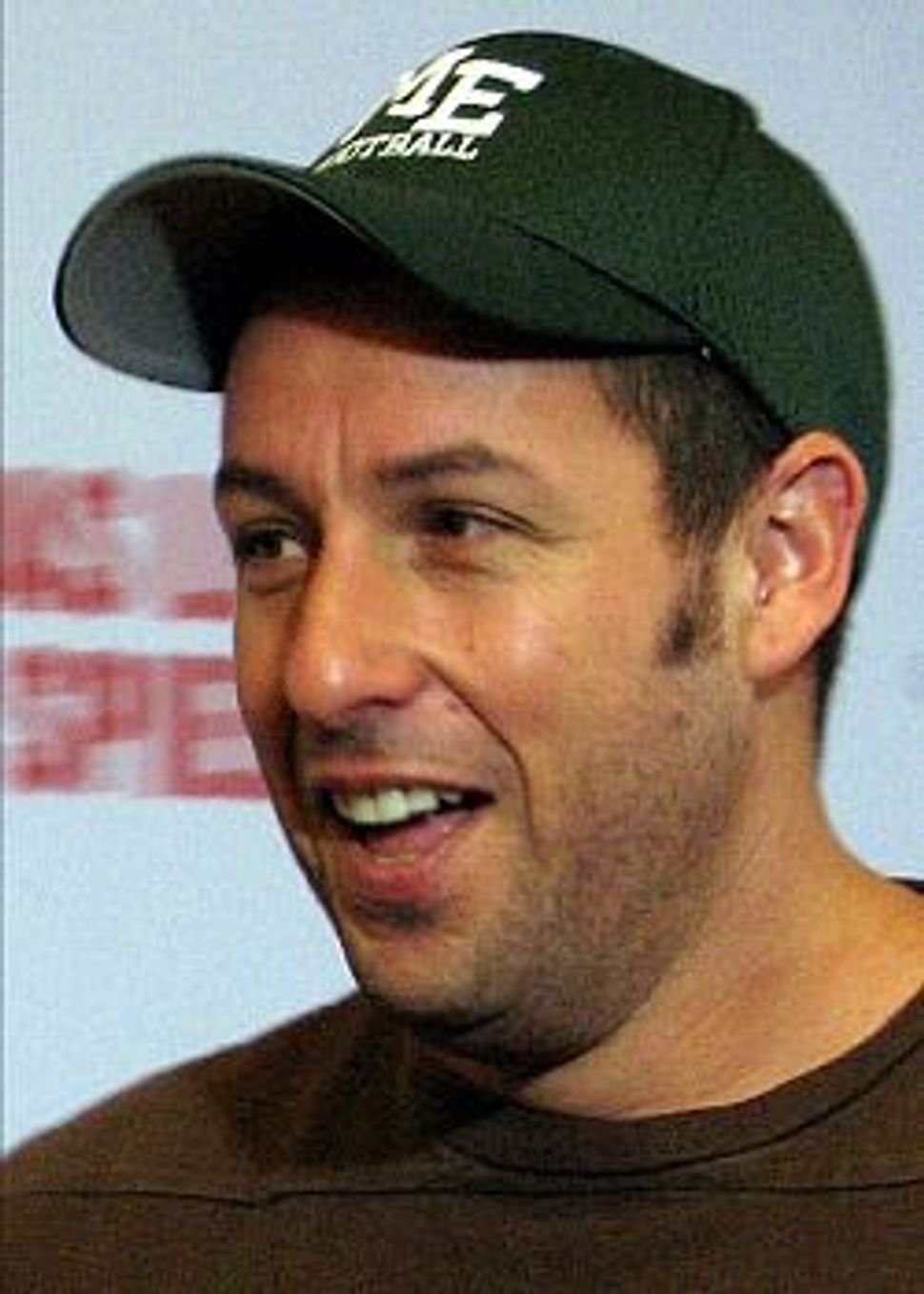 Hanukkah begins on December 8 this year, but you probably don’t need to have it on your calendar to know that. As in recent years, the onslaught of corny holiday song parodies will have already tipped you off.

Perhaps the forerunner of this genre was Adam Sandler’s “Hanukkah Song,” which debuted on Saturday Night Live way back in 1994. Though the idea was a little tired by the time parts two and three rolled around in 1999 and 2002, the original song was unexpected and fun. It was also not particularly about Hanukkah. Sandler’s lighthearted catalogue of Jews gently mocked a potentially controversial Jewish behavior (collecting the names of people we can “claim”) and allowed Gentiles to safely laugh at something they may or may not have fully understood. The songs hinted at non-Jewish fears (They’re everywhere!) as well as Jewish ones (*We’re everywhere, and they have the list!)

Though the “Hanukkah Song” dominated the airwaves, it wasn’t alone. Hip Hop Hoodios’ 2002 release “Ocho Kandalikas,” for example, cleverly gave a sweet Ladino counting song a new attitude while avoiding anything cringe-worthy … at least until the girl with the bagel-bikini-top floats by.

That eye-rolling quality has only increased as each November spawns more anodyne Hanukkah melodies, each with an accompanying video involving menorahs, latkes, dreidels and a growing lack of self-respect.

Humor is, of course, an important and complex part of how Jews process and discuss being Jews. But there’s an insidiously apologetic aspect to these parodies; it’s as if their producers were striving to be as non-threatening as humanly possible. Yes, the videos seem to say, we celebrate this exotic eight-day deal instead of Christmas, but don’t get mad, please. It’s mostly just a big joke! Sadly, the joke usually isn’t even all that funny. It’s like everyone forgot Hanukkah was about oil, and substituted cheese.

If you’ve only heard one hokey Hanukkah song, it’s probably by the Maccabeats. It’s difficult to say anything really critical about the Yeshiva University a capella group (here they are last year and the year before). I mean, how cute are they, right? And at least their lyrics touch on the meaning and history of the holidays they sing about.

It also feels mean to mock the earnest Ein Prat Fountainheads, whose [peppy lyrics and visuals][3] are accompanied by stunning Israeli scenery.

But the hits and misses just keep on coming. Who, one wonders, are the Pella Singers? Why are they named after the ancient capital of the very people who tried to destroy us? And why do they combine all the Jewish holidays into one song? And oy gevalt, what is this? Do we expect other people to take us seriously if we take ourselves as a gag wrapped in a knock-off surrounded by an in-joke? And where would we be now if in the second century BC, our men were spending all their time re-writing lyrics and choreographing dance routines?

The other day I found myself wondering why on Earth the viral Bubula Please video, which an acquaintance posted online, is supposed to be funny. Because Jews aren’t supposed to be tough, or Black, or Latino? And they’re not supposed to use NSFW language while cooking potatoes?

This year’s crop of videos also includes a holiday medley by Jimmy Fallon and Rashida Jones with a strangely inconsistent Hanukkah section, and a new offering from the aforementioned Maccabeats, which acknowledges the proliferation of the whole embarrassing phenomenon by going meta: “’Cause when you’re flipping latkes you can’t go wrong making random Jewish references in a Hanukkah song.”

But for all the musical homages – artists from Flo Rida to One Direction are referenced in the above songs – the one thing you really want a Hanukkah parody to get right this year – i.e. the now-famous Gangnam Style – turns out to be wholly disappointing.

Maybe I’m just too old. Or maybe the Hanukkah story seems more serious given what our old antagonists Greece and Syria have been up to lately.

But there’s something empty and sad about a holiday reduced entirely to symbols and schlock. Do that many people really want to listen to re-mixed Jewish versions of the moment’s lesser pop songs? Are they the same people who want a “Chuppah Material” t-shirt and a Hanukkah sweater?

I know that not sharing in the seasonal YouTube silliness is fighting an uphill cultural battle. But hey, that’s what Hanukkah is all about.

What’s With the Lame Hanukkah Parodies?