Putin and the Flood 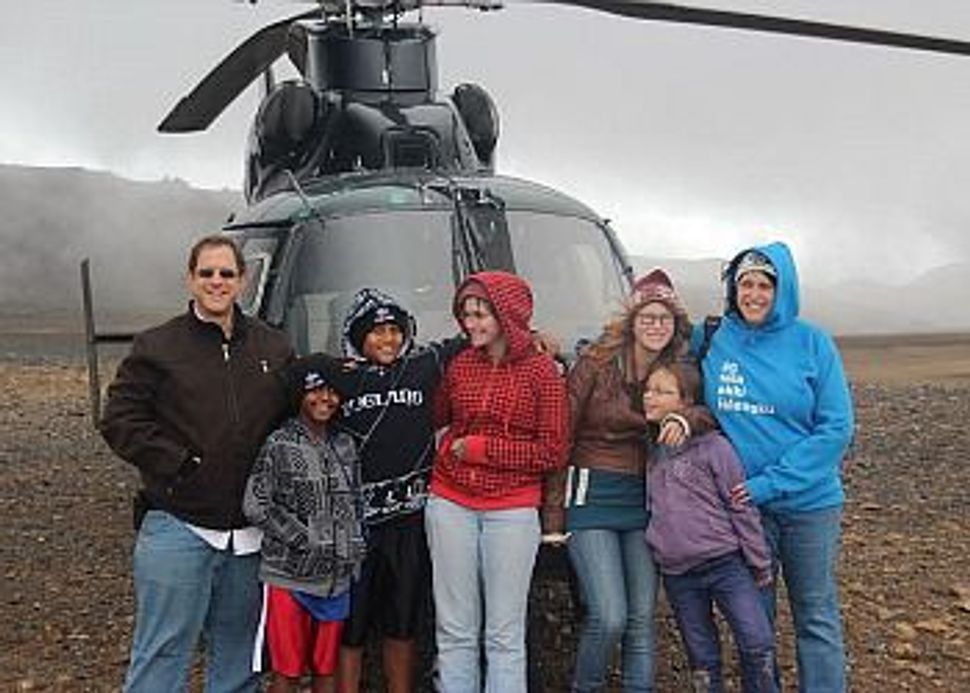 There are many ways I have grown as I raise my children. I have learned to love so deeply while struggling to maintain my autonomous self. I’ve also learned how to stand back, allowing my children to fail and flail, equipping them to prioritize growth and maturation over momentary satisfaction. Some of my own development as a mother, though, happens uniquely through raising my two boys; unlike my three daughters, they are adopted. (As my husband and I say, “We produce girls and import boys.”)

Our older son, Adar, who is now 14, came home when he was nine months old; our younger son, Zamir, 11, came home when he was four years old. They both ask big questions about loss, love and family — and not on a theoretical level. Why doesn’t God give someone what he wants even if he’s a good boy who asks for it? Or, Did it hurt my tummy-mommy when I was born? They make our family a window to God and life’s mysteries. Raising our sons in a world of brokenness, we have found traces of repair. Like Zamir looking up from amidst the cacophony of beginner’s orchestra, meeting my eyes, and missing a note on his trumpet because he can’t suppress a smile.

There are many societal sins (all of them reaching back to willfully ignoring tzelem elohim, that we are made in God’s image and worthy of dignity) that lead to children becoming orphans: deprivation of food, housing, education and medical care. My sons were born into such suffering. This kind of social brokenness is introduced early in the Bible, in the story of Noah and the flood. Noah’s generation lacked the value of tzelem elohim.

Perhaps this very idea is on Rashi’s mind when he imagines that the flood waters did not fall from the sky, but came up from the earth through millions of holes that opened up for this purpose, like geysers. And what did the terrified, desperate, evil people do, according to Rashi’s biblical commentary? They took their babies and shoved them into the holes to plug the onslaught. It failed, of course. Imagine God’s reaction had the people of Noah’s generation done the opposite; if they ran to save the children — their own and others as well? Might that have averted the divine decree?

Russian president Vladimir Putin has taken a page from that generation’s book. Flooded by U.S. political reaction to Russian human rights abuses (in this case the death of a Russian political prisoner), Putin and the Russian Duma stopped all adoptions of Russian children to American families, attempting to plug the flow of further political response. Compare that to the American parents-in-waiting who would do the opposite and protect their children — even the children they haven’t yet held in their arms, or sung to sleep at night; parents seeking holiness for their children in our broken world. Every single night when I lay down beside each of my children, I think, with piercing gratitude, of the blessing of our family. How dare politicians use such love for evil.

Putin and the Flood