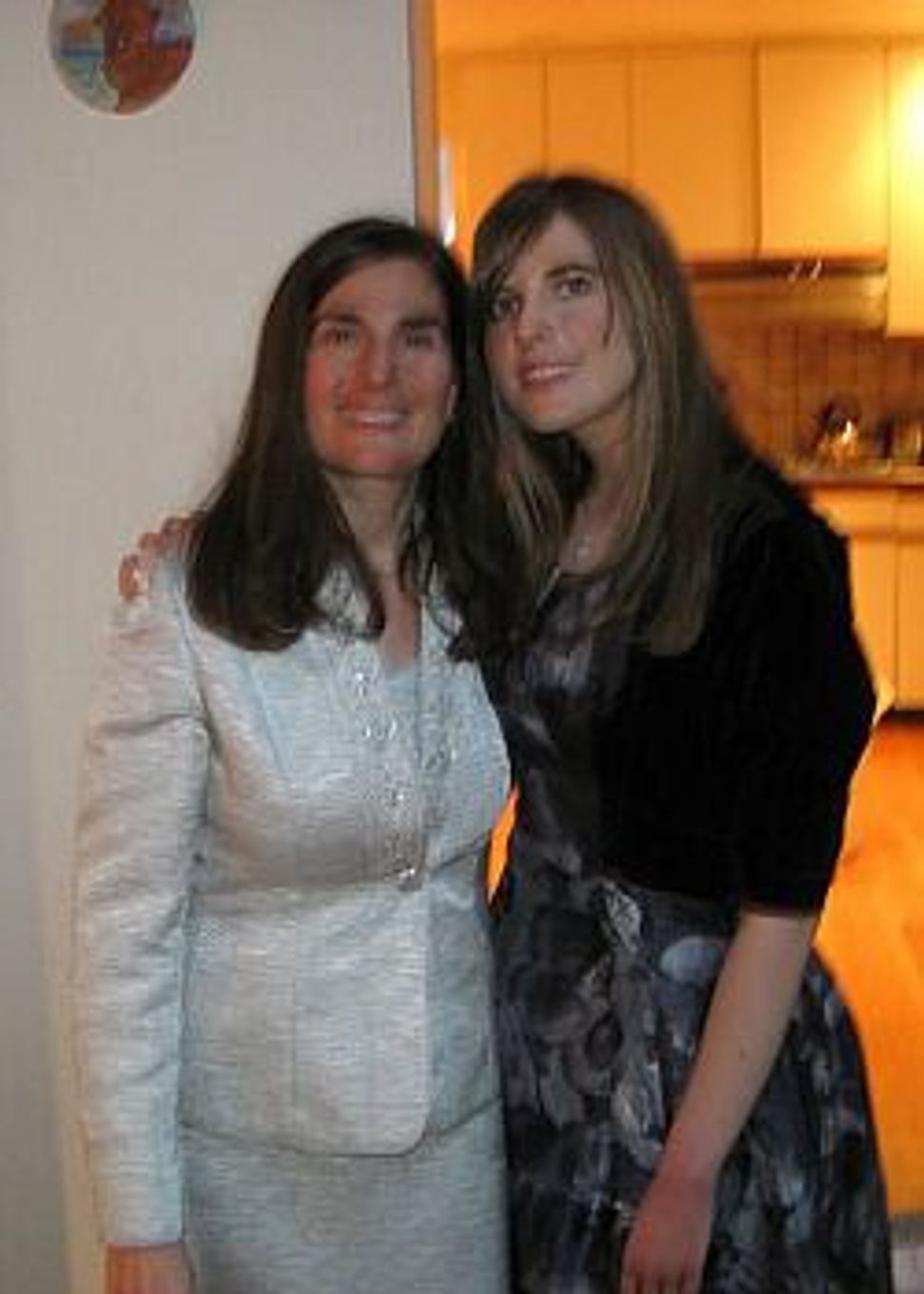 Learning how to write a check, buying hanging shelves for my first apartment (a task that’s taken me four months and counting), and trying out the new churro place near my apartment are all more pressing concerns in my 23-year-old life than deciding when to become a mother.

However, as I wrote in my last post on Judith Shulevitz’s New Republic article on aging parents and its ensuing response, motherhood has been dancing around my head a little more these days. As a child of the 1990s and 2000s, I have been raised to put my career first; I’d be crazy to think about motherhood at my very young age, right? And while neither Shulevitz nor any other medical professional would say my clock is ticking any time soon, I began to wonder about my own mother’s decision about when to have kids (me at age 30, and her last at age 38).

Last week, my mother and I sat together on my bed, a spot we’ve sat together many times before discussing school, work, friendship and family. As she did with all of these topics, my mother, Sharon Shire, a former attorney and mother of three, had her own highly articulate and deeply thoughtful way of discussing motherhood. The fact that we were discussing motherhood and my serious life choices as a woman was both novel and rewarding. Many of my mother’s stories and pieces of advice were neither new nor surprising to me. However, I suddenly found myself understanding the professional, financial and personal considerations at stake. Above all, she taught me there is no magic formula for deciding when to have children and compromise and sacrifice were always going to be involved, regardless of the age.

I have always felt that I won’t be the kind of mother I want to be without first achieving some level of professional fulfillment and financial security. And my mom reinforced that belief. As we sat there on my bed, the very first words out of her mouth were these: “I would advise you to not rush to have children.” Considering my mother’s decision to wait nearly six years into her marriage and five into her law career to have me, this response was not at all surprising.

She stressed to me that motherhood means making both professional and financial sacrifices so that you can put your children first. Monetary security was a key part of my parents’ decision to wait to have children. “You can’t ignore the financial aspect of it,” she told me. “Money is not a reason not to have children, but it is a reason to delay or change spending habits.”

As I’ve gotten older, I’ve understood the sacrifices involved in motherhood, not only in terms of money, but also in time, energy and professional advancement. My mother left her job after my first brother was born, in part because she felt law was very unaccommodating to being a working mother. It’s only now, as I try to figure out and forge my own career path, that I realize what a huge compromise she made to raise my siblings and me.

Because my mother did devote so much time and energy to our family, she can’t imagine having children in her forties. She always got us up early for school, shuttled us to sports practices and Hebrew school, and stayed up late when we had school projects. As a result, her vision of a biological window is not so different from Shulevitz’s. “Forty is not the new 30; 40 is 40,” she said. “You have to think that biology dictates and common sense should follow.”

She also worries that having babies later will mean making children care for their parents before they’re ready or leaving them without the financial and emotional support they need. “What if you don’t live to support your child or become a burden when he or she is relatively young?” she asked. “At some point, it may be tremendously selfish to your child and society.”

Through my conversation with my mother, I realized there are no hard-and-fast rules for deciding when to have children. There are going to be major sacrifices no matter when you embark upon motherhood, so you need to be at peace with your choices. “A woman has to be content with the decisions that she has made professionally or personally,” she said.

Ultimately, my mother’s words have stressed what I felt all along: that despite the various pressures and even the hard scientific facts, motherhood is too wonderful and difficult to rush into. “Having children is the greatest joy I have known,” were the last words my mother said to me in our discussion, and when I have children, I want to feel that way, too.