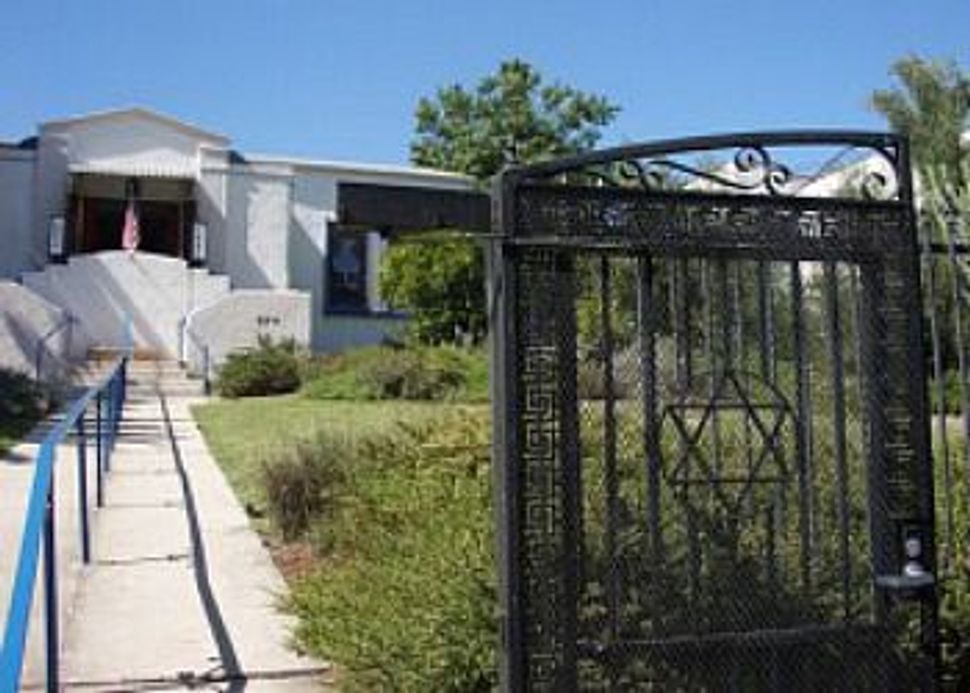 The synagogue nearest to my new house is the second-oldest in Los Angeles. Recessed from the street in the largely Hispanic neighborhood of Highland Park, it’s so small that it nearly looks like a house — albeit one with lovely stained glass windows. The Rabbi, who used to be a dancer, seems to have brought new life to the place, but the congregation is still so small that it can’t support a traditional Hebrew school. The shul “has roots in conservative Judaism” but is unaffiliated.

I know all this because as soon as I moved from the west side to the east side of Los Angeles, I Googled the heck out of the place and, of course, did a drive-by. I’m intrigued, and I’m curious, but I haven’t been inside Temple Beth Israel of Highland Park and Eagle Rock, and I can’t decide if I want to.

Oh, not this old chestnut again, you’re thinking. But listen. We all know that non-Orthodox American Jews are increasingly uninterested in synagogue attendance and membership. We’ve seen the studies. Only 7% of conservative and reform synagogue members are between the ages of 18 and 34, according to a 2010 survey, and that number doesn’t exclude those college kids who are still on their parents’ memberships. What percent of post-college but pre-parenthood Jews belong to shuls, let alone take interest in them? Surely the number is tiny.

But I’m open. I want to be sold on a shul. I’ve already visited most of the conservative synagogues in the Los Angeles area and, for one reason or another, found them wanting. I’ve come to realize that what I want in a shul assuredly does not exist, which is why I’m avoiding setting foot inside the walls of my new neighbor.

What would my Goldilocks house of worship be like? Well, it wouldn’t function primarily as a house of worship, that’s for sure, but it’d better offer egalitarian Shabbat services a lot like the ones I attended as a child. There’d be minimal davening in English, and even fewer sermons. I’d recognize almost every tune.

Kiddush would feature the best Jewish cuisine that Los Angeles has to offer, and a gastro-Judaic club within the congregation would scout caterers several times a month by taking group outings to the best bagel, appetizing, deli and other fine food purveyors. We’d have cooking classes. My dream synagogue would prioritize the food budget above, say, pricey memorial plaques, because really, which is more useful towards maintaining affection and connection to the Jewish community?

I’d join a shul that prioritized teaching us how to practice cultural traditions (besides food: language, literature, music, art and holiday observance, plus a book group, a film series, even a community garden) and de-emphasized social clubs based around nothing, and modernized, parable-driven Torah study. I could even go in for a little bit of tempered new-agey spiritual practice in the form of meditation, even yoga. But slowly. And don’t try to tempt me with a religious-text based form of Jewish spirituality: it won’t take — not on me, and probably not on my peers, either (whoever they are).

That said, I’d love my synagogue to offer to teach me about ancient Jewish manuscripts, and the historical significance of different theological movements. And as I already mentioned, I do get a whole lot out of a roomful of Jews singing songs (you can call them prayers, if you like) that my great-grandparents uttered (with fewer T sounds and whole lot more S sounds) in Poland. In fact, I can think of so many rich, beautiful things my idealized shul would provide for my soul.

I understand the Catch-22. I know that if I don’t show up, there’ll never be a synagogue that does even a fraction of what I want. If I want that kind of experience for my future children, I can’t criticize a tiny community synagogue for not yet having the funds to offer a Hebrew school that meets three times per week.

But I’m pretty sure that most twenty- and thirty-something Jews don’t necessarily want the same things from a synagogue as I do. Most of them don’t want anything — this I know — but the ones who do yearn for something might have vastly different priorities. With our numbers so small and dwindling, how will any of us find a synagogue that can provide exactly what we’re looking for? We probably won’t. We’ll stay unaffiliated, or join up with synagogues that we attend a few times a year.

Hang on; a Google News alert just came to my inbox. It looks like my neighborhood synagogue is holding a California native plant sale on Sunday in honor of Tu Bishvat. Maybe I should consider this my personal invitation to check out what’s on offer.