Give Sheryl Sandberg A Break 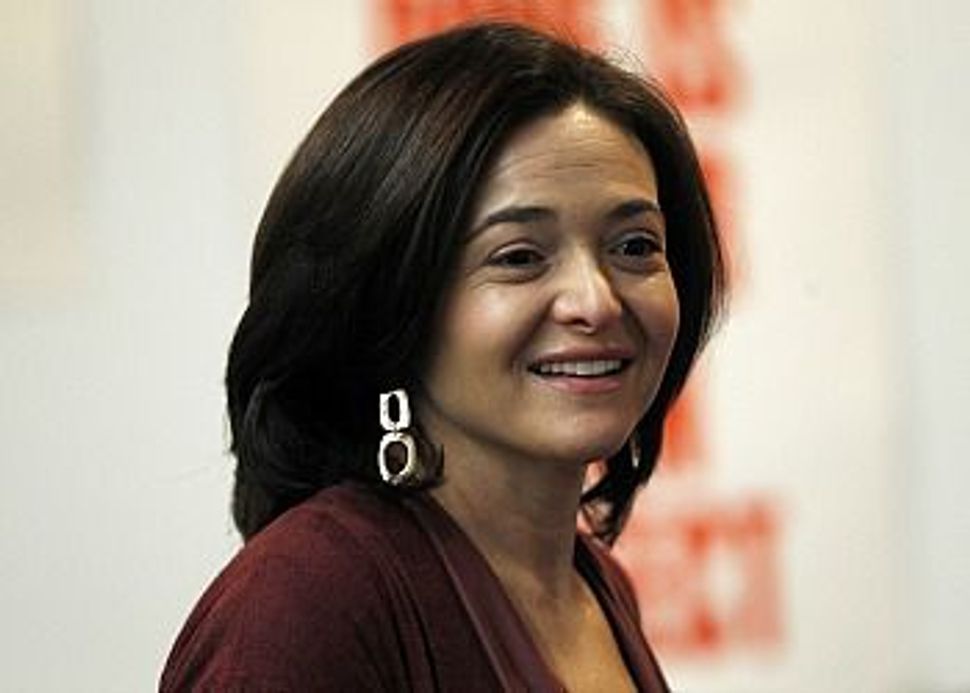 Can we all please give Sheryl Sandberg a break? I mean, come on. She is hardly the worst thing to happen to intelligent women since the “Real Housewives” franchise, and yet, for some reason, we are treating her like she is public enemy number one.

Her new book and media campaign “Lean In,” written to help empower women to “achieve their full potential” at work, have been met with contempt by both Jodi Kantor and Maureen Dowd in the New York Times, Jessica Grose over at Slate, Melissa Gira Grant in the Washington Post, and here on the Sisterhood by Renee Ghert-Zand. There is even a mostly media-manufactured catfight between Sandberg and Anne-Marie Slaughter (you can read about it in the Kantor piece), author of the Atlantic article on work/life balance heard round the world, who believes we should be putting pressure on institutions to change.

The conclusion is that Sandberg is an elitist who blames women for their lack of success. That because of her money and power she has no idea what it feels like to make choices between work and family. And that because she wants women to grab a hold of the clutch means that she is letting everyone and everything else off the hook.

I don’t entirely disagree. There are flaws in Mission “Lean In,” from the idea of building a social movement top-down instead of bottom-up and the reality that Sandberg’s advice only works for professionally ambitious women working white-collar jobs. And then, of course, the point that it is hard to lean in when you have nothing to lean into. In fact, while the whole word was gushing about her “Lean In” speech two years ago, I was the one of the only ones to point out that we can only lean in so far without institutionalized support for making and taking care of babies.

But why have these oversights completely dominated the news coverage on what should be a celebrated moment? We have a successful woman who has made promoting women in the workplace a front page story — something that even, like, my “we thought feminism was over” uncles are discussing, and something that Yahoo’s Marissa Meyer is being criticized for not doing — and all we can do is cut her down?

Sandberg never claimed that her advice is for all women everywhere. And she never promised us the world. She isn’t saying, if you lean in you will inevitably rise to the top, or inevitably get support from your workplace and partner when it comes to pregnancy and childcare, or not freak the you-know-what out when you learn that your kid has a science project due tomorrow after a 12-hour day at the office. Unfortunately, though I am sure she wishes she could, Mrs. Sandberg can’t control all of this.

Though what she does know is what worked for her. And that is just going for it. Ignoring all the internalized sexist messages that women aren’t capable, or strong, or worthy, or that we are genetically programmed to love changing diapers and feeding babies from our teats at 3:00 a.m. instead of leading meetings, directing films or splitting particles. You may not get exactly where you want to go if you lean in, but you will be likely be closer than if you hadn’t tried at all.

For the feminist movement to have, well, movement, we need more voices, more encouragement, not less. This is not a zero-sum game where pushing women to be ambitious automatically means that we shouldn’t also push institutions to be more supportive. We need it both ways.

As for the elitist thing, well, last I checked, it is pretty common to seek advice on a subject from those with experience. Would you rather read a book by the woman who doesn’t have an amazing job and the ability to leave at 5:30 p.m.? I’ll stick with Sandberg, thanks.

Give Sheryl Sandberg A Break