I’m a Mother, Not a Baby Machine 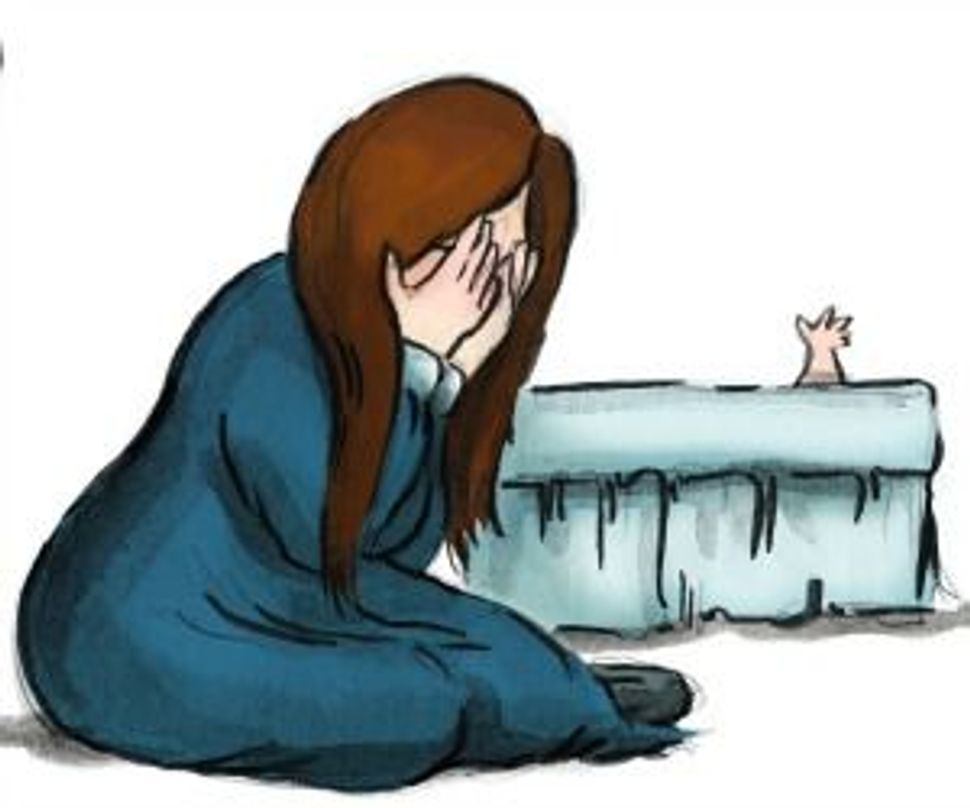 My story about the crushing pressures ultra-Orthodox women face to raise large families touched a raw nerve. The story went live on the Forward’s web site on Monday, March 11. By that night, I was sorting through an avalanche of emails from people within and out of the community, from those who sympathized, and those who were enraged.

My words seemed to evoke a strong, visceral reaction. By Tuesday morning, there was an online response written by Rachel Freier, a Hasidic mother and practicing lawyer.

The article was a sincere but formulaic repeat of the worldview I’d grown up in, the very one that led to the nightmare I found myself in as a young, Orthodox mother. Rachel explains that orthodox women feel that it is the greatest blessing to have many children; it is our joy, our purpose, our legacy. She said Orthodox women celebrate this decision, and do not want the kind of life led by secular women, one invested only in her career and profession, something that does not bring true happiness.

I agree. I never wanted a career. I never desired a profession, nor thought it would bring me happiness.

I am not a lawyer. I am a stay-at-home mother of three children. I write my articles starting 9 pm, after my children are fast asleep. But I still do not want a large family.

Within the regimented mindset of the ultra-Orthodox world, there is a neat and tidy summation of the outside world, one that is repeated like a mantra. That wholly inaccurate mantra is that all secular women pursue full time careers, eschew children like the plague, and in the end live lonely, empty lives regretting the happiness they could have had.

All the while, they stare in envy at ultra-Orthodox women and their 57 grandchildren.

There is one problem with this often heard refrain: the vast majority of secular women have children. They just usually have a few instead of a lot. The subject of motherhood vs. career and how to balance the two is a perpetual and lively conversation in the secular world, because secular women love their offspring too. They love them dearly so, but like many, they need to work, be it in consuming careers or simple jobs, so they grapple with the issue of how to manage what is more important in their lives with what is less.

The thing that is lacking in the ultra-Orthodox world, and so pervasive in Rachel Freier’s response is introspection; the ability to look inside yourself and see things as they are, and not the way you decided they must be. There is a disturbing level of denial within the religious Jewish community that further reinforces the lack of balance, moderation, any sort of reasoning, and with it the ability to have an honest conversation about motherhood.

It is impossible to explore any subject matter when the dogma so deeply embedded in our minds are the only truth we know. And the ‘truth’ we were taught, absorbed as fact, from the day we were born is a black and white version of the world that does not exist; that any normal woman wants as many children as God gives her, or she doesn’t want children at all; that any sane woman has the warm, maternal instincts crucial to motherhood and the desire for as many children, or she does not have maternal instincts at all. And the women who lack these natural instincts that make one a mother, and therefore a human being, are deeply damaged.

My hell began when I said I want to be a mother, not a baby machine.

You write of your vivid memory of your classmates in law school who, in an argument over a woman’s right to abort, told you that, of course, you don’t resent your pregnancies; you come from a warm, loving Hasidic family where children are yearned for and valued, and therefore are incapable of relating to those less fortunate and those who opt not to have children. And then you added, “…I regret if I appear insensitive to others when expressing my pride in being a yiddishe momme to my children.”

Because you forgot to tell your fellow classmates in law school of the many families of eight and 10 whose homes are not warm, nor loving.

Some are dysfunctional and nightmarish. In some the mothers, without the resources, support, physical or emotional ability to raise large families, have long stopped functioning as mothers. And in some, the fathers, unable to deal with the financial and daily pressures, are mostly absent, or abusive.

You forgot to tell them that for many of us, the depression, dread and anxiety of what you describe as “those periods” don’t pass like a bad cold or a teenage phase. They drag on because the problem that bought on the dread to begin with is still there, and with every additional child, aggravated.

The problem is too many children. And that after a lifetime of indoctrination it is nearly impossible for most women to realize that they can be good mothers with the maternal instincts we all share with three children and no more.

They have a right to say, “Enough,” after less then six pregnancies. And that this does not make them a damaged person.

In the Torah it says, pru urvu, be fruitful and multiply. It does not say, be fruitful and have at least a half dozen, but preferably a dozen, children. That rule was set down by rabbis and a community that developed cultural norms so deep, they are more binding on women than any actual Jewish law.

Motherhood is beautiful: it makes up the deepest part of ourselves.

But motherhood is also complicated; it requires that the right factors and resources, physical, emotional, and mental, be in place to function and thrive.

When you ignore so many of those factors and the devastating impact it has on women and mothers, you take what is our greatest blessing, and turn it into a curse.

When you deny a reality that lives on in your own world, you are not discarding my opinion, that of Judy Brown. You are discarding hundreds of women walking the streets of your own neighborhoods. It is their agony and suffering that you refuse to acknowledge, for it is they who will always remain silent.

I’m a Mother, Not a Baby Machine