A Game of Our Own 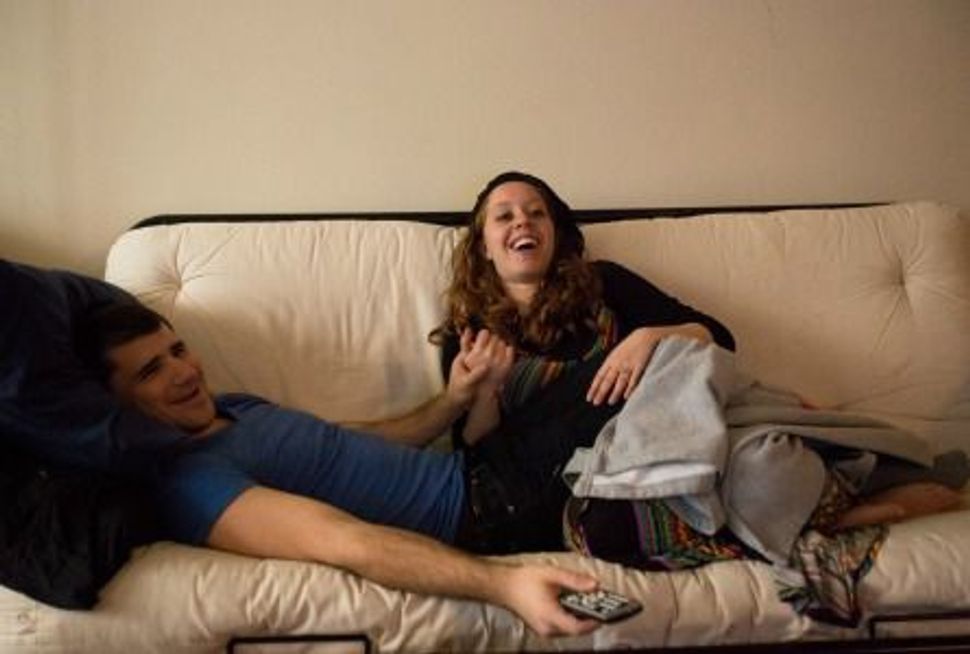 Simi and Jeremy created their game so they would spend less time watching TV together. Image by Claudio Papapietro

The other day, I whined to Jeremy that we spend too much time watching television together and not enough time doing interactive activities.

“Let’s get a puzzle!” I suggested, already picturing us sprawled out on the floor, putting together a 1,000-piece puzzle, nonexistent fireplace warming our nonexistent Golden Retriever by our sides.

“I don’t like puzzles,” Jeremy immediately vetoed. Well, we didn’t have a fireplace anyway. I could give up on that dream until we do. “But we could do my Star Wars lego set together!”

We agreed we should do more things together, but were stuck on the precise activity we’d engage in.

“Let’s see if we can count the states!” I exclaimed, thinking of the Friends episode where they all try to name the states. It looked fun when they did it. Jeremy protested that I would be competitive about that too, but I insisted. We got 46 of them and immediately and forever felt ashamed of ourselves and our college degrees.

The next suggestion was Jeremy’s. “Let’s try and guess the heights of different celebrities.” It sounded dull, but we gave it a go. And that game carried us through the evening.

“Keira Knightley,” one of us would say, and we would each give our guess. Then we’d look it up. It was fun, and it didn’t really feel all that competitive because we were both equally bad at it.

It’s become our game now. We’ll be sitting reading and Jeremy will say, “Jon Stewart.” “5’10””,” I’ll reply, and Jeremy will give his guess. Then we’ll look it up, and it will start a conversation about how Jeremy saw him live and that’s how he knew Stewart is actually quite short.

I read so many articles about marriage advice — how to have a happy marriage, how to have a successful marriage. And much like diet advice in glossy magazines, it seems to me if there really were one true trick, we wouldn’t keep writing about it. But a constant refrain is to communicate. And while usually that means talking about the bigger things, I think it means talking about the little things too. To share the silly thoughts and the nonsense games and to be friends as well as partners. So to me, our game represents that. It means that Jeremy and I are weaving in friendship as we stitch our lives together. And I think that’s just as important as sharing our goals and dreams with each other.

And in case you were wondering, Jon Stewart is 5’6”.

A Game of Our Own