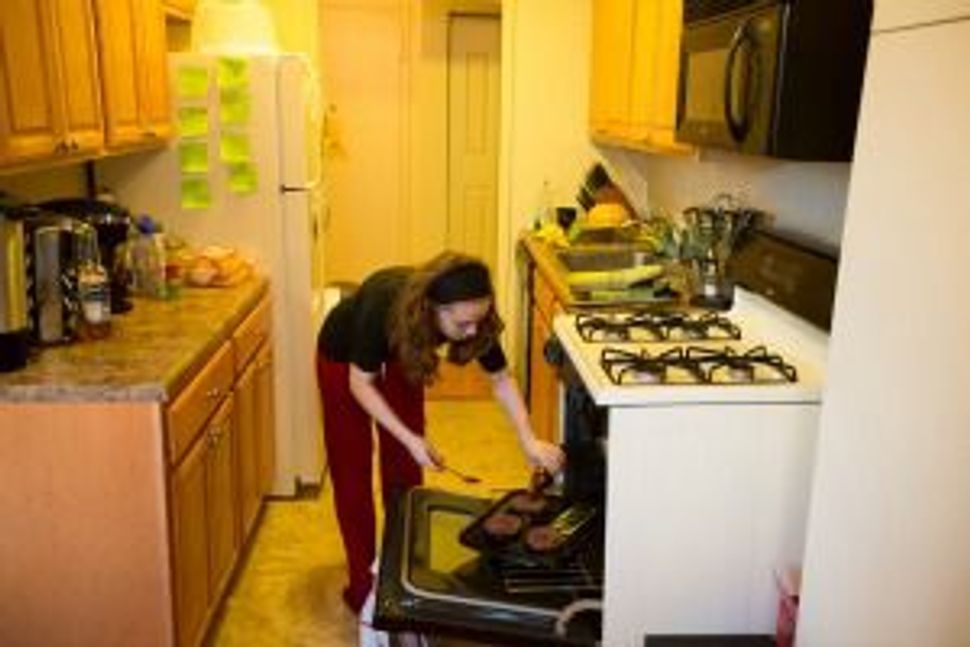 No, that?s not a bun in Simi?s oven. Image by Claudio Papapietro

In case you haven’t read my last blog: I’m not pregnant. Nor do we intend me to be anytime soon. But of course, as everyone likes to remind me, “Man plans and God laughs.” Or “You might change your mind and want kids sooner.” Or “birth control is only 99% effective, you know.” (We know.) So when will we have kids?

There was recently a Jezebel article about the problem with the idea that there’s a “right time” to get married. Her point, which I agree with, though perhaps not in the same angry way, is that each woman has to decide for herself. We don’t need people telling us the correct age to marry. (And, I would add, finding the right person to marry isn’t exactly something you can schedule. Or, in other words, man plans and God laughs). We have to make that decision for ourselves as individuals. The same thing applies to having children.

Telling a woman when she should have children is like informing a stranger that he or she should really buy a house now, because the timing is perfect. So many factors go into such life-changing decisions that even if, statistically speaking, one age is best in general, that in no way should affect how each individual plans such a thing. Assuming that individual wants to have children — or buy a house — at all. 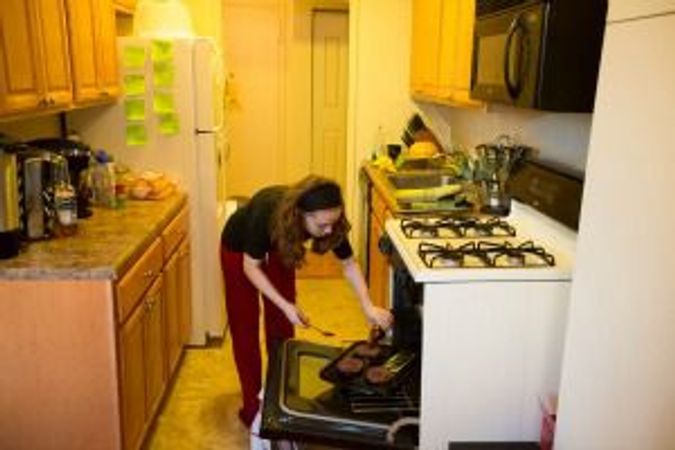 No, that?s not a bun in Simi?s oven. Image by Claudio Papapietro

For every big decision, a Modern Orthodox person or couple is saddled with the friction inherent in being both modern and Orthodox. The first commandment in the Bible is to “be fruitful and multiply.” It’s not only part of our religion, it’s essential to its continuation (no pressure). When Orthodox couples date, they never ask each other whether they want to have kids. They ask each other how many. I, for one, grew up knowing I would have kids before I knew how to make them.

But then there’s the modern part of being Modern Orthodox, which means we don’t feel pressured to have kids right away. Do we push it off until I’m settled in my career? Have them young while I’m still in a flexible entry-level position? The news is full of answers, of course, and I read those articles with curiosity, but never with the goal of making a decision, because our decision is our own.

So what have we decided? We’re going to wait a few years. The main question, now, is how many kids and how many years. And we don’t know the answer to that yet.

We need financial security. We need to feel comfortable paying for our babies’ diapers and still be able to put money away for their college tuition. We want time with each other before devoting ourselves to our kids. We’re not having kids right away because it’s a mitzvah to have kids, and we’re not pushing it off until we’re 35 and have the perfect jobs. We chose a time frame that works for us, or at least seems right to us now. That can change, of course, but I’ve learned never to make plans and assume they’ll work out perfectly.