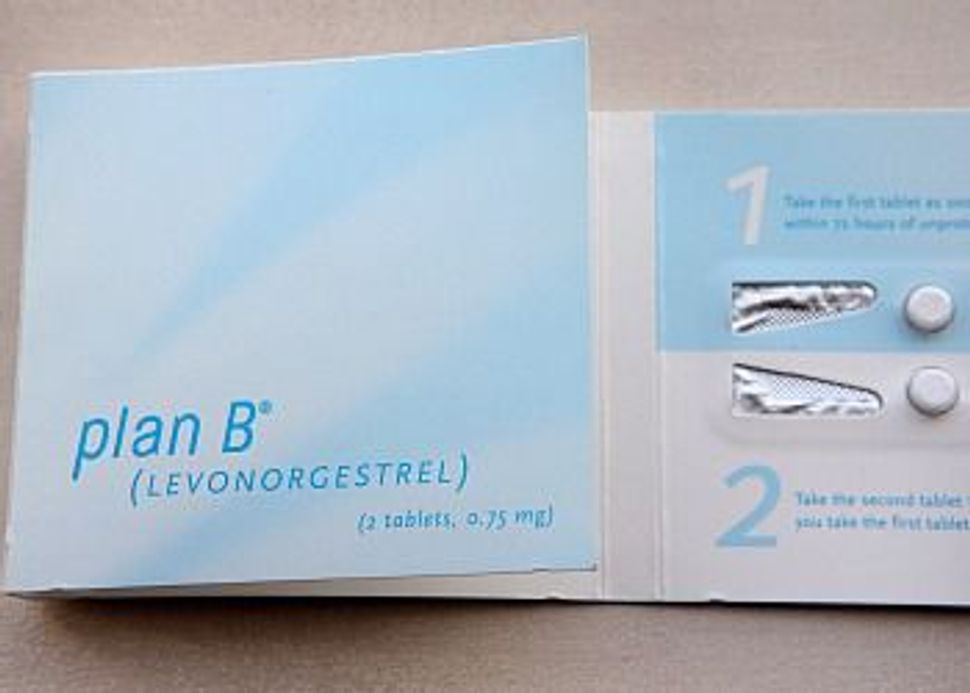 For all the Obama Administration’s alleged embrace of science over ideology, it is still stalling and stonewalling one of the most obvious pregnancy prevention measures around: the easy availability of emergency contraception (EC), or the morning-after pill, over the counter to consumers of all ages — and genders. Even after being roundly chastised by a judge for “intolerable delays” in making EC over the counter, why is the Obama Administration not quietly letting that judge’s decision to allow Plan B over the counter, instead defending age limits on the drug in court?

The NYTimes explains the appeal:

The appeal reaffirms an election-year decision by Mr. Obama’s administration to block the drug’s maker from selling it without a prescription or consideration of age, and puts the White House back into the politically charged issue of access to emergency contraception.

The Justice Department’s decision to appeal is in line with the views of dozens of conservative, anti-abortion groups who do not want contraceptives made available to young girls.

Ultimately, the availability of Plan B over the counter for more people than before — those age 15 and up — would be an improvement. But the ID requirement still leaves younger women and undocumented immigrants in the lurch, as many advocacy groups noted this week. To put it more bluntly, those who are the most vulnerable to sexual assault or coercion are also the least likely to have the demanded ID. Yet from a public health perspective, the more Plan B available, the better.

What is the point?

We’re still in a collective tizzy about “our daughters” being sexually active — such a tizzy that we ignore the fact that the sex has already taken place when Plan B is needed. President Obama was criticized for pandering to conservative impulses when he used the “as the father of two daughters” shtick the last time his administration circumvented science, but clearly he went for that messaging for a reason — it works.

Many parents, even liberal ones, are concerned about Plan B somehow fostering an environment that tacitly encourages young women to have sex. They’re also worried about young women putting powerful hormones in their system. The latter is more understandable, but at the same time, it’s nothing compared to the hormones going into a young woman’s system when she’s pregnant! Besides, Physicians and the FDA have acknowledged the drug’s safety.

“My colleagues and I know that emergency contraception is safe for use by teens of all ages,” Physicians for Reproductive Health (Physicians) Board Chair-Elect Dr. Nancy Stanwood said in a statement earlier this week. “It is safer, in fact, than Tylenol and other products sold directly from store shelves, without prescription or identification requirements. Studies show that teens, like adults, can follow the instructions safely.”

Indulge in a thought experiment with me: Imagine any kind of medication at all, sexuality-related or not, being kept off shelves because categorical fear of young men misusing it was too great. It defies logic; that kind of thing would never happen.

Condoms, diet pills, drugs like Tylenol and sleeping meds like Nyquil are freely available everywhere at a much lower price point than Plan B. Furthermore, common sense tells us that the placement of the drug in pharmacy aisles doesn’t influence teen sexual development as much as more emotional factors: peer groups, family, romantic interest in a certain person three desks ahead in Chem class, knowledge, self-esteem and general culture. All of this is far more important than a decision about protecting public health for the most number of people in a manner that has been approved over and over again by impartial experts.

The appeal may be about precedent. The HHS is eager to show it’s boss over the judge that ordered the drug available. But this is a cowardly move by the administration, no matter how many young daughters its members want to keep away from puberty and its consequences. Let’s fully free Plan B from behind the counter — emergency contraception should be accessible to everyone.