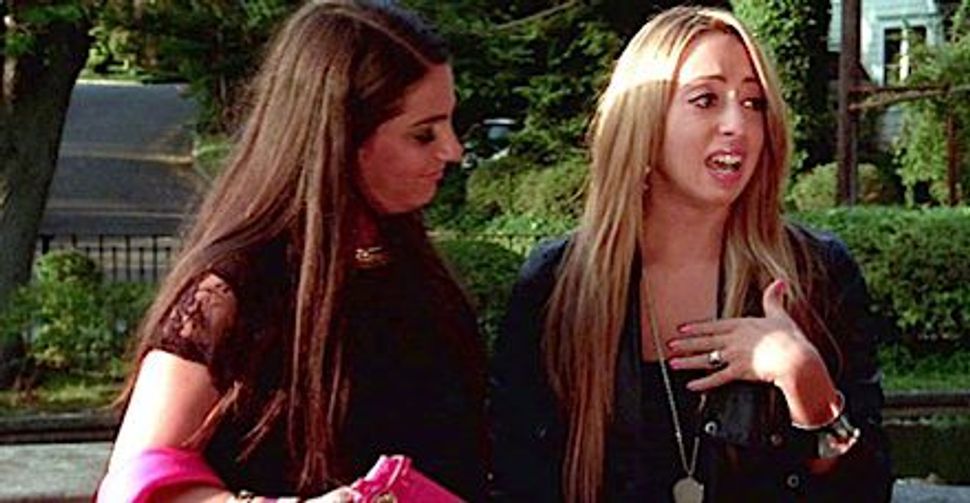 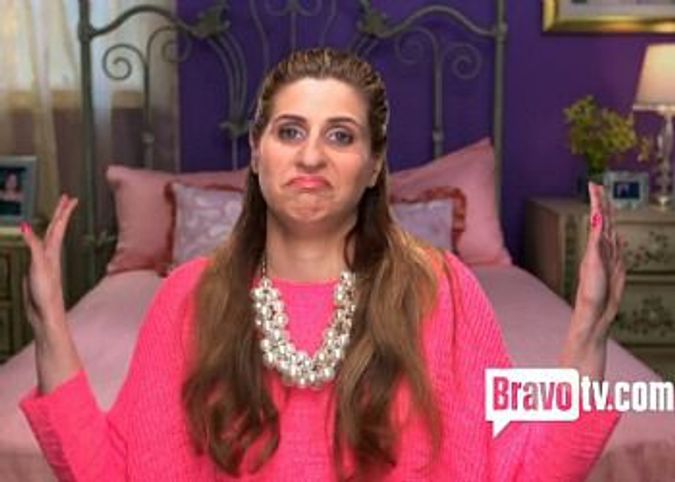 The first — and likely only — season of Bravo’s reality show “Princesses: Long Island” aired last night. When the show premiered, several writers here at the Sisterhood, myself included, weighed in on what we thought of the show’s portrayal of 20- and 30-something Jewish women on Long Island. Although plenty of viewers were outraged by the show, I’m a big fan of reality TV and don’t think that a single reality show can change the way people view a specific group or culture. But how do I feel after 10 episodes of “Princesses”?

The finale centered around the Rosh Hashanah and Yom Kippur holidays and the concept of tashlich. In the penultimate episode, there was an argument at a winery that resulted in Ashlee, the cast’s standout horror show, having a panic attack and going to the hospital, where she was … given a Benadryl. The group’s ringleader and wannabe peacemaker, Chanel, suggested a meeting of all the cast members (er, “girlfriends”) to make amends and apologize for everything they’d done to each other during the year (aka “season”). There were a ton of tears, but there very little real emotion — and that summed up the problem with this whole show.

By the end of the season, I was less and less enthusiastic about watching each episode of “Princesses.” I found a few of the women — mostly Amanda, whose over the top relationships with her mom and boyfriend provided desperately needed comic relief — engaging, but as the show dragged on it turned into your standard reality show fare, with fights about flimsy disagreements getting dragged out and rehashed for three episodes. While “Princesses” had its entertaining moments, its biggest flaw wasn’t the way it portrayed Jewish women — it was the way that it was pretty boring.

Bravo has been guilty of trying to push all of their reality programming into the “Real Housewives” mold — people “meeting for lunch” to talk about a conversation about a previous conversation and people taking sides like middle schoolers choosing teams at recess. Almost every reality show gets to that point, but “Princesses” got there faster. The fact that the series didn’t get a reunion episode is almost certainly the kiss of death, and “Princesses” seems likely to be a one-and-done Bravo series like “Gallery Girls” or “Miss Advised.”

Ultimately, what does this mean for the Jews? Nothing. There’s no shortage of men and women willing to embarrass themselves on TV every day, and when this group disappears a new one will take their place. There have been plenty of embarrassing Jews on reality TV (case in point: Jill Zarin on “Real Housewives of New York”), and a single low-rated program isn’t going to change the way people think of the entire Jewish community. If the show comes back for another season, I won’t watch it — not because I was offended, but because I was bored.

By next Rosh Hashanah, the average TV viewer will have forgotten about “Princesses” and moved on to something else. But the closing segment of the show, with six grown women standing around crying and blubbering while awkwardly holding siddurim and waddling around in inappropriate footwear, will always be in my heart. And, probably, on YouTube.