Making Jewish Traditions My Own 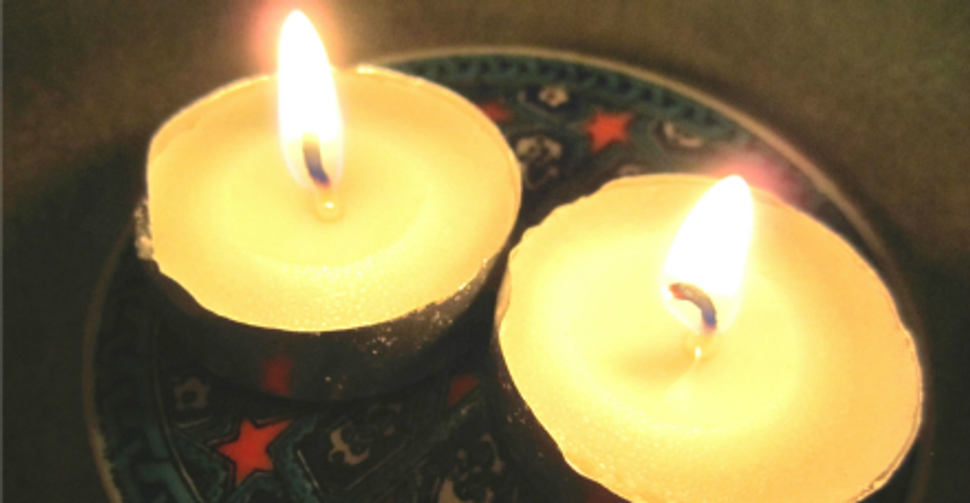 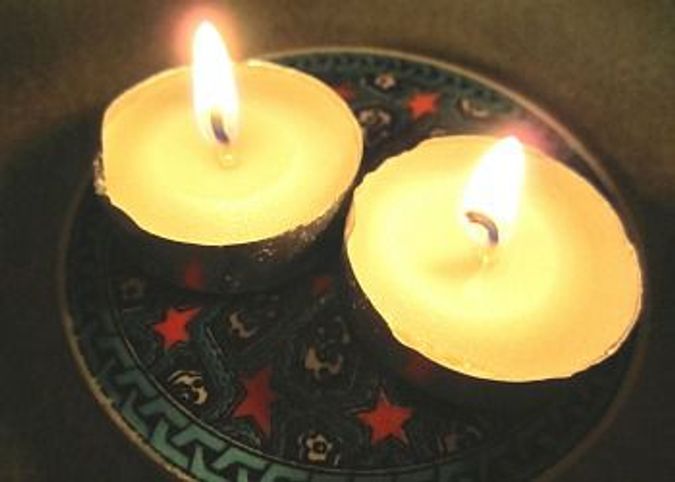 This is the first post in a series by Johnna Kaplan exploring aspects of Jewish life outside of her own experience.

Although I am proud to define myself as Jewish, that definition centers on what I care about and how I think, not so much what I do.

There are many traditionally Jewish things, like, say, swinging a chicken over my head at Yom Kippur, that I have no immediate desire to experience. But others, for some reason, I feel badly for not doing, the same way I feel bad about not regularly using eye cream. I wondered what would happen if I tried doing a few of these neglected Jewish things.

Would I somehow feel differently afterwards? Would I feel more involved or legitimate, like a “better” Jew? And why did I feel like I should do any of these things in the first place?

I decided to start with something simple, or so I thought: lighting Shabbat candles. I had done this a few times before, when living with more observant Jewish people, but it was a rare occurrence, and one that I’d never tried in a space of my own.

As it turned out, lighting candles is not as simple as touching a match to a wick.

First, I missed the Friday I had intended to light my candles. So I had to wait a week. Jewish traditions, unlike so much of modern life, can’t be shifted around for one’s own convenience. Given my unpredictable, work-at-home freelance career, it’s not at all uncommon for my “week” to last for 14 straight days before I decide it’s my “weekend” on a Tuesday. Shabbat candles, I felt, could not be lit on a Tuesday. So I waited.

Having had a week to prepare, I should have been ready when the next Friday rolled around, but my memory of how simple the whole process was made me put off preparing until Friday morning. Some time on Friday afternoon, I realized I didn’t have proper candles or candle holders. This discovery made me feel like an immature person with a make-shift existence, like a college student living in a dorm room eating dining hall cereal for dinner.

What I did have on hand was a jumbo-sized bag of tea lights, purchased somewhere around day 10 of the power outage that followed Hurricane Sandy. These were technically permissible (I looked it up.) As I stared at the tea lights sitting on my counter it occurred to me that a) they looked a little sad and b) letting them heat up on the laminate might not be the safest prospect. I went to tear off a piece of tinfoil and found I’d run out of tinfoil. At this point, I realized that I might just be a complete failure of adulthood, or womanhood, or both.

Eventually I decided to place the tea lights on a pretty ceramic coaster. That certainly made them look a nicer, but it bothered me slightly that I’d bought the coaster in Turkey. It seemed wrong to be looking at a reminder of Recep Tayyip Erdogan while ushering in the Jewish Sabbath. Yet there I was.

While waiting for the sun to set — or technically for the moment 18 minutes before the sun would set — I realized I had forgotten the blessing. More accurately, I remembered the beginning and the end but when I tried to say it in my head I kept getting lost somewhere between “b’mitz’votav” and “v’tzivanu”. I looked up the blessing online so I could memorize it again, which led me into an unforeseen Shabbat dilemma.

What I did not know, though in retrospect it shouldn’t have surprised me, is that there are different candle-lighting guidelines for married and unmarried women, and that there are several different opinions on how many candles an unmarried woman should light. Some sources I found said one. Some said two. Some said the one candle was because a single woman (well, they mostly used the word “girl”) would have a candle lit for her by her mother. My mother, I happened to know, had never lit a Shabbat candle in her life. Did that mean I needed two candles for myself? Could I, or should I, light a candle for my mother in an apparent complete reversal of previous millennia of Jewish custom?

I resigned myself to a sad, single tea light candle. Then I read another argument for two candles. I remembered lighting two when I’d done it on those few occasions before, but now I couldn’t remember if that was because I wasn’t alone. Had we lit two candles collectively, or two candles each? I had no idea, but I saw that this was a decision that could spawn weeks of research, and the sun was going to set in a few hundred seconds.

So I memorized my blessing and left my two tea lights on their Turkish coaster. At the appointed time I lit them, drawing their warmth to my face with my hands. I remembered that across the Eastern Time Zone, unknown numbers of women were doing the same, and soon the Midwest and West Coast would light up too, and in Europe and Israel the candles had burned out already, or maybe some of them were still lingering. A wave of tiny flames was making its way around the globe.

I remembered, too, what I had liked about Shabbat candles: their warmth and brightness, and the idea of special time off carved out from normal time, and life put on pause. But this time the candle-lighting only made me wish for a parallel life where I never ran out of tinfoil, where I already owned nice candlesticks, and where, perhaps, I did not have to debate with myself about one or two candles.

Making Jewish Traditions My Own