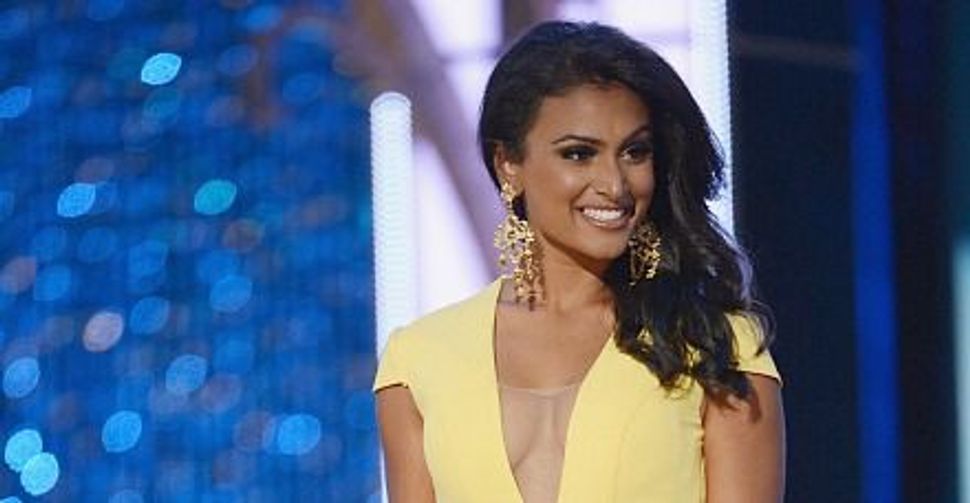 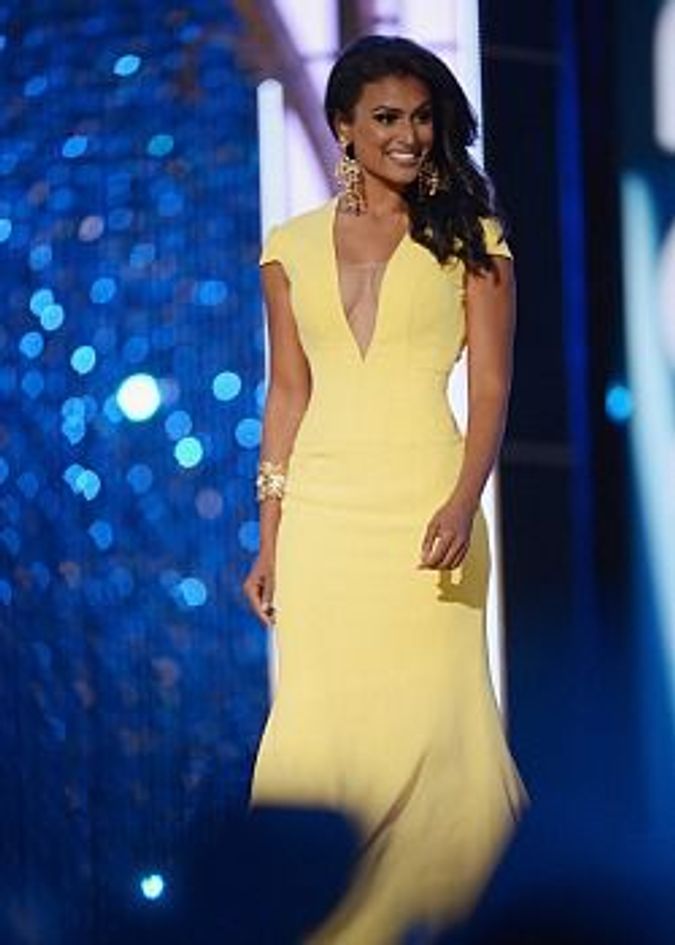 Miss America 2014 Nina Davuluri made headlines this past week — not just for taking the crown on Sunday night, but also because of a racist backlash that occurred after she won. The American-born Indian woman representing New York was accused of being “Miss Al Qaeda,” a terrorist, Arab, Egyptian and everything in between. Davuluri rose above the controversy, embracing her platform issue: “Celebrating diversity through cultural competency.”

But if Miss America is really about embracing diversity, why hold the Pageant during the High Holy Days?

This year’s event coincided directly with the holiest of days for Jews. Contestants arrived the day before Rosh Hashanah. The Boardwalk Parade was held on Yom Kippur (and while it’s true some contestants may have been “fasting,” it wasn’t for religious purposes…). No one reported any conflicts, so it’s safe to assume that none of the 53 contestants this year were Jewish, or at least they aren’t observant. Whether or not the timing of the national event dissuaded some young women from competing isn’t known, but I do know several pageant fans who did not attend the event in Atlantic City because of its proximity to Yom Kippur.

I suppose some of you might wonder if we should even care. Beauty pageants are controversial and many feel they objectify women. Perhaps this isn’t the message we want to be sending to our girls anyway, so who cares if there are conflicts?

Miss America’s motto is: Style, Service, Scholarship and Success. While it’s true that the first point is “style” — which is not necessarily in conflict with Judaism, but not a key tenet either — the other three are clearly in keeping with what Jewish children are taught. Take scholarship, which I wrote about last week in The New York Times. Davuluri used previous pageant winnings to help fund her undergraduate degree at the University of Michigan and she plans to use her $60,000 in scholarship monies won this year to help pay for medical school. Surely a focus on academic achievement is in keeping with Jewish tradition. One of the other centerpieces of the Miss America program is service, also a key part of Judaism with its focus on tikkun olam and mitzvot. Finally, the idea, as captured by Davuluri’s win, that the “American girl next door” might look different and have different beliefs, can inspire young girls of all different shapes, sizes, color, and religions to achieve success in a variety of realms.

Moreover, it’s not that Jews in general are opposed to pageants. The reigning Miss Israel, Yityish Aynaw, made headlines worldwide this year when she became the first African-born representative of the nation (she was born in Ethiopia). Last month the second annual (and highly controversial) Miss Holocaust Pageant was held in Israel with an audience of 2,000+ watching 18 women aged 70 to 94 compete (though it’s interesting to note that the event is actually sponsored by a pro-Israel evangelical organization).

The fact that there hasn’t been a backlash over the timing of Miss America over the High Holy Days is telling. But that doesn’t mean we shouldn’t care and that we shouldn’t push organizers to embrace all forms of diversity in America. Many school districts that have small numbers of Jewish students cancel school for Rosh Hashanah and Yom Kippur; some colleges do the same. So it’s not out of the realm of possibility to accommodate even a small minority who observe. Sure, professional Jewish athletes deal with this conflict (Sandy Koufax famously sat out of the World Series), but professional sports organizations like Major League Baseball aren’t presenting themselves as organizations that support and promote diversity either.

While in the end the choice is personal, let’s be sure all talented, service- and scholarship-minded young women have the opportunity to compete for Miss America in future years — if that is what they choose to do.

Hilary Levey Friedman is a Harvard sociologist and you can read more about her and her work at www.hilaryleveyfriedman.com.