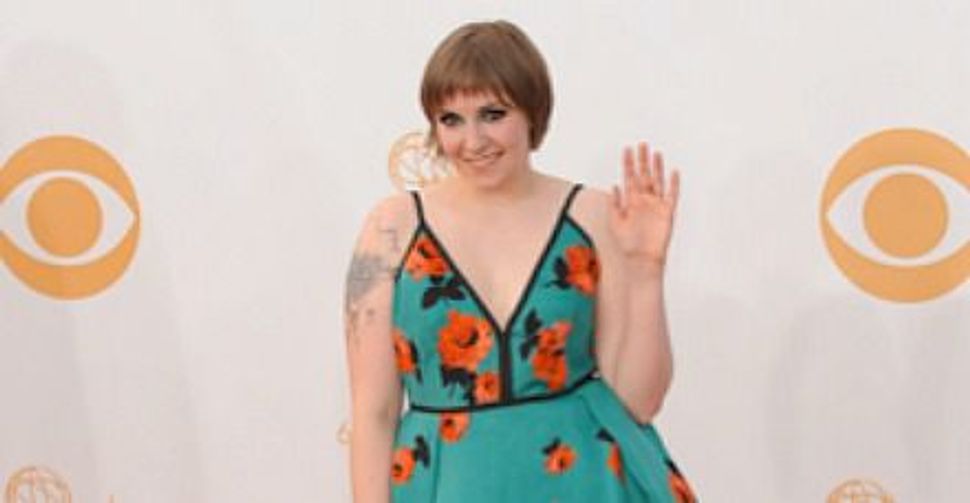 As the Forward’s Anne Cohen said this week, Lena Dunham’s dress at the Emmys was “awful.” I’ve never watched an awards ceremony in my life, but looking at the red carpet collection the next day is always something to look forward to. Oohing and aahing over stunning ensembles I could never afford is like treating myself to visual candy, and judging horrible choices allows me to indulge in my less-than-admirable love of criticizing. Enter Lena Dunham, celebrity idol to this writer, and lover of flashy outfits that never, ever flatter her. 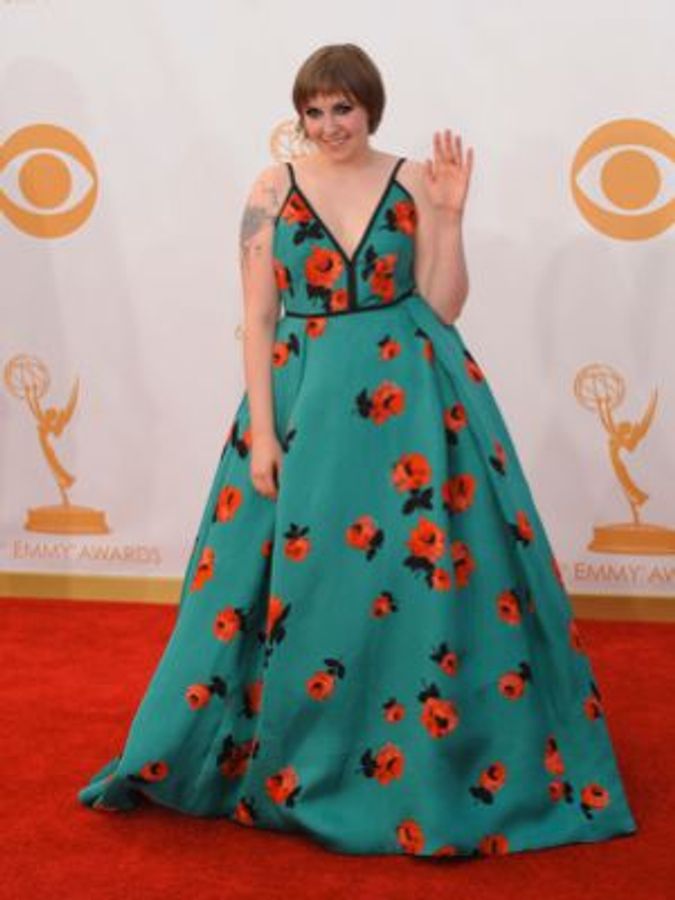 Lena Dunham at the Emmys. Image by Getty Images

Of course, I gasped in horror like the rest of America when I saw her dress. Fun pattern, happy colors, and oh-so-horrible fit. Now, Lena Dunham is not skinny. She’s probably about average, which makes her enormous compared to everyone else sashaying down the red carpet with their bony bodies. But I’ve met Lena in real life — I have an embarrassingly eager selfie with her to prove it — and she is by no means as “fat” as she pretends she is on “Girls,” where she clearly wears unflattering outfits to accentuate her imperfect — by American standards — body. In fact, when I first saw her at the ball I attended specifically to see her (have I mentioned I love her?), I didn’t recognize her. I expected someone much heavier. But she’s actually quite stunning. So why the unflattering dress?

Perhaps the point is exactly what we’re all missing: Wearing an outfit isn’t necessarily about looking as skinny as you possibly can. Perhaps attending an awards ceremony where you’ll be photographed by every member of the paparazzi in the country is about feeling good and having a good time — and wearing something you love. We all assume clothing should be worn to flatter our figures, we’re all questioning why Lena didn’t conform to this expectation, but maybe clothing is just a way to cover ourselves in something we enjoy looking at. Maybe our expectation is wrong.

Of course, there’s no way to know if Lena loved her dress. One would imagine that spending the money on a Prada dress for an event with 17 million viewers would mean that you did indeed love the dress. But then again, I’ve never been in that particular position so it would be hard for me to say. Either way, perhaps Lena wore exactly the right dress the other night.