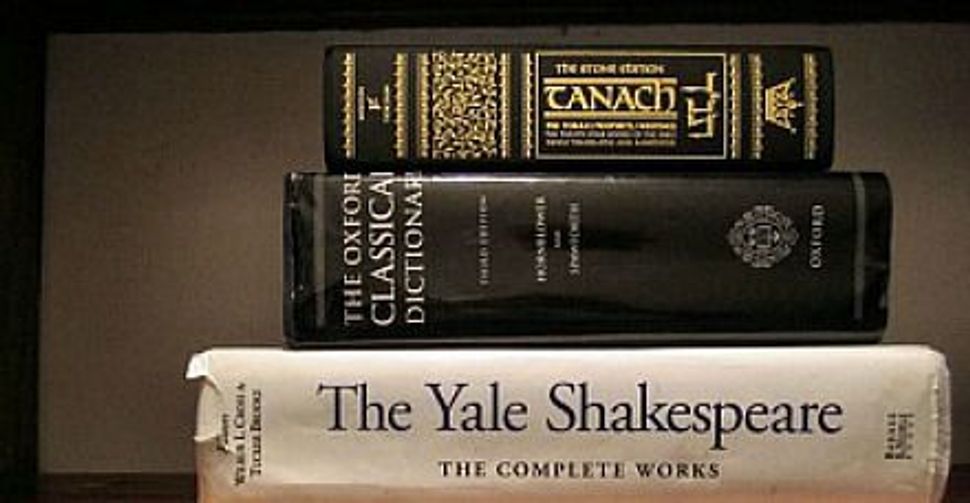 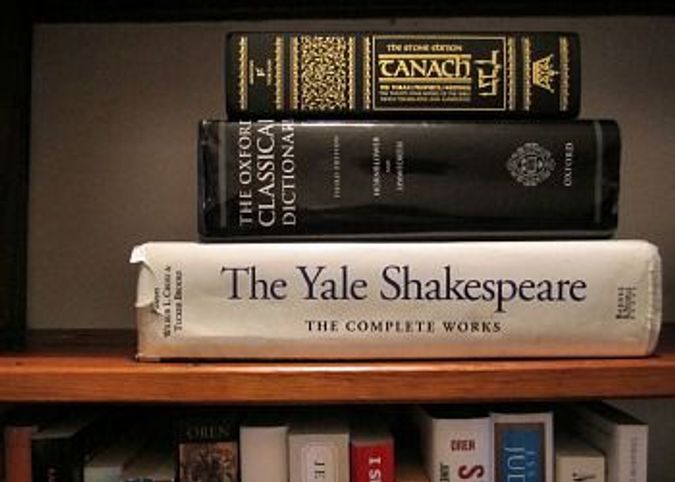 This is the fourth post in a series by Johnna Kaplan exploring aspects of Jewish life outside of her own experience.

Last week I opened an Amazon box containing a Stone Edition Tanach. It is the first tanach, or tanakh (or Bible, or Old Testament, or whatever you want to call it), I have ever had.

There’s no particularly good reason why before this moment I never owned the book that’s so central to the history and practices of the Jewish people. It’s certainly not due to an aversion to books, which I accumulate to an embarrassing degree. You could say that if the Jews are the people of the book, I am the person of all the books but that one.

My first encounter with a Bible story involved several illustrated children’s books, school library cast-offs that I quickly conflated into one large volume in my head. They told tales of different peoples, from Roman myths to Native American creation stories to Scandinavian folklore. One of them had a Jewish section; I vaguely recall dramatic drawings of figures like Moses. There was something about those stories that seemed important somehow, but not alive. I ignored it, and all the others, in favor of the bits about ancient Greeks, which grabbed me instantly.

Still, I knew somehow that the biblical stories were different than the others. Although they bored me, I was aware that they were “mine.” But I didn’t directly encounter them again until I grew old enough to become obsessed with musicals, and learned every word of “Joseph and the Technicolor Dreamcoat.”

In high school I took an English elective called Myth and Bible and read the stories straight out of the book for the first time. I suddenly realized their significance and how they permeated Western thought and literature. I understood that knowing them was part of being fully educated. But again, they were really just the less-entertaining opening act for the ancient Greeks. (I did note that at least the Old Testament was vastly more entertaining than the New Testament, which may have actually bored me to sleep.)

In college, in a dramaturgy class, we were asked to bring in a Bible one day to discuss its relation to something in Shakespeare. And everyone else in my class had one. I asked a Jewish friend who wasn’t in my program if she had one I could borrow for the day. She looked at me like I was asking if she had a hairbrush or a pen. Of course she did. This friend was not, as far as I knew, particularly observant. The most religious thing I had ever witnessed her doing was ranting on the phone at her father in Hebrew. But she had a Tanakh.

I don’t remember now what any of it had to do with what we were studying, or which play it was that required the biblical assist. But I remember distinctly the feeling that a need for the Old Testament could pop up at any time, and that maybe not having one at home was irresponsible somehow, like not having Band-Aids.

Yet it was a feeling I did nothing about, though I continued to learn more about Judaism, and studied (modern) Hebrew. I read biblical quotes here and there and found them poetic, even intriguing. I occasionally came across Bibles in far-flung hotel rooms and read a few psalms. I read many other books, in which that book was referenced as evidence of some aspect of Jewish thought or explanation of Jewish practice. I was fascinated. I just never bought one.

When I was growing up, books lined the walls of our house — classics and contemporary novels and obscure tomes of art and volumes of poetry. I am sure that if I went through them all I could find the seminal texts of several nations and traditions. Just not ours. Though many Jewish authors and themes were represented in my parents’ collection, there was some sense of pride that a Bible was not among them. As my mom sometimes says, when speaking of the lack of religious indoctrination in her own Jewish upbringing, “We didn’t need all that stuff. We knew we were Jews.”

Strangely, the one Bible in our house was a Lilliputian New Testament my grandfather had purchased at the Calgary Stampede. It was sold by the Little People of the freak show, who “lived” in a room full of such miniature household items. It fits in the palm of my hand with room to spare. A good disturbing story, but not much of a Bible.

When I finally decided to purchase a tanakh, I wanted the experience to be meaningful. Not on a religious level, but because of what I had intuited as a very small child with my illustrated mythology books: these stories are important. People devote their lives to studying this book, and give it a proper burial when it falls apart. It seemed choosing one to buy should be at least a little bit of a grave decision, perhaps involving hours of research and a trip to a Judaica store.

Ultimately, however, I went to Artscroll.com and browsed, feeling out of my depth, until I found something that looked like what I wanted. And then I found the same thing cheaper on Amazon.

After picking up my package at the UPS facility, I had to drive around for hours with it on the seat beside me. I was surprisingly eager to open it. When I finally got home and opened the box, there it was — all 2,000-plus pages of it, its black cover adorned with gold lettering. It read from right to left and opened the right way, i.e. “backwards,” which pleased me. And there, on its half-Hebrew half-English pages, before I even ready any words, I saw centuries of literary inspiration and the beginnings of an ancient heritage.

It felt like the first day of a promising new class. It was meaningful, even. Not a meaning that Torah scholars would recognize, I suppose, but it was satisfying to finally place this book on my shelf. Next to the Shakespeare, and all the ancient Greeks.