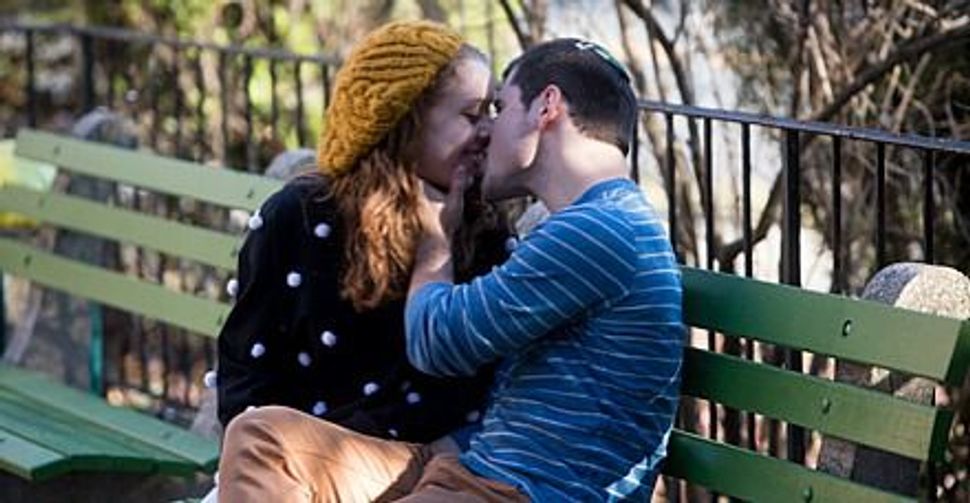 Editor’s Note: This is the concluding post in Simi Lichtman’s blog exploring her first year of married life as a young Modern Orthodox woman. Simi will still be writing for the Sisterhood blog and for the Forward. You’ll be able to find Just Married in Forward.com’s archives.

Jeremy and I watched a movie recently in which a couple getting married is told, “If you can make it through the first year, you can make it through anything.” Aside from that being just about the worst thing to tell a couple at their wedding, it just didn’t ring true. Is the first year really the hardest? About 10 months in, Jeremy and I are worried about the coming years, about what the future will hold, whether we will make it through challenges as yet unknown. But this year? We are in our honeymoon phase, aren’t we?

I posed this question to someone who got married about a year before me, and she responded, “We also thought that. But now that our first year is over, we realize just how much happier we are.” She pointed out that the first year is a time of settling in together, learning to live with each other and learning how to fight the right way. After thinking about it, I realized that even over the course of our first year, Jeremy and I have grown more comfortable with each other. We’ve rounded off each other’s sharper edges, or we’ve learned to accept them. We fight less because we know each other better — or because every fight we had at the beginning was resolved so we didn’t have to fight about those things anymore.

We’ve nearly made it through our first year. We’re more of a team now, more so that married couple who know each other so well we can communicate with our eyes across the dining room table (sorry, guests). But we don’t know each other so well that we’re bored. We’ve gotten through the hurdles of figuring each other out, but we haven’t really been faced with an outside challenge, with the bigger problems that life may hold for us. The first year is ending, but that just means there are many more years of relationship building and testing to come. We have decades of happiness and love to look forward to — but also to prepare for.

With the end of this first year also comes the end of our first-year blog. It was a blog that I wrote on my own but that we went through together. I would write, and Jeremy would edit. He would point out when I was smoothing things over or when I wrote something less than fully truthful. The blog was by me, but it was about us, and it was never anything less than a team effort.

This blog gave me an incredible opportunity; not only for my writing career, but for my marriage. It allowed me to reflect on episodes that might otherwise have passed unnoticed. It made me think about what was meaningful in our relationship, and then think about it again when Jeremy read it, think about it some more when my editor read it and then think about it once again when you, the audience, read it. I was comforted when my posts were validated by texts and emails from friends confessing to similar feelings in their own lives, and humbled by the knowledge that my blog post had helped them feel understood. I was challenged by many readers and commenters, and learned to sift through those challenges to find the questions that could teach me lessons.

It was easy enough to view this blog as a mouthpiece for all Modern Orthodox, young married couples. But what was more true, and what was harder, was to see this blog for what it was: An insight into just one marriage that at times represented others, but many times was just about us. As I grew more reconciled with this idea, as I grew to trust you as readers, I let this blog get more personal and sensitive, and I was rewarded for it.

With the blog ending, my hope is that I can remain just as reflective on life’s smaller and bigger lessons, and on the moments in our relationship that hold a deeper meaning. I can’t believe that a year has gone by. I can’t wait for the ones that will come.